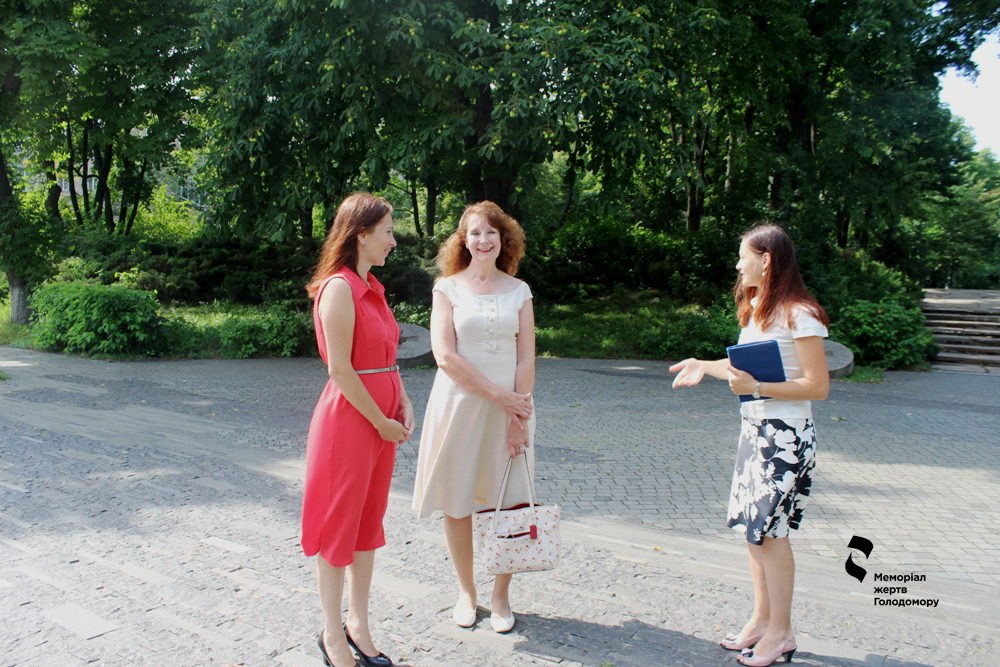 Director showed the Memorial and the Hall of Memory to the visitor, acquainted her with the history of Holodomor, and told her about the activities and the plans of the institution.

Susan shared with the plans and goals of the Foundation, which has been created this year, and, besides the main office in Philadelphia, it will have the office in Kyiv. The main purpose of the charitable organization is to look for the partners for realization of different educational and historical projects about Ukrainian history, culture and life.

The meeting ended with the discussing of the cooperation aimed at informing US citizens about the history of Holodomor in order to pass the resolutions on the recognition of Holodomor as the genocide of Ukrainian nation.

Susan Guz is Ukrainian. All her life she has lived in the USA. Susan worked as executive assistant director of The New York Times. She is also Vice President of the U.S. Orthodox Church Parish in Philadelphia.