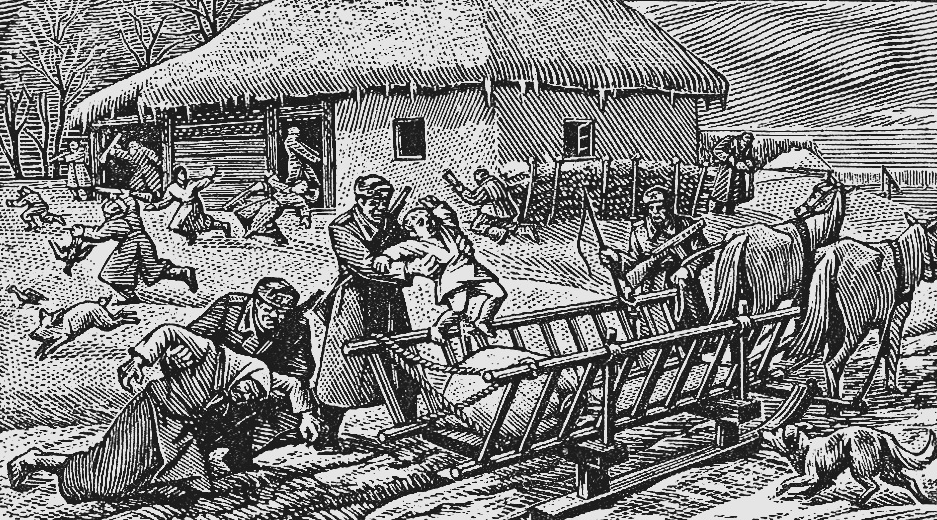 Genocide of Ukrainians: deportations and immigration

Current crimes of the Russian regime in Ukraine have all the signs of genocide. They are recognized as such at the legislative level. To realize the main intention of the unleashed full-scale war, the destruction of the Ukrainian nation, the Russians use all methods of genocidal actions specified in the UN Convention on the Prevention and Punishment of the Crime of Genocide: murder, inflicting severe physical and mental injuries, creating conditions designed to destroy the national group, preventing the birth of children within this group, forcible transfer of children.

The deportation of the population of the occupied territories to Russia is one of the instruments of genocidal actions against the Ukrainian nation. The Kremlin is again using this tool of genocide – large-scale forced evictions of Ukrainians were one of the characteristic features of the totalitarian communist regime of the USSR.

As a result of forced collectivization in the early 1930s in the Ukrainian SSR, “dekulakization” covered about 15% of farmers’ households. A specially created commission “to work out measures on kulakls”, headed by the chairman of the Soviet People’s Committee of the USSR, V. Molotov, divided “kulaks” into three categories: “counter-revolutionary active”: participants in anti-Soviet and anti-collective farm demonstrations – they were subject to arrest, and their families – to deportation to remote areas USSR; “large kulaks and former semi-landowners who actively oppose collectivization”: they were evicted together with their families to remote areas of the USSR; “another part of the kulaks”: they were settled in special places (villages) within the same districts. The criteria for inclusion in a certain category of “kulaks” were not clear, which made it possible to keep “on a pencil” all those who disagree with the collectivization policy.

Simultaneously with such repressions, they confiscated all farmers’ buildings, means of production, food stocks, seeds, etc. The implementation of the secret resolution “On Measures to Liquidate Kulaks Farms in Areas of Complete Collectivization” (January 30, 1930) took place as a real military operation. It took place in 3 stages. During the first (January-October 1930), 31,593 farmers families (146,229 people) were deported from the UkrSSR. During the second (March-September 1931), 32,127 farmers families (131,236 people) were deported to the northern regions of the Ural region. In total, from 1928 to 1931, 352,000 farms were destroyed, and 1.5 million people were robbed. Finally, the third stage was implemented in 1932-1933: about 1,900 families were deported in late 1932 and early 1933, as well as 9,500 families in late 1933 (to the White Sea-Baltic Combine). 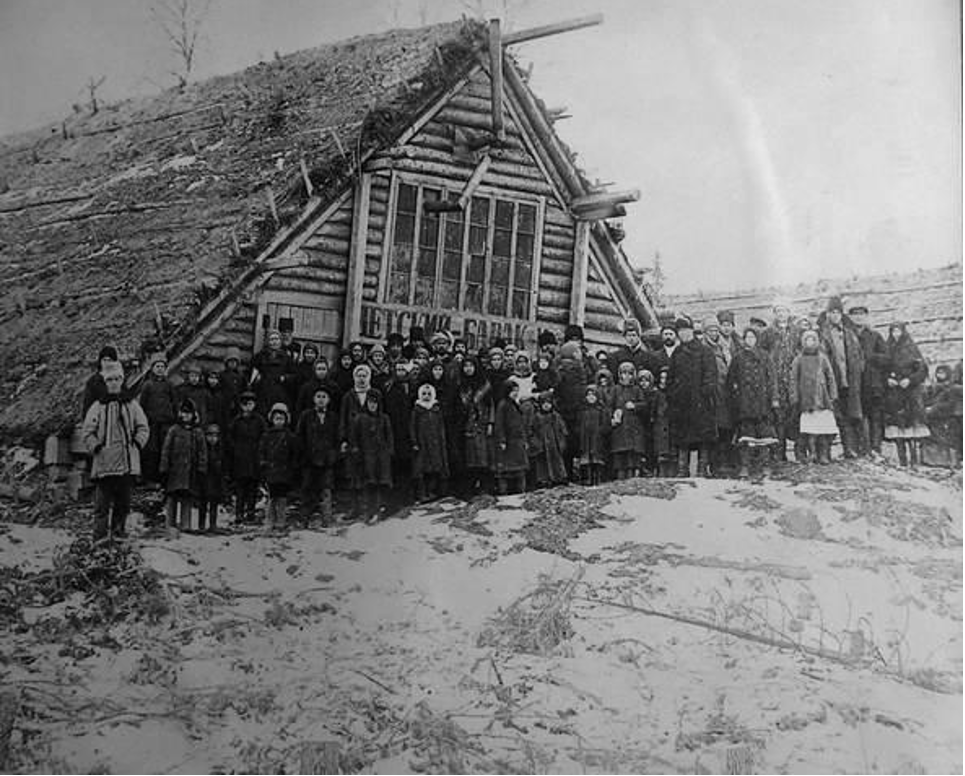 Since the end of 1933, after the Holodomor-genocide, people from the Russian and Belarusian “republics” were resettled in the steppe regions of the UkrSSR, from where an organized labor force was also recruited for mines and buildings, mainly in the Donetsk and Dnipropetrovsk regions. The change in demographic structures also occurred due to the immigration of the population from outside the UkrSSR to the leadership positions of the NKVD, other law enforcement agencies, party district committees, MTS of collective farms, educational institutions, etc. Immigration to the eastern and southern regions of Ukraine significantly deformed the national and linguistic composition of the population there, in fact laying the foundation for the thesis cultivated by the regime about the exceptional importance of these industrial regions. As a result of migration from that time and throughout the existence of the USSR, a process of amalgamation (in the socio-demographic sense) took place in the urban settlements of the Donetsk and Luhansk regions and the large cities of the Podniprovia – the merging of different national groups into a single social whole. The artificially created Russian-language informational and mental environment became fertile ground for Russian propaganda and disinformation, moreover, the formation and subsequent support of pro-Russian narratives by the Yanukovych regime played in favour of Russian aggression in 2014.

During the Soviet occupation of Western Ukrainian lands from the autumn of 1939 to the beginning of the German-Soviet war, about 1.2 million people were deported to Siberia and Central Asia. After the end of the Second World War, the totalitarian communist regime, unfortunately, was not condemned by the world, which allowed it to continue the practice of extermination and subjugation of the population of the controlled “republics”. In connection with the accusation of the Crimean Tatars of collaboration with the Nazis, in May 1944, 191,000 Crimeans were deported from Crimea to the Uzbek SSR and some regions of the RSFSR. Together with them, Greeks, Bulgarians, and Armenians (about 37,000 people in total) were deported from Crimea. A significant part of the “Ostarbeiters” returned from Germany, and captured Ukrainian soldiers were also deported.

The totalitarian regime once again carried out a series of deportations of the population from the annexed western regions of the Ukrainian SSR to liquidate the national liberation movement of Ukrainians. The largest of them was “Operation “West” – a punitive action of the USSR government against the UPA, the deportation of the population of the western Ukrainian regions, carried out in October 1947. A total of 203,000 people were forcibly deported from the western regions of Ukraine in the 1940s and early 1950s. Most of them ended up in Kazakhstan.

In addition to the loss of a large part of the population, western Ukraine experienced a significant influx of immigrants from previously occupied parts of Ukraine and other “republics”. For instance, during the period of the post-war Soviet occupation, the population of Lviv increased from 318 to 450,000, mainly due to the sending of about 100,000 Soviet workers and their family members from the USSR, whom local residents ironically called “asvabaditeli”. Most of them settled in abandoned and confiscated apartments and houses of Lviv residents.

In total, from the end of the 1920s to the beginning of the 1950s, 2.88 million dekulakized farmers and their family members were deported from Ukraine.

The war started by Russia in 2014 and, as a result, the occupation of Crimea, parts of Donetsk and Luhansk regions caused a new wave of migration – about 1.5 million of their residents left the occupied territories for the government-controlled part of Ukraine. At the same time, the policy of the Kremlin regime aimed at encouraging the immigration of Russians to the occupied Ukrainian peninsula. Even according to the official data of Russian statistics, during the 8 years of occupation, the population of Crimea increased by 200,000 people due to arrivals from Russia.

The current forcible deportation of Ukrainian citizens from the occupied territories of Ukraine to Russia is another large-scale act of genocide against the Ukrainian nation. Many Russian regions are in a deep demographic crisis and Russia is counting on the improvement of their demographic situation at the expense of Ukrainians. That is why many deportees under the cynical pretext of evacuation are sent to remote, sparsely populated regions.

According to the UN, as of September 26, since the beginning of the invasion, 2.772 million Ukrainians have arrived in Russia. There are numerous facts about the adoption of Ukrainian children by Russian families, presented by the propaganda machine of the Russian Federation as “saving children’s lives” but is a direct sign of genocide (“forcible transfer of children from one group to another”). Deportation also has a psychological component – to break a person, to make him powerless and completely controlled by a totalitarian regime. The Russians count on the quick assimilation of Ukrainians, their dissolution in the continuous Russian space. Commissioner for Children’s Rights in the Russian Federation Maria Lvova-Belova, commenting on the forced displacement of Ukrainian children, recently stated: “When we brought 30 children from Mariupol to the Moscow Region, they spoke negatively about Putin, spoke nasty things, and sang the national anthem of Ukraine. We’ll fix it.” Some of the deportees were later able to leave for other countries or return to Ukraine, but their number is unknown.

For Ukraine, the loss of more than 2 million citizens threatens deep depopulation of certain regions, cities and districts. In many Ukrainian cities and villages occupied after the February 24 invasion, the housing stock and infrastructure have been completely destroyed, there are no basic living conditions in the surviving houses, there is no possibility of receiving medical assistance, and there is a threat of starvation. “Creation of conditions designed to destroy a national group” is one of the signs of genocide.

Blocking the opportunity to leave for the part of Ukraine controlled by our government may cause the remaining residents to leave for the criminal country. A new risk of the occupation is the mobilization of Ukrainian men into the ranks of the Russian army. It is also a sign of the genocide of Ukrainians. At the same time, there is active “spying” of occupied parts of the Kherson and Zaporizhzhia regions by Russian citizens, because due to the lack of local collaborators, the occupiers want to ensure the functioning of illegitimate administrations, law enforcement agencies, educational institutions, etc. in the captured territories.

The de-occupation of all Ukrainian territories should rid Ukraine of all Russian illegal immigrants, including those who arrived there after 2014. One of the priority tasks of the Ukrainian authorities, even at the current stage of the war, should be the return of deported Ukrainian citizens.