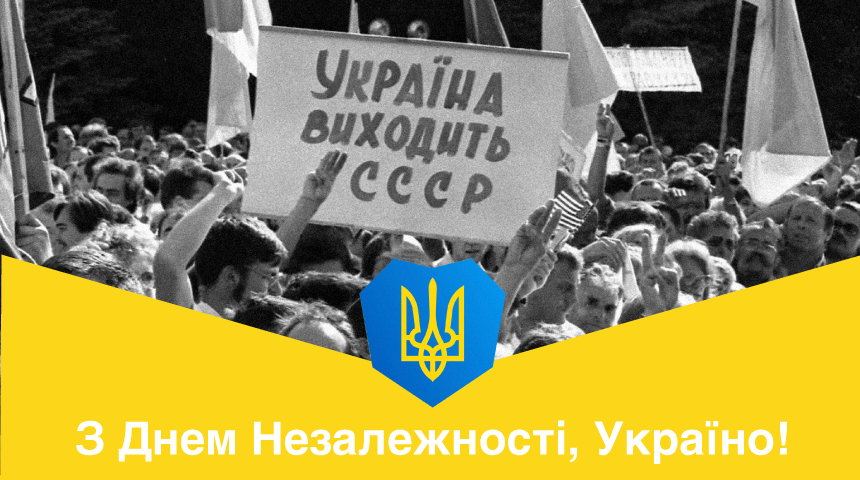 Today, the main holiday in the life of Ukraine – is Independence Day.

Until recently, we could hear that independence came easily to Ukrainians. But this is not the case at all. Everyone who has even a little interest in history knows what price our ancestors paid for Ukraine’s right to be an independent and unitary state.

We could celebrate the 100th anniversary of statehood if we had not been defeated for many reasons, including the lack of a strong Ukrainian army. But today we have a state and a nation, we are a subject on the political map of the world, and for half a year our Armed Forces have heroically defended our freedom in the conditions of a full-scale war waged by Russia. We are a shield for Europe and the whole world, an example of courage and dedication.

On this day, we congratulate everyone who was involved in the declaration of independence of Ukraine, who built our common state during the last 31 years, and who on various fronts – at the front line and in the rear, in the information space and driving a combine in the field – brings closer our victory, so that our Ukrainian family would continue.

Congratulations to everyone, thanks to whom Ukraine is and will be.

Victory to all of us!