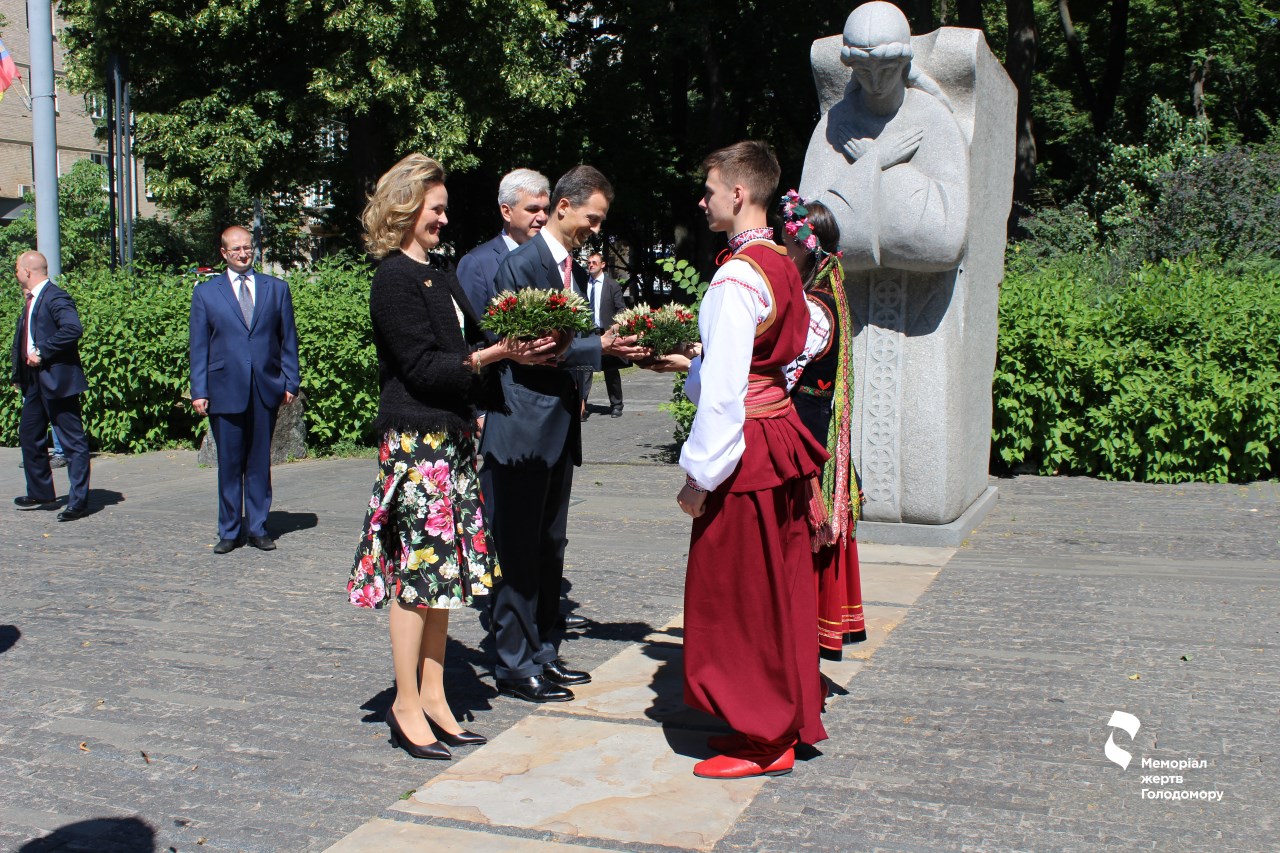 On June 6, 2018, Alois, Hereditary prince of Liechtenstein arrived on an official visit to Ukraine on the invitation of the Head of State Petro Poroshenko. The visit of the High Representative of Liechtenstein is the first since the establishment of diplomatic relations between the two countries (1992).

As the part of the official visit, Hereditary Prince along with his wife, Duchess Sophia in Bavaria, visited National Museum “Holodomor Victims Memorial”. The guests honored Holodomor victims by laying flowers and lighting candles on the altar of memory.

The museum’s staff acquainted the high representatives of the Principality of Liechtenstein with the history of the genocide of Ukrainian nation, which was executed by the authorities of the Soviet Union headed by Stalin in the early 1930s. The Hereditary Prince looker through the martyrology of the victims of the Holodomor in the volumes of the National Book of Memory. He was particularly interested in the issue of the destruction the evidences of a crime made by the Soviet Union – the prohibition to indicate the cause of the death in official acts as “starvation”, the falsification of statistics and the policy of denying and concealing the Holodomor. Duchess Sophia in Bavaria paid attention on the photos by Alexander Winnerberger, which were made in 1933 in Kharkiv, when the rank of mortality from starvation was the biggest. She saw these pictures for the first time.

The couple had an excursion to the “Bell of Memory” and the “Black Board” alley, dedicated to the memory of the inhabitants of Ukraine’s settlements, which were under the special repressive regime. Leaving the Memorial, Alois, Hereditary prince of Liechtenstein, left a review in the Book of Honorary Guests and wished Ukrainians to succeed in building the museum’s part of the memorial complex, dedicated to an extremely important part of the history.

As of today, the Principality of Liechtenstein has not recognized the Holodomor as a genocide at the state level yet.