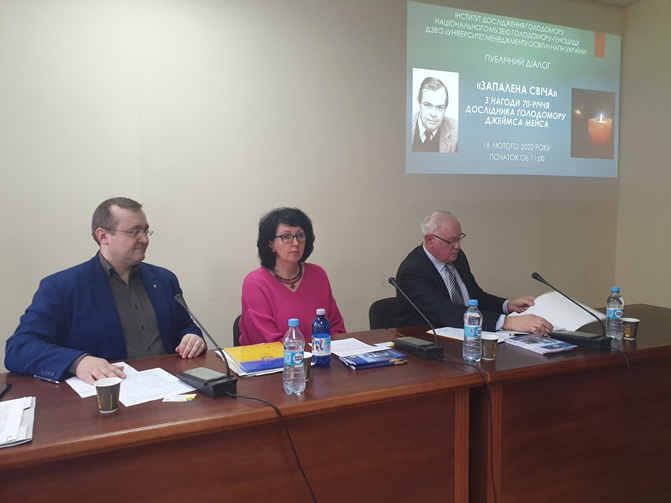 On the occasion of the 70th anniversary of the famous American historian, Holodomor researcher James Mace in Kyiv, a public dialogue “Lighted Candle” took place in the building of the University of Educational Management of the National Academy of Pedagogical Sciences of Ukraine. Holodomor Research Institute of the National Holodomor-Genocide Museum and the University of Education Management organized the commemorative event.

“Today we will talk about a figure who had a hand, mind, and heart in letting us know more about our past and especially about the tragic pages of our history – the Holodomor of 1932-1933,” said the rector of the University of Educational Management of the National Academy of Pedagogical Sciences of Ukraine Mykola Kyrychenko. “Because in the history of the world, there are not so many, I guess, nations that have experienced something similar. Let our past be a lesson to humanity, a reminder that such crimes must not repeat.” 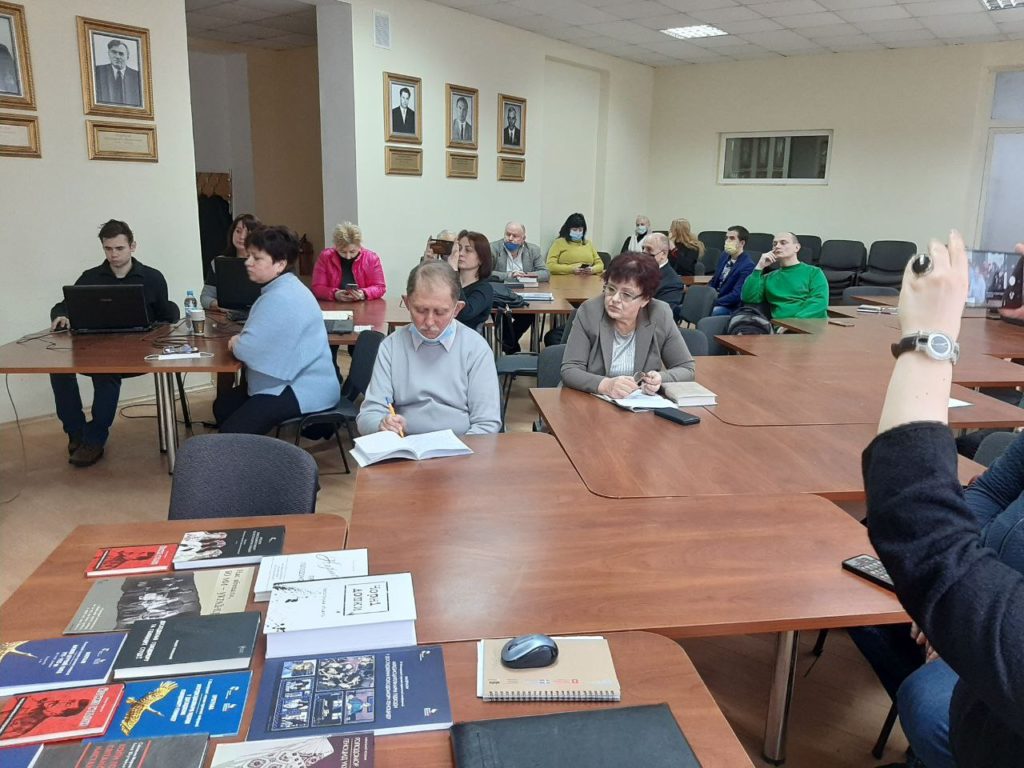 Svitlana Markova, director of the Holodomor Research Institute and doctor of historical sciences, called James Mace the “leader of public opinion.” “He was among the first Western scholars to study the Holodomor as a crime of genocide of Ukrainians and helped recognize the Holodomor as genocide in numerous countries,” said Svetlana Markova. – The scientific heritage of the historian is invaluable and needs further study, popularization, respect. To this end, we propose that the next edition of the Proceedings of the V International Scientific and Practical Conference, “Interdisciplinary Approaches in the Study of the Holodomor-Genocide,” be dedicated to the memory of James Mace and include speeches of public dialogue participants.”

A writer, poet, publicist, and widow of historian Natalia Dzyubenko-Mace made a report on “Russian propaganda and the truth about the Holodomor.” “The interpretation of the Holodomor as genocide of Ukrainians and the conclusions made by James Mace as a result of his scientific work that Ukraine’s independence means, first and foremost, independence from Russia – provoked and have still provoked fierce opposition from Russian propaganda,” she said. “The Ukrainian Internet is constantly replenished with other black lies about James and the “tale of the Holodomor,” which he “invented.” The degree of hatred is so high, and the “horror stories” so inflated, that there is a well-founded suspicion of the existence of a propaganda center in Russia, whose task is to neutralize the truth about the Holodomor and denigrate its bearers. But the roar of hostile voices is incapable of extinguishing its voice – the voice of truth. “ 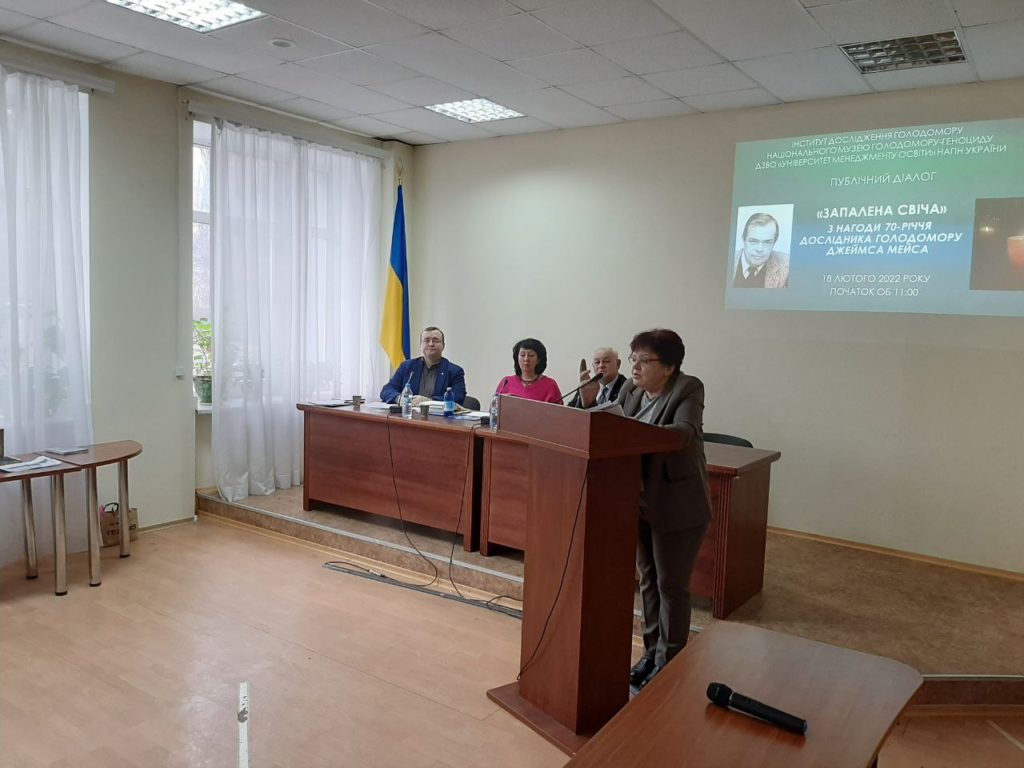 A leading researcher at the Holodomor Research Institute, Doctor of Historical Sciences, Professor Vasyl Marochko, shared his memories of the researcher. They met in 1990 at the first international conference on the Holodomor, where well-known foreign scholars attended – James Mace, Marko Tsarynnyk, Orest Subtelnyi. “There was no confrontation, because when Mace began participating in the International Commission to Investigate the Famine-Genocide in 1988-1990, we, then Soviet historians, were preparing a series of publications in the Ukrainian Historical Journal.” These were the first archival documents. ” “He was really chosen by our dead,” adds Vasyl Marochko. – He had a choice: to return to the United States, to be a classic professor, to live calmly, prosperously, and not to stand in line and monitor the fate of Ukraine with “couponometers,” which was then just beginning its free path. But he chose Ukraine. “ 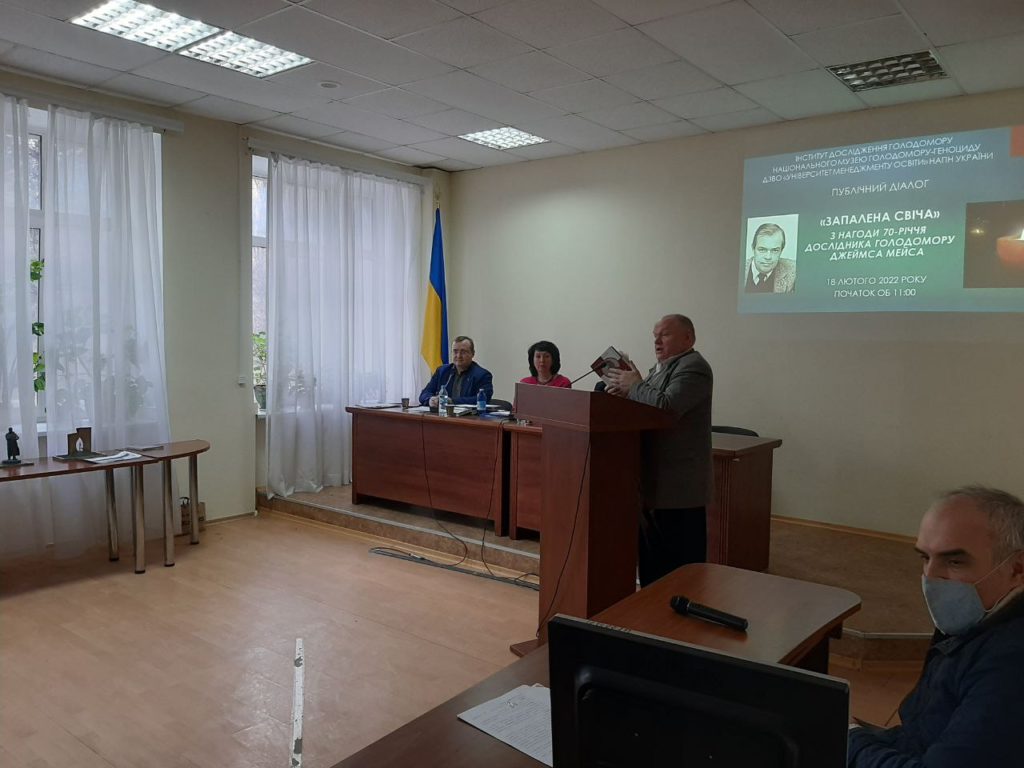 Honorary Lawyer of Ukraine, Doctor of Law, Professor Volodymyr Vasylenko emphasized the contribution of the Holodomor researcher in the world context:”The conclusions of the Commission of the US Congress Committee on the Famine in Ukraine, chaired by James Mace, had a cumulative effect: the world began to look at this tragedy of Ukrainians in a completely different way. Mace introduced a modern, qualitatively new concept of Holodomor research. If earlier they paid attention mainly to the economic causes of the Holodomor, James Mace began to speak reasonably about the political reasons for committing this crime, emphasizing that the Stalinist regime had a clear intention to destroy the Ukrainian nation. Since the Ukrainian nation was seen as a threat to the very existence of the communist regime, that is why this innovative approach to the tragedy makes him a great Ukrainian and a great scientist. “ 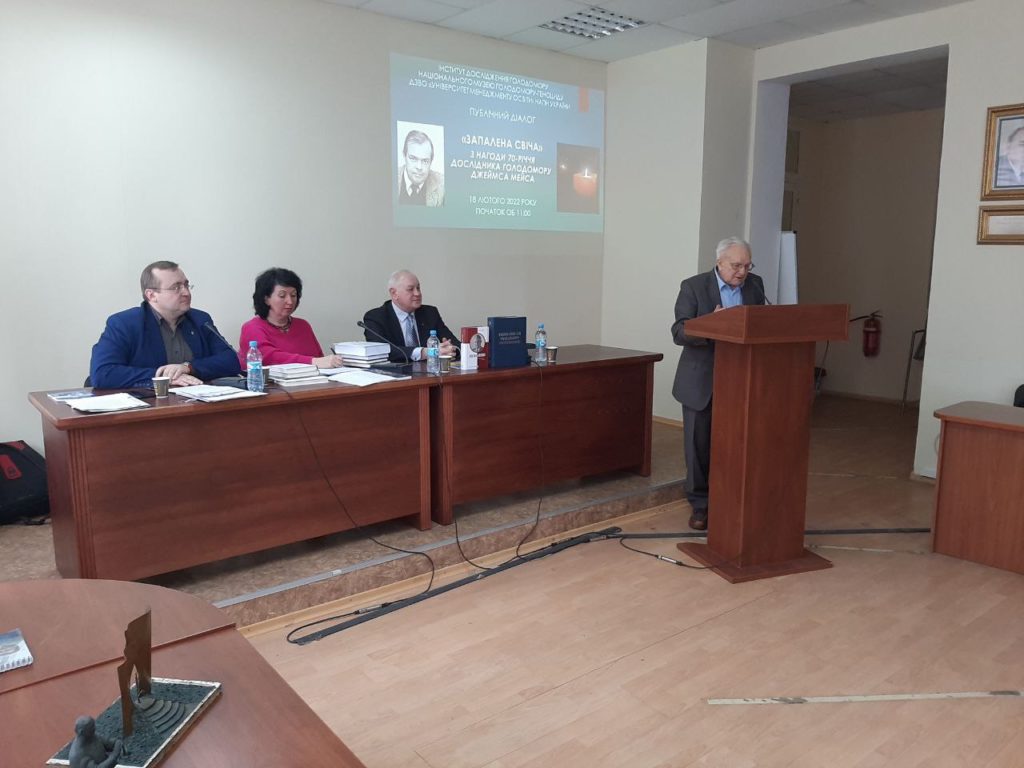 A professor of Taras Shevchenko Kyiv National University Volodymyr Serhiichuk, a journalist of The Day newspaper(James Mace worked for a long time for this newspaper), Ihor Syndyukov, also shared their memories of the researcher. Taisa Sydorchuk, the director of James Mace Memorial Library at the National University of Kyiv-Mohyla Academy (the historian was a professor at the university), told about the James Mace Memorial Library. 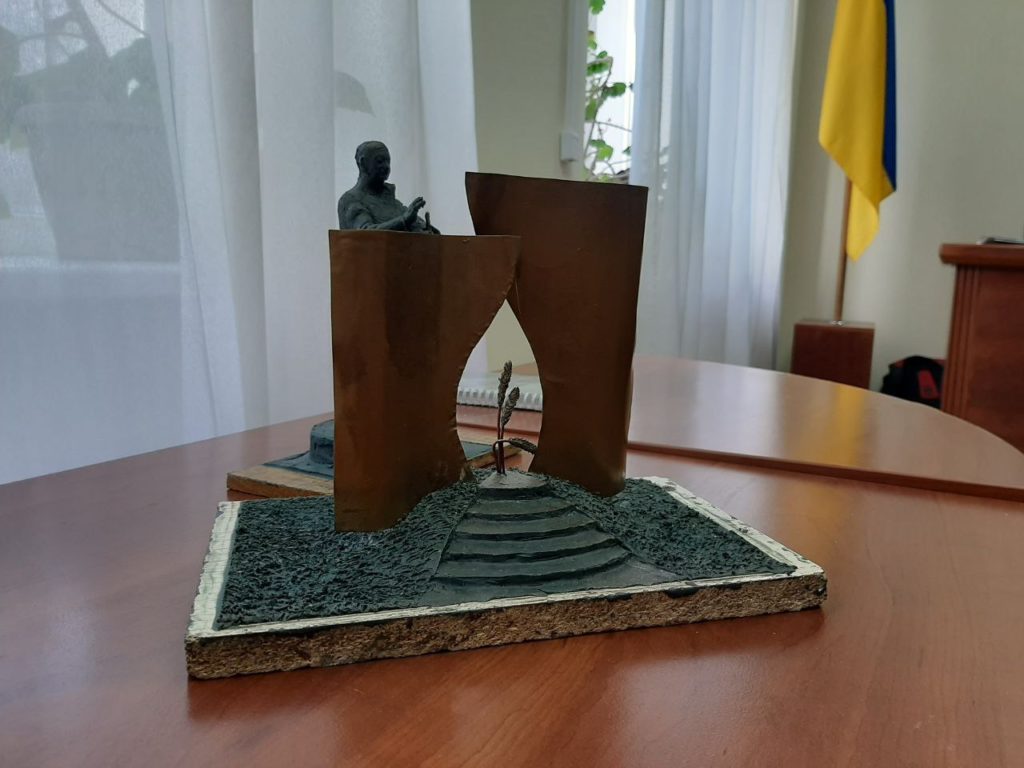 Volodymyr Koren, a sculptor and member of the Union of Artists of Ukraine who is the author of a tombstone on the grave of a historian in Baikove Cemetery, also presented projects of art objects at the event. It is a full-length sculpture of James Mace with a candle in his hand as well as a project of the art object “Light a Candle” initiated by a researcher. The sculptor proposes to install such a memorial sign near the Holodomor Museum so that everyone can light candles there.