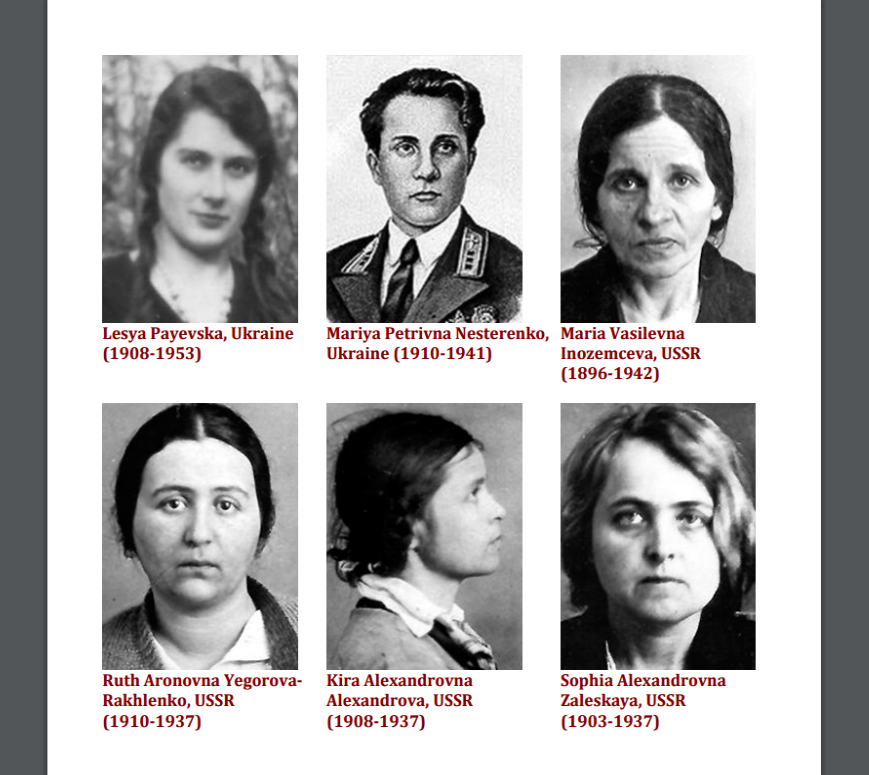 At the initiative of the Platform of European memory and conscience (international projects created for investigation of activities and crimes of totalitarian regime in Europe in the XXth century) on March 8, 2017 was hold an action in memory of millions of women – victims of communist regime.

As a part of the action the Platform of European memory and conscience called to the world community to honor with a minute of silence millions of women, whose fundamental human rights have been violated by communists. The event was dedicated to the International Women’s Day, which at that time in the whole world was celebrated as a day of solidarity of women in their struggle for political, economic and social rights; but the Soviet government imprisoned and shot hundreds of thousands of the Ukrainian SSR female citizens, which could not accept reality and terror.

In the allocution of the organization goes about following: “The Platform wishes to draw attention to the fact that the Communist regime was excessively brutal to women. For political reasons, women were executed after staged trials or without trial, killed when trying to flee across the Iron Curtain, sent to prison, concentration camps and forced labour camps where countless perished; women were torture, denied their dignity and persecuted in many other ways. Women survivors of Communist persecution find it more difficult than men to speak about the trauma they suffered.’

Also the Platform of European memory and conscience prepared a special project which tells the story of certain women from countries where was communist regimes in XXth century. In Ukraine, the initiative was supported by the Ukrainian Institute of National Memory, the Majlis of the Crimean Tatar people, the Liberation Movement Research Center, National Memorial Museum of Victims of the Occupation Regimes “Prison on Lontskoho”; National Museum “Holodomor Victims Mеmorial” joined the project either. The Special Project told the world about Ukrainian women as well – doctor, social activist Vladimira Krushelnytska, messenger, referent of  District leadership OUN propaganda Lesya Payevska and pilot Maria Nesterenko.

To see photos and biographies of women killed by communism, please, visit the website of the Platform.

We remind that on March 8th the world celebrates International Women’s Day, which historically appeared as a day of solidarity of women in the struggle for equal rights and emancipation, but in the post-Soviet space became” a holiday of spring, love and femininity”.