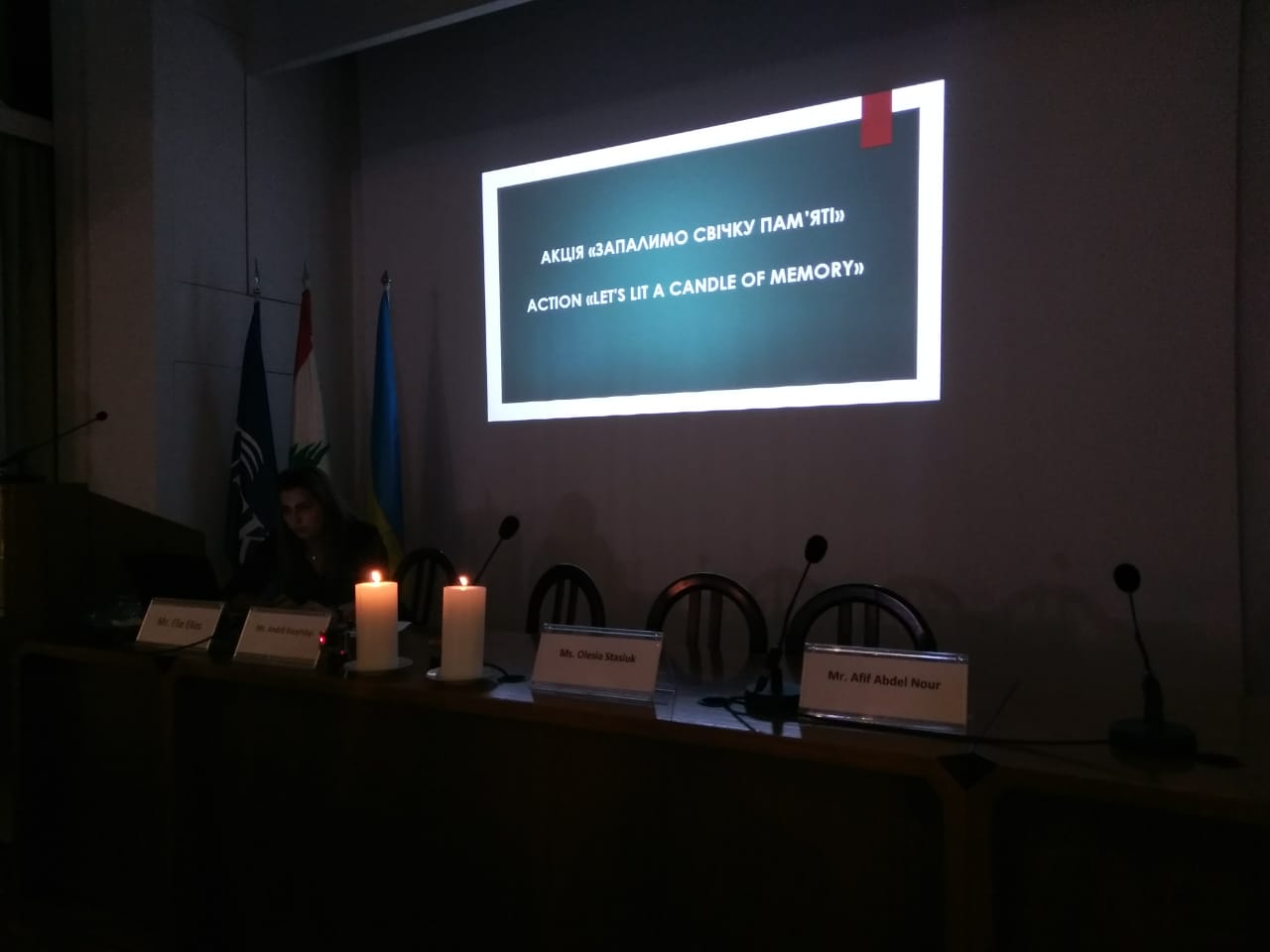 Holodomor victims Memorial participated in the international conference in Lebanon

On November 15, 2018, at the Holy Spirit University in Kaslik (Lebanon), an international scientific conference entitled “The Great Famine: Implications for the Lebanese and Ukrainian Populations” was held. It was devoted to the history of the genocide of Ukrainians, the Holodomor of 1932-1933 and the history of the Great Famine of Mountainous Lebanon in 1915-1918. Experts from Ukraine reported on the history of Holodomor. Olesia Stasyuk, Director General of the National Museum “Holodomor Victims Memorial”, delivered the report “Transgenerational Consequences of Holodomor-Genocide in Ukraine”. Andriy Kozytskyi, associate professor of the Department of New and Newest History of Foreign Countries of the Historical Faculty of the Ivan Franko National University of Lviv, spoke about the history and mechanism of Holodomor.

Ambassador of Ukraine to the Lebanese Republic Igor Ostash, dean of the Faculty of Agriculture and Food Sciences of the Holy Spirit University in Kaslik Lara Hanna Wakim and Lebanese scholars took part in the conference.

Participants of the conference have joined the International action “Let’s Light a Candle of Memory!”, during which the names of 85 children, who became Holodomor victims in Ukraine, were mentioned.

Within the framework of the event, the opening ceremony of the exhibition: “Executed by Starvation: Unknown Genocide of Ukrainians” and the presentation of video, prepared by the Vasyl Stus All-Ukrainian human rights organization “Memorial,” to the 85th anniversary of Holodomor.

The organizers of the conference were the Embassy of Ukraine in Lebanon and the University of the Holy Spirit (Kaslik, Lebanon).