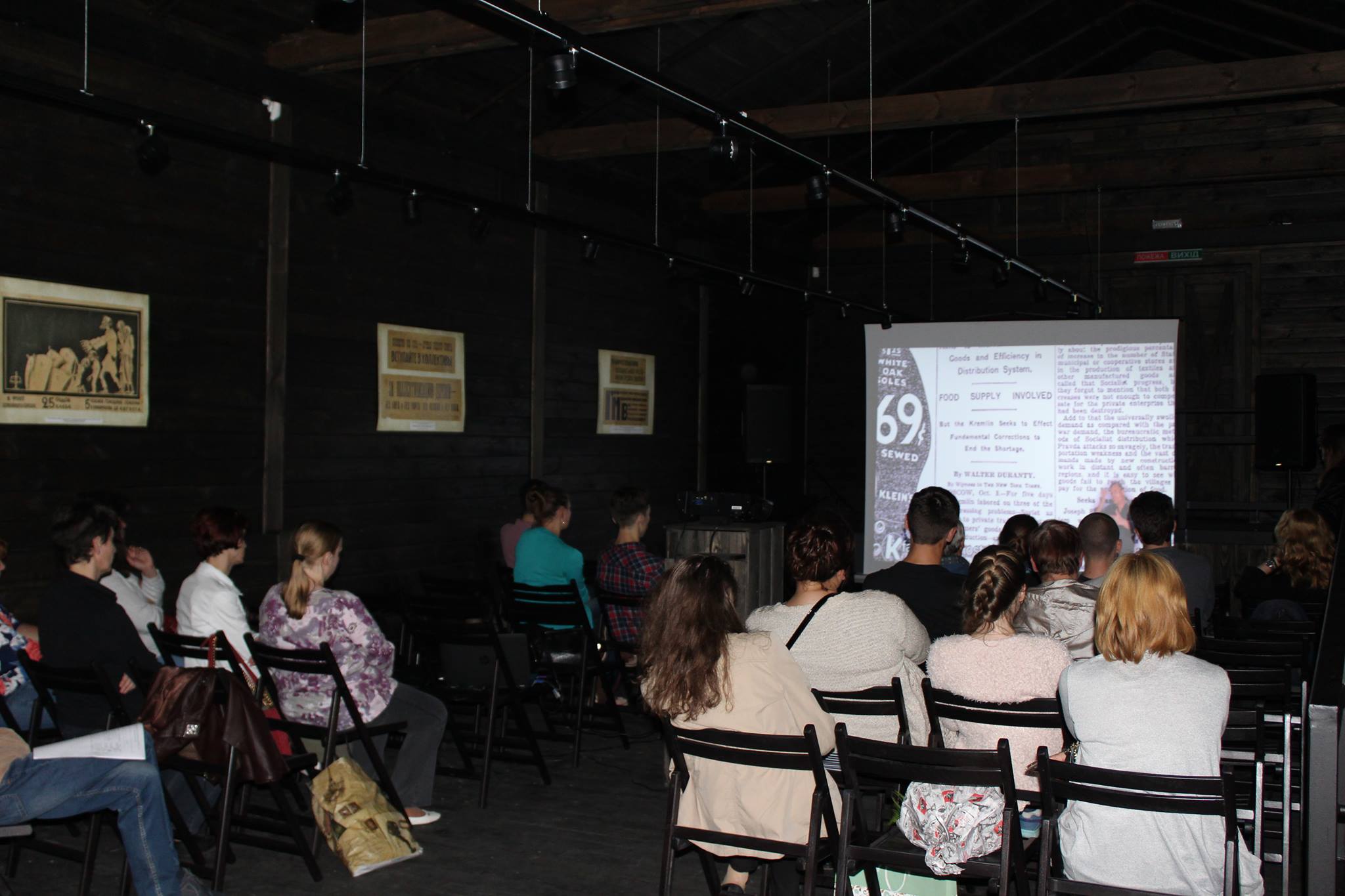 On June 8, 2017 the museum workers presented the movie for school teachers and methodologists of higher educational institutions of Lviv. The presentation took place at the “Territory of Terror” Memorial Museum of Totalitarian Regimes. According to the agreement about cooperation between museums, Holodomor victims’ Memorial gave over the DVD-disks to the “Territory of Terror,” which later will give them to the Educational and Methodological Center for Education of Lviv for distribution among educational institutions of the city.

We are grateful to the “Territory of Terror” Memorial Museum of Totalitarian Regimes for organizing the event and supporting the project through help in spreading the DVD-disks among schools of Lviv.

Read about the project “Covering the Holodomor: Memory Eternal”

We remind that, the educational movie was created by the Canadian Museum of Human Rights and the National Museum “Holodomor victims’ Memorial” and presented in the Hall of Memory in Kyiv on November 15, 2016.