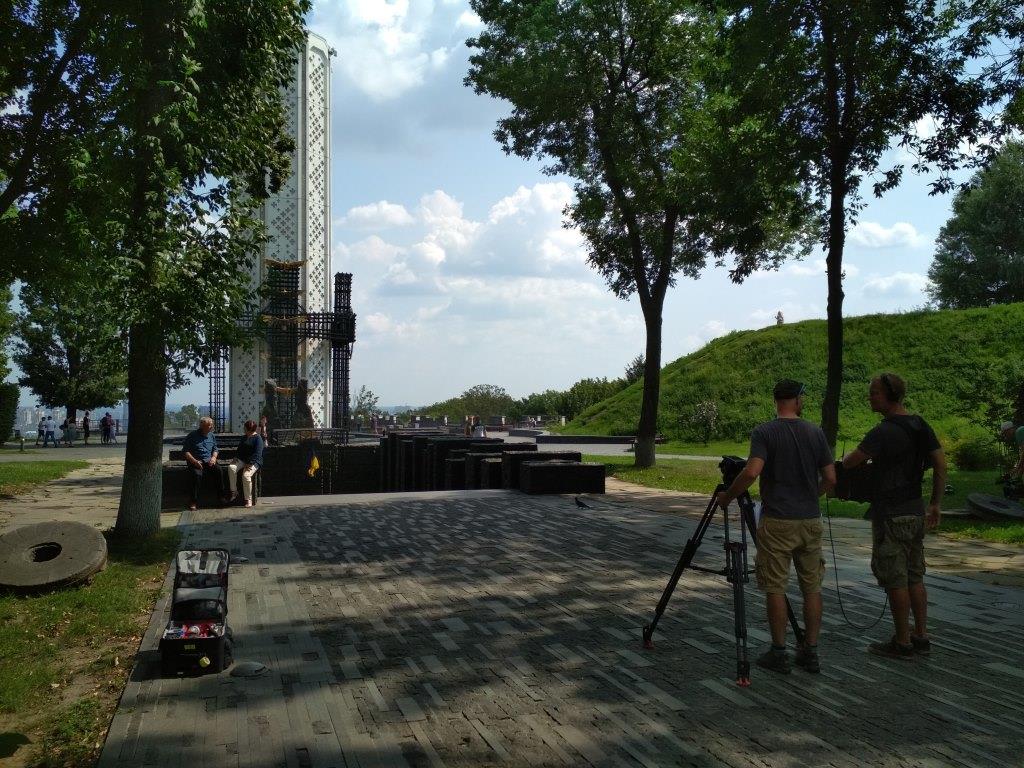 Holodomor Victims Memorial was visited by a crew from England

On August 5, 2018, the National Museum «Holodomor Victims Memorial» was visited by the crew of Whitworth Media Ltd in the framework of the creation of the documentary television series «Chris Tarrant: Extreme Railway Journeys».

The National Museum «Holodomor Victims Memorial» was one of the places of filming in Ukraine. Senior Collections Specialist Nina Lapchynska told about the Holodomor-genocide in an interview.

During the conversation, the guests were interested in the causes and consequences of the Holodomor in Ukraine as a genocide of Ukrainians. Nina Lapchynska told about the issue of the movement of foreign journalists on the territory of the Ukrainian SSR during the Holodomor, in particular, Gareth Jones, who was able to travel to Ukrainian villages that were in a terrible famine.