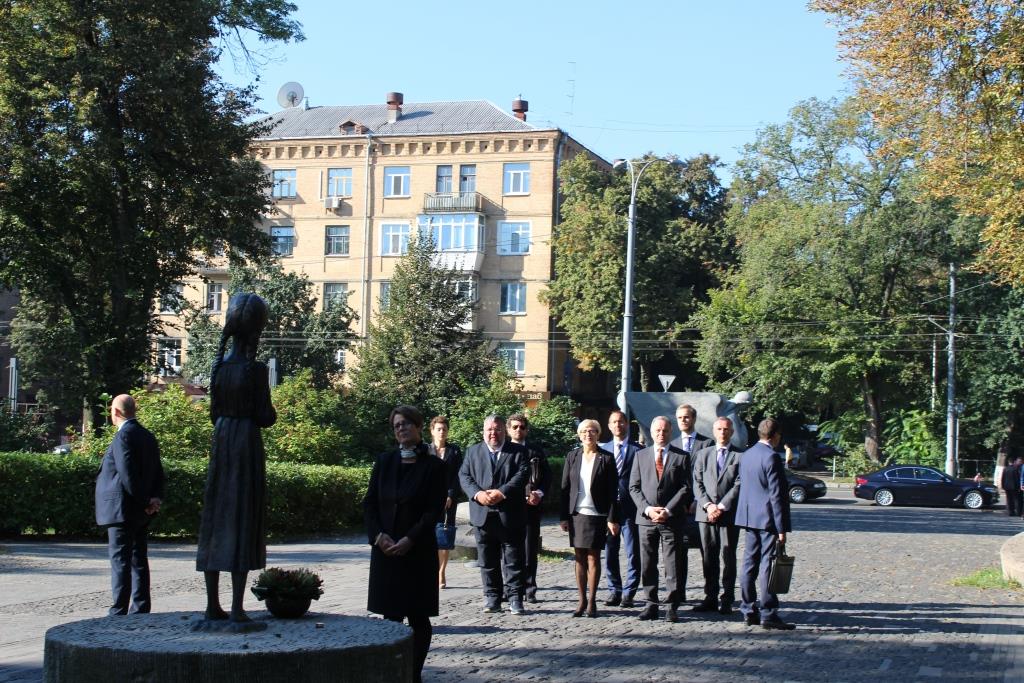 On September 19, 2018, the National Museum «Holodomor Victims Memorial» was visited by the Norwegian Parliamentary delegation headed by President of Storting Tone Wilhelmsen Trøen.

The President of Parliament put the flowers to the sculpture «Bitter Memory of Childhood» on the territory of the Memorial, visited the exposition of the Hall of Memory and lit a candle on the Altar of Memory of the Holodomor victims. She also honored the memory of the Ukrainians, who were killed by famine, by ringing the Bell of Memory.

The Norwegian people contributed to spreading the truth about the Holodomor. The Prime Minister of Norway, President of the Council of the League of Nations in 1933, Johan Ludwig Mowinckel (1870-1943) initiated discussion about the Famine in Soviet Ukraine at a meeting of the Council of the League of Nations. He received the materials about the famine from several Ukrainian and international organizations in 1933. However, the efforts of Mowinckel did not succeed. On September 29, 1933, a meeting of the League of Nations took place in Geneva with the participation of 14 states. Mowinckel appealed to the representatives of the participating countries about the importance of helping the people of Soviet Ukraine. However, his appeal was not supported. Great Britain and France as the members of Council opposed his appeal. In the end of the meeting, it was decided to transfer the Ukrainian case to the International Red Cross. The representatives of the Organization appealed to the Soviet government with a proposal of the international assistance for the starving people. In December 1933, they received an answer from Moscow with the denial the fact of famine in the Ukrainian SSR or the North Caucasus.