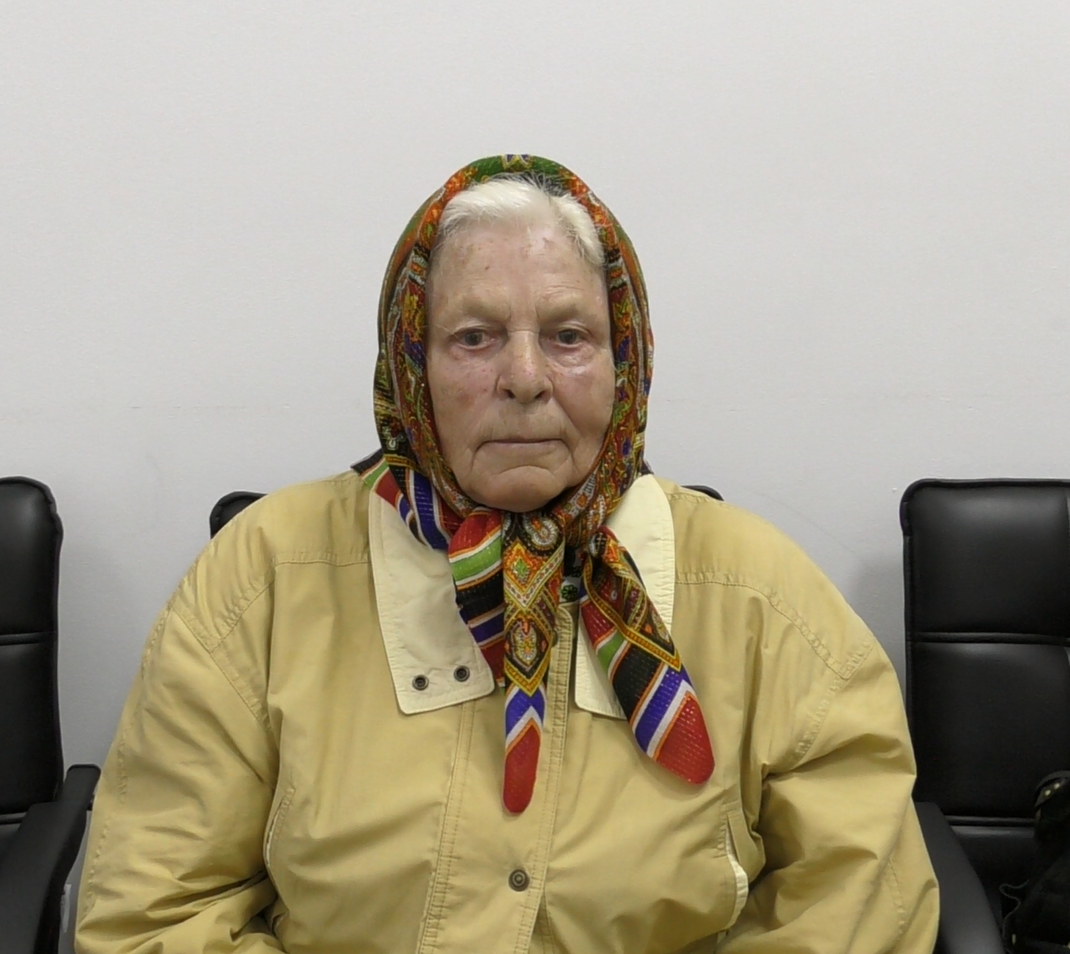 I Do not Believe that I Was Able to Survive…

On May 6, a woman who dreamed to tell her life story came to the Holodomor Victims Memorial. Today she is 90 years old and finally has the time to do this…

Kateryna Shyianenko (Yakymenko) was born in 1929 in Pyrohovychi village of Ivankiv district, Kyiv region. During her childhood, she had to survive. At first, a large family was dekulakized and moved from a large house to a small barn. In 1929, when collectivization began, neither her father nor her grandfather entered the collective farm.

The searches and seizures of products were clearly captured in the memory of a four-year-old girl: “Communards came with sacks, there was a little bit of grain in the jug, but everything was taken away, wherever it was hidden, everything was taken out by the wagons. They destroyed the floor in our house and looked for what was hidden there… “

The family managed to survive due to the thin slices of bread brought by the mother from the collective farm, and the surrogates that became the main food of Ukrainian farmers in 1932–1933.

In 1942, her father died and little Kateryna had to grow up quickly to survive. Once the projectile flew past her and exploded in several hundred meters. “It was long ringing in the ears afterwards,” – our guest recalls.

The post-war famine of 1946–1947 became another test for survival. Railway tickets were not sold, people did not have any documents. She had to secretly board the wagons of trains which traveled to Western Ukraine and Belarus. There one could find a job or exchange things for food. Despite the long and dangerous road, young Kateryna and her friends did not lose hope, although they saw many young people and adults were traumatized; they fell from trains, many of them were murdered for food… Death became common. During these trips, the woman realized the falsehood of Soviet propaganda about Bandera bandits. After all, people from Western Ukraine sympathized to the hungry beggars from Great Ukraine. Despite the difficulties in their own homes, everyonene could help.

In 1948, Kateryna Shyianenko was able to settle in Kyiv. Despite she had the four classes of education, the woman continued her studies and worked as a tram driver for 40 years. In 1961, she, her husband and child almost died during the flood in Kyiv. During the conversation, the grandmother repeatedly stressed: “It was like a horror dream… I do not believe that I was able to survive…”

We were shocked that the woman was extremely grateful for the OPPORTUNITY only to tell about her difficult life. Almost after each sentence, the grandmother stopped and stressed: “Trust me, I tell the truth, I do not lie.” It was very sad to hear that the most difficult thing for her today is the loneliness.

Leaving the museum, Kateryna Shyianenko laid the bread, candy, cookies and fruits near the monument “The Bitter Memory of Childhood” for the memory of innocently killed by famine children in the terrible 1932–1933 years.