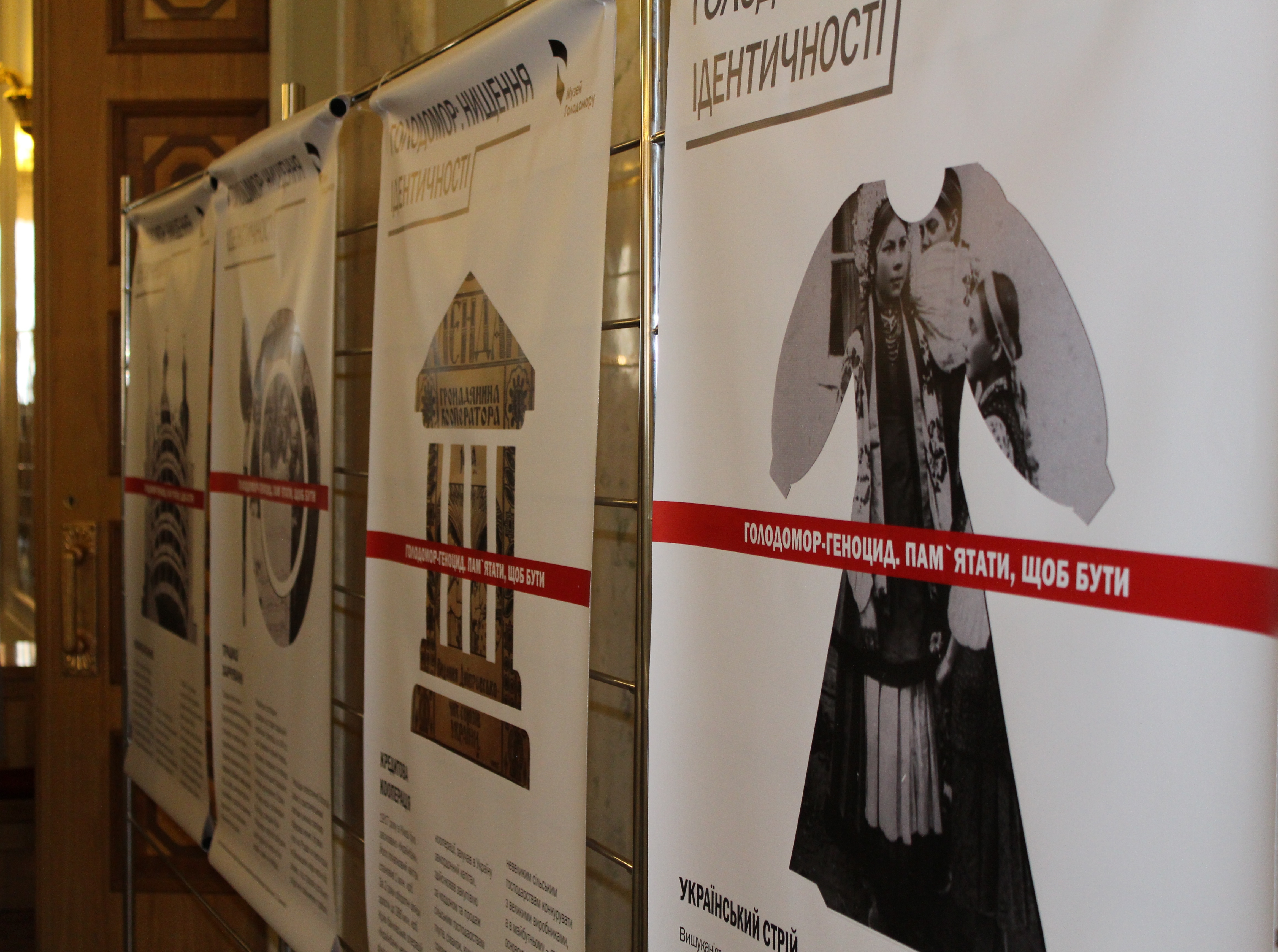 In the Verkhovna Rada about the Holodomor

“Holodomor: Destruction of Identity” is an exhibition that tells about the culture and science, life and potential of Ukraine, which were liquidated or distorted by the Russian occupation regime.

On November 12, 2019, the Holodomor Museum presented this project to the Verkhovna Rada of Ukraine to mark the 86th anniversary of the genocide of the Ukrainian nation. The exhibition will run until November 22, 2019.

The presentation of the exhibition was attended by Yevheniia Kravchuk, Deputy Chair of the Committee on Humanitarian and Information Policy and author of the documentary “Alive”: “Genocide of the Ukrainian people is an important page for study and analysis. While working on a documentary about the Holodomor, I was felt the fear of witnesses talking about their childhood. People who survived 1932–33, are still afraid to tell their story, even after decades, and this is exactly what needs to be said to prevent this crime from happening again.”

Iryna Batyrieva, First Deputy Director General of the Holodomor Museum: “We, Ukrainians, are an independent nation on our land with our own language, culture, character and identity. In one year, more than 7 million people were killed by famine. The Holodomor became Moscow’s massacre of Ukrainians in order to prevent Ukraine from leaving the USSR. The genocide of the Ukrainian nation consisted in the physical murder of Ukrainians, the degradation of language and culture, the falsification of history, the elimination of entire institutions and the removal of national heroes. The Verkhovna Rada is a special place to show this exhibition, since political leaders must unite society to confront the challenges of today and prevent the repetition of the crime of genocide.”