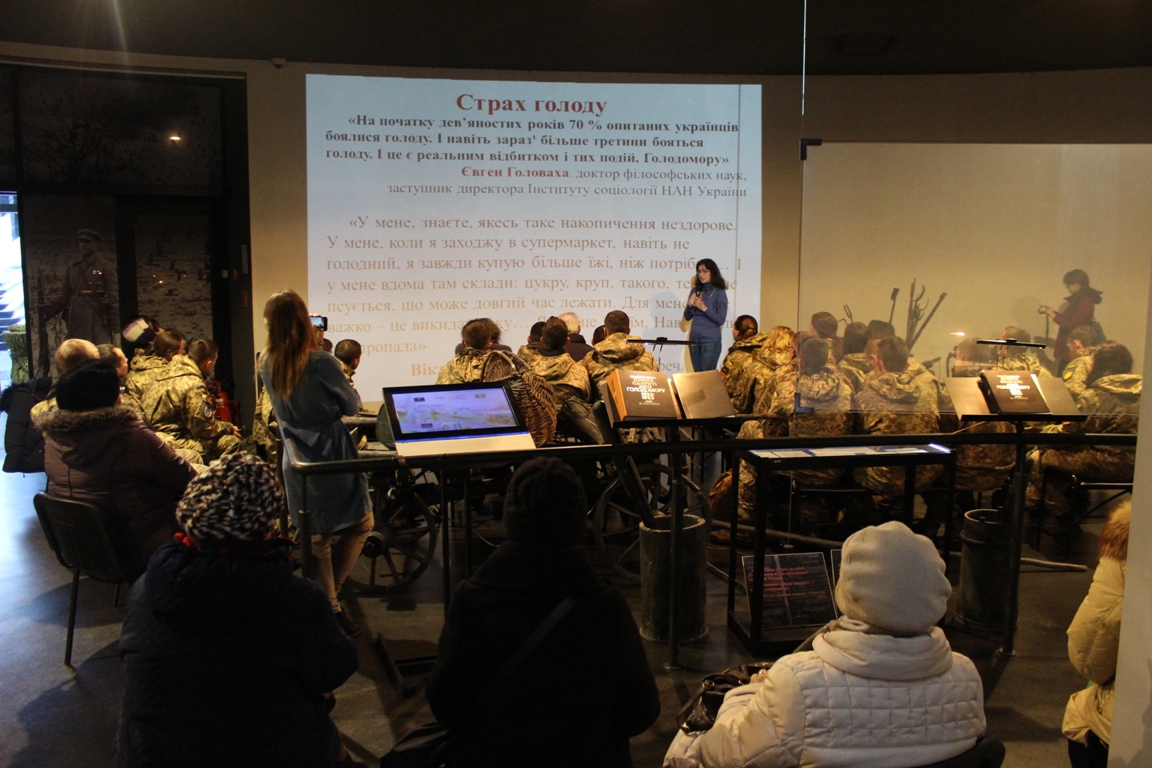 Does the knowledge about the organizers of the Holodomor affect our attitude to the annexation of the Crimea and the war in the East of Ukraine? Does the civic attitude of ATO fighters influence a family rememberance?

On March 24, 2018, Iryna Reva, a research fellow at the Institute for Public Research (Dnipro), delivered a lecture “Holodomor and Repressions in the Family Memory of ATO Fighters” at the National Museum “Holodomor Victims Memorial”. The researcher conducted a survey of the soldiers, who had been fighting in the ATO zone. Having analyzed the familial memory of the Holodomor and the decision-making to go to war, she traced their deep link, the influence on the formation of a civic position on the subconscious level. Also, the lecturer identified the main trends in overcoming the effects of post-genocidal syndrome.

Iryna Reva’s report was based on 55 interviews with Ukrainian militaries who participated in the anti-terrorist operation in the East of Ukraine during 2014-2016. All of them are aware of their task in the war. 38 of the interrogated fighters went to the front on their own initiative, the rest – “voluntarily, by mobilization”. 24 of the interrogated military know that their families were victims of the Holodomor and Stalinist terror.

According to the researcher, there are social consequences of the Holodomor and repressions, such as reduced self-esteem, low subjectity, identification with the aggressor, unconscious fears, abusive behavior, and so on. According to the research of the Center for Ukrainian Studies of the Taras Shevchenko Kyiv National University (2003-2008), people who survived the genocide have an extremely high predisposition to conformism. Iryna Reva discovered the dependence of personality characteristics on hereditary type of behavior.