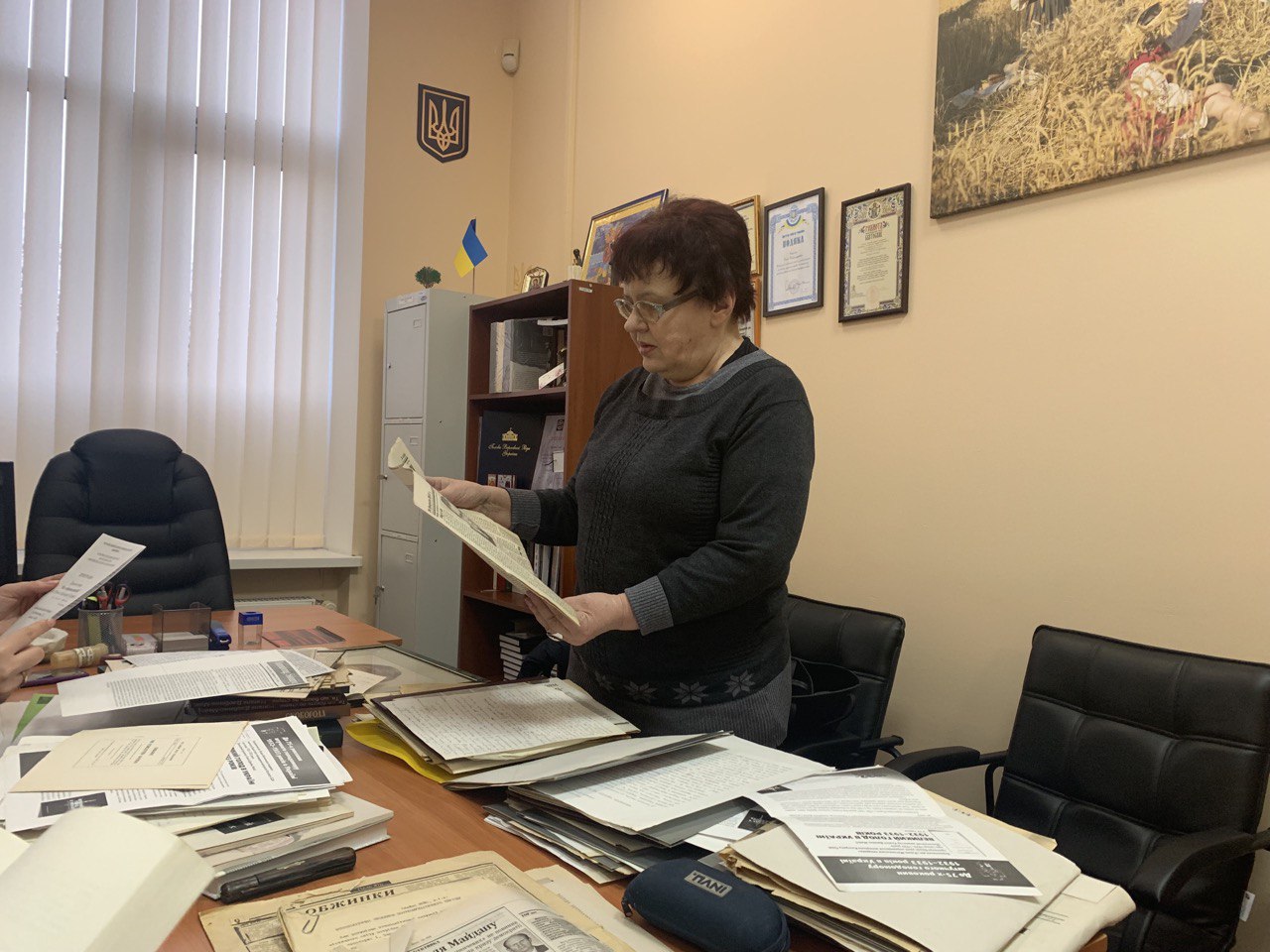 Today, February 23, Nataliia Dziubenko-Mace, the famous Ukrainian-American historian James Mace’s widow, handed over her husband’s personal belongings to the National Museum of the Holodomor Genocide. These are documents, books, portraits, periodicals, conference proceedings in which the historian participated, and articles with his edits and notes. 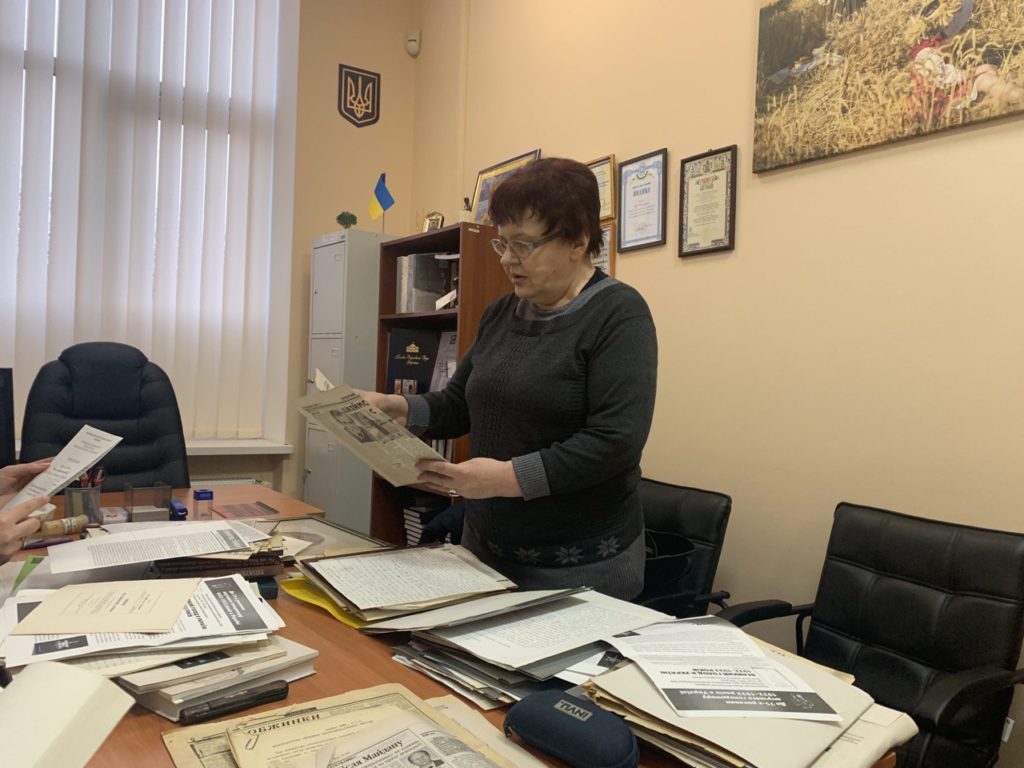 Nataliia Dziubenko-Mace is handing over her husband’s archive.

“This folding knife belonged to Jim’s father or even grandfather – he brought it from America,” says Ms. Natalia about special valuables. – And here are the invitations to the historic parliamentary hearings in honor of the Holodomor victims of 1932-1933, which took place on February 12, 2003. James Mace came to this hearing almost from the hospital, just after the operation, all wrapped in bandages. He proposed the concept of “candles in the window” from the rostrum of parliament. For the first time within those walls, the word “genocide” sounded like a communist regime crime. I recall the raucous applause that followed his performance. And the Communists’ indignant cries of “Yankee go home!” and Symonenko’s enraged expression…” 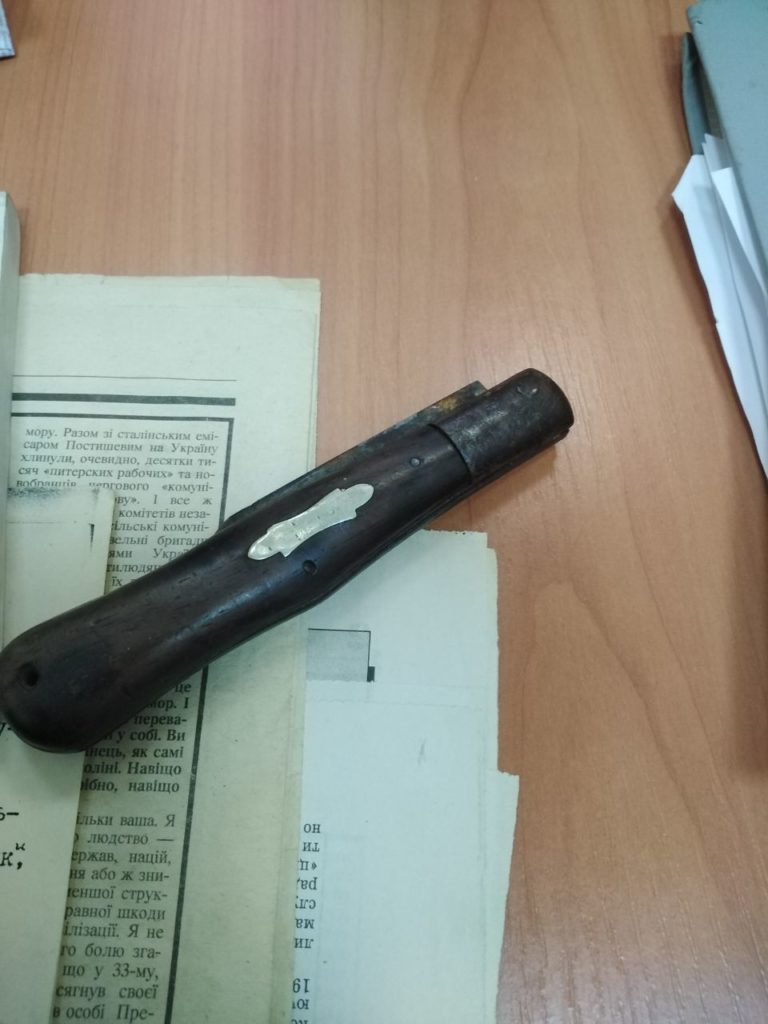 A knife that may have belonged even to Mace’s grandfather.

Also, among the rarities donated to the Museum are one of the last photo portraits of James Mace and a graphic drawing by artist Valerii Franchuk “Candle in the Window” (2017), with a gift signature from the author. In addition, Mykhailo Hrushevskyi’s book “On the Threshold of a New Ukraine: Articles and Source Materials,” which Mace often read, made notes with his own hands.

Of particular interest is the historian’s article “Ethnopolitical Problems of the Post-Communist Period,” written by him in the 1990s. Then, almost two decades before the war with Russia, James Mace warned Ukrainians: “Russia’s problem in Ukraine is the problem of its northern neighbor, the problem of relations with Russia as a state from which territorial, political and other claims are constantly heard. (…) Russia does not want ethnic Russians to return to its territory. (…) The Russians in Ukraine are given the role of the fifth column, which can be relied on to destroy the statehood of Ukraine. “ 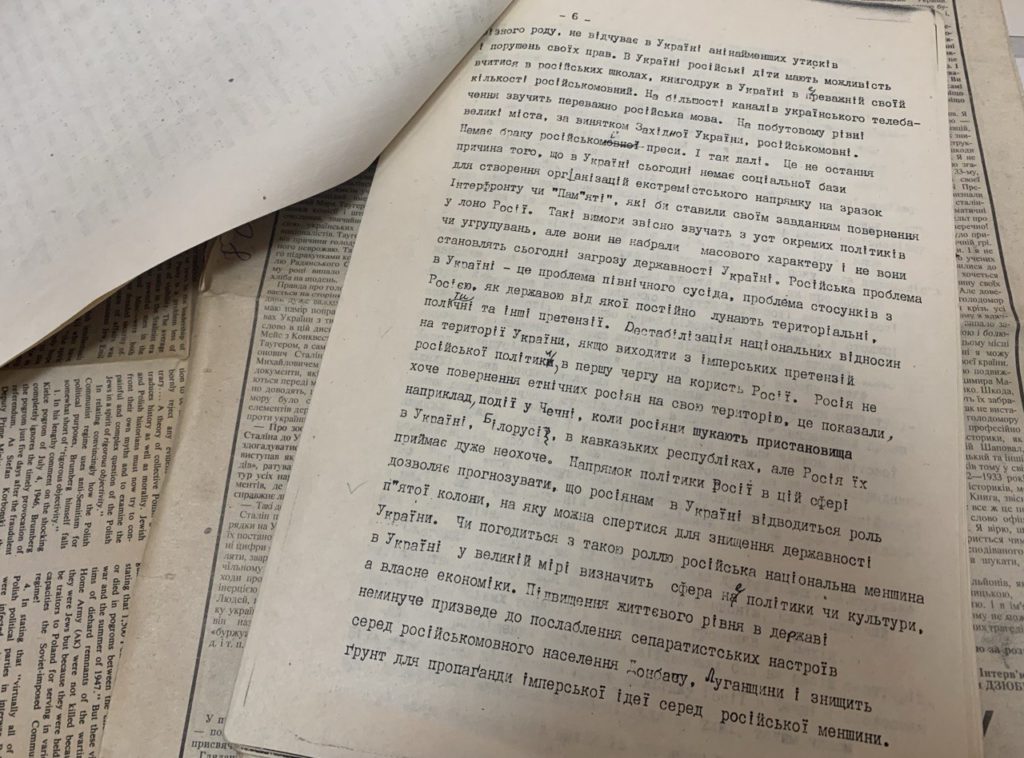 An article in which the researcher warned about the issues that Ukraine may face.

In the same article, he stressed what the authorities should pay attention to in Donbas: “Improving living standards in the country will inevitably weaken separatist sentiment among the Russian-speaking population of Donbas and Luhansk and destroy the ground for promoting the imperial idea among the Russian minority.”

In this situation, it is critical not to increase mainland Ukraine’s pressure on Crimea, not to threaten the peninsula with a presidential mace or parliamentary threats, but to constantly explain to the Crimean people the peninsula’s economic, environmental, and social issues, as well as mass migration from the peninsula. There is only one humane solution to the Crimean issue: regaining control of the information sphere. In Crimea, there is only one war that can and should be carried out: the struggle for the people’s “hearts and minds.” 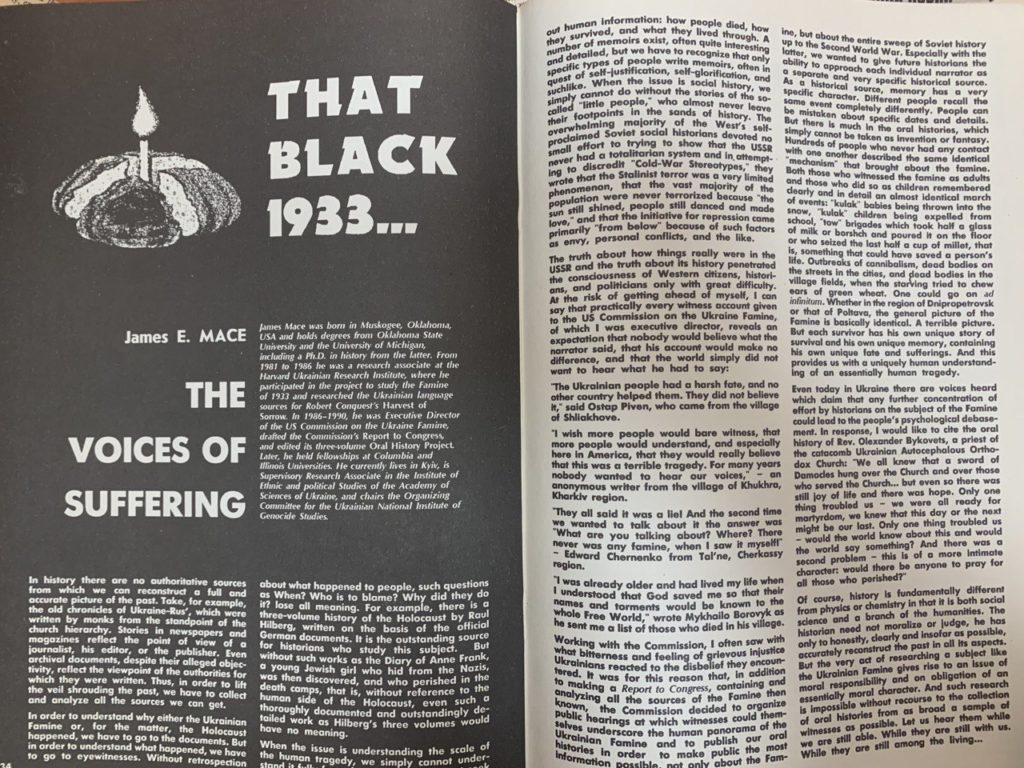 One of James Mace’s articles in English.

Nataliia Dzyubenko-Mace noted that both her husband and she have been collecting this archive for a long time and thoroughly.” However, it is wrong to keep it at home, researchers and museologists should get acquainted with James Mace’s legacy, it should be studied, it should be presented in the future museum exhibition,” said Ms. Natalia. “So I decided that these things should be kept in your Museum.”

Deputy Director-General of the Holodomor Museum, Yulia Kotsur, thanked Natalia Dziubenko-Mace for the donated exhibits, which will become part of the exposition, dedicated to the American researcher in the future.

It should be recalled that the construction of the second stage of the Holodomor Museum is underway, which will cover wider the genocide of Ukrainians in the 20th century.