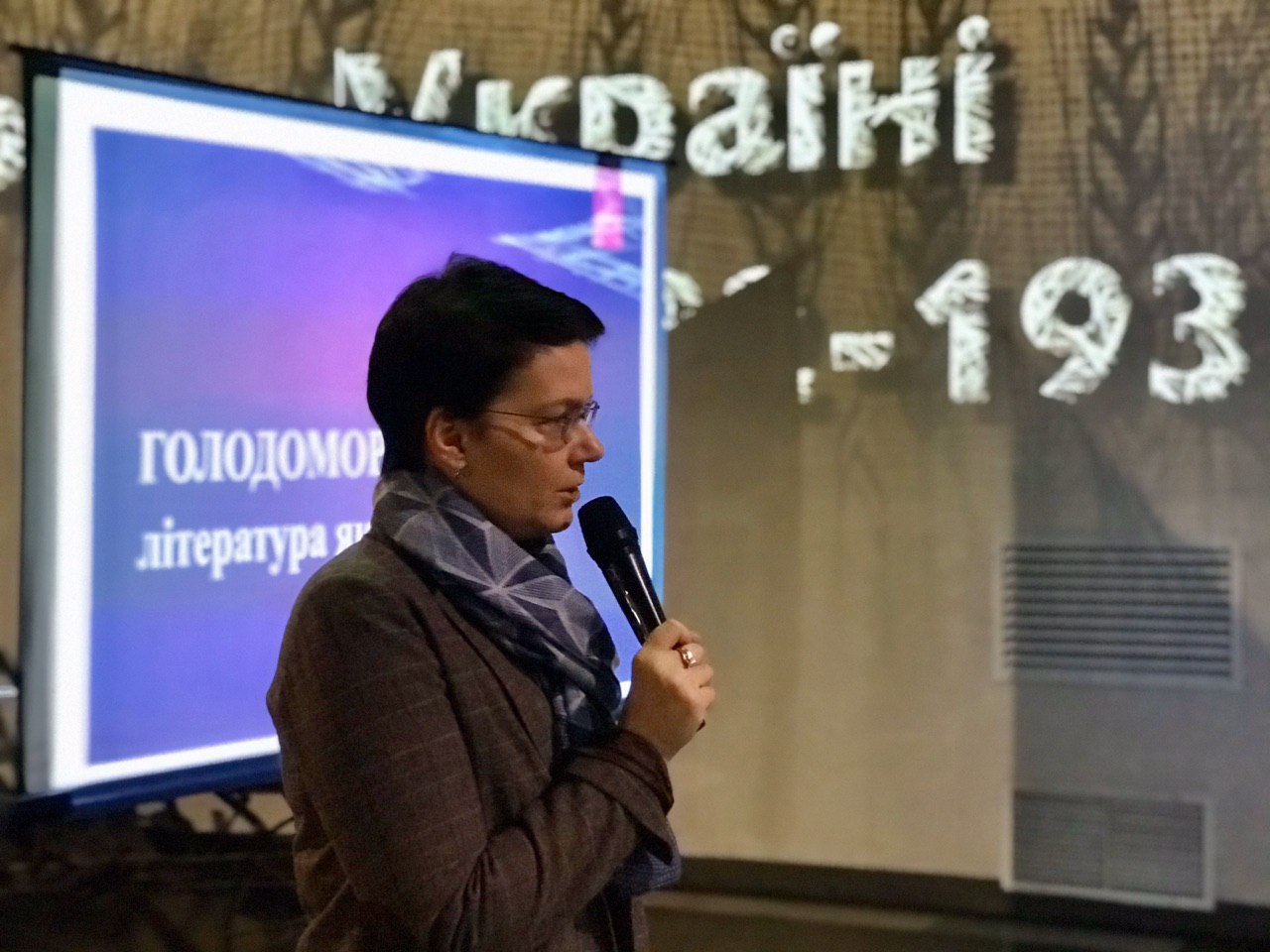 Lecture “Holodomor: Literature as Testimony”. How was the Holodomor reflected in the novels?

Literature is a document!

To the 115th anniversary from the birth of writer and public figure Ulas Samchuk, the author of the first novel about the Holodomor of 1932–1933, in the Holodomor Museum, the lecture “Holodomor: Literature as Testimony” was held.

The lecturer was Oksana Pashko, literary scholar, Candidate of Philological Sciences, instructor at Department of Literature Studies of National University of Kyiv-Mohyla Academy, researcher of the literature of 1920–30s.

Very often, literature absorbs more than simple description of real or fictional events. When there is little real-time evidence of a historical event, such as the Holodomor, literature itself becomes a testimony. Unlike official documents, it can also convey the emotions of a person, an individual experience

Anatoly Dimarov was one of those who tried to write about the Holodomor in the USSR. However, censorship has removed such references from his texts — sometimes these could be excerpts of up to 300 pages.

Mykola Rudenko wrote a fantastic story about the 1930s “Son of the Fourth Sphere”, where characters include, for example, aliens. That is how he told us about traumatic events of the past.

Ulas Samchuk in the novel “Mariia” portrays the Holodomor as an event of apocalyptic scale. The style of this text is epic, close to chronicles or sacred books. Icons also appear in the work, for example, the “Crucifixion”, so the human tragedy takes on a completely different world dimension. It is also important that Ulas Samchuk accurately displays other realities of the 1920–30s, such as folklore about the Kalynivka Cross and other spontaneous manifestations of popular religiosity that arose in spite of the anti-religious struggle. They appeared on the eve and during the Holodomor and reflected the popular perception of the Bolshevik occupation.

Literature is a testimony of an era, an event. However, over time, it becomes a way of rethinking and interpreting.