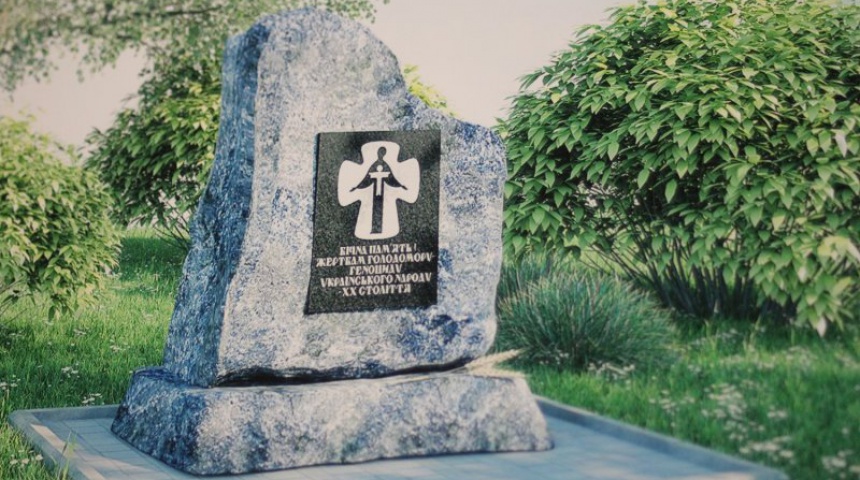 On September 19, a meeting was held at the Vasyl Krychevsky Local History Museum in Poltava to choose the location for a memorial sign in Poltava, as well as a memorial to the 1932–1933 Holodomor victims.

According to the co-chair of the working group Yulian Matviichuk, there were several suggestions on the location of the stone, but the participants tried to choose the most suitable location in terms of attendance. The future memorial complex will become a place for Poltava residents and visitors: “Everyone would be able to see that the memory of the Holodomor victims is honored in Poltava. I do not want this place to have the same fate as the memorial near the Mgar Monastery in Globynskyi district, which few people visit. It is important that it would be in the city center,” Yulian Matviichuk said.

The commission members chose the Nebesna Sotnia Square to set up the memorial sign. At the same time, community activists Vitalii Sorokov and Oleksandr Sorokov will soon set up a temporary memorial sign. It will be a stone for the victims of the 20th century Genocide. The memorial complex is planned to be located at the intersection of Yevropeiska and Kahamlytska streets.

The participants also supported a number of initiatives by Oleg Pustovhar. In particular, the public and expert environment of Poltava will initiate the creating of a symbolic space to commemorate the Holodomor-Genocide victims. In particular, Ukrainian Institute of National Memory proposes to install a memorial plaque on the house of the former “Torgsin” in the center of Poltava, and to erect an information memorial plaque of the relief type to the native of Poltava region, the author of the novel about the Holodomor – Vasyl Barka – on the street near the Kyivska railway station in Poltava.

At the end of the working meeting, Oleksandr Suprunenko informed the audience that there were places of mass burial of the victims of the Holodomor of 1932–33 at the Monastyrske Cemetery of Poltava. The bodies of those killed by famine were taken there from the outskirts of the city and nearby villages. Participants unanimously voted to appeal to the commission to arrange these places and to install a sign there.