Moscow’s goal is Crimea without Crimean Tatars: the second part of the public dialogue was held

Moscow’s constant goal is Crimea without Crimean Tatars. And Moscow has returned to this issue along with the 2014 occupation of the peninsula. Refat Chubarov, Chairman of the Crimean Tatar People’s Majlis, emphasized this during the public dialogue “Deportations, Mass Repressions, Man-made Famine: Instruments of the Politics of Totalitarian Regimes of the 20th and 21st Centuries.” “The policy of local authorities is aimed at ousting both Crimean Tatars and ethnic Ukrainians from Crimea and populating these territories with Russian citizens. Today, there are already one million citizens who have illegally settled in the Crimea,” Refat Chubarov added. 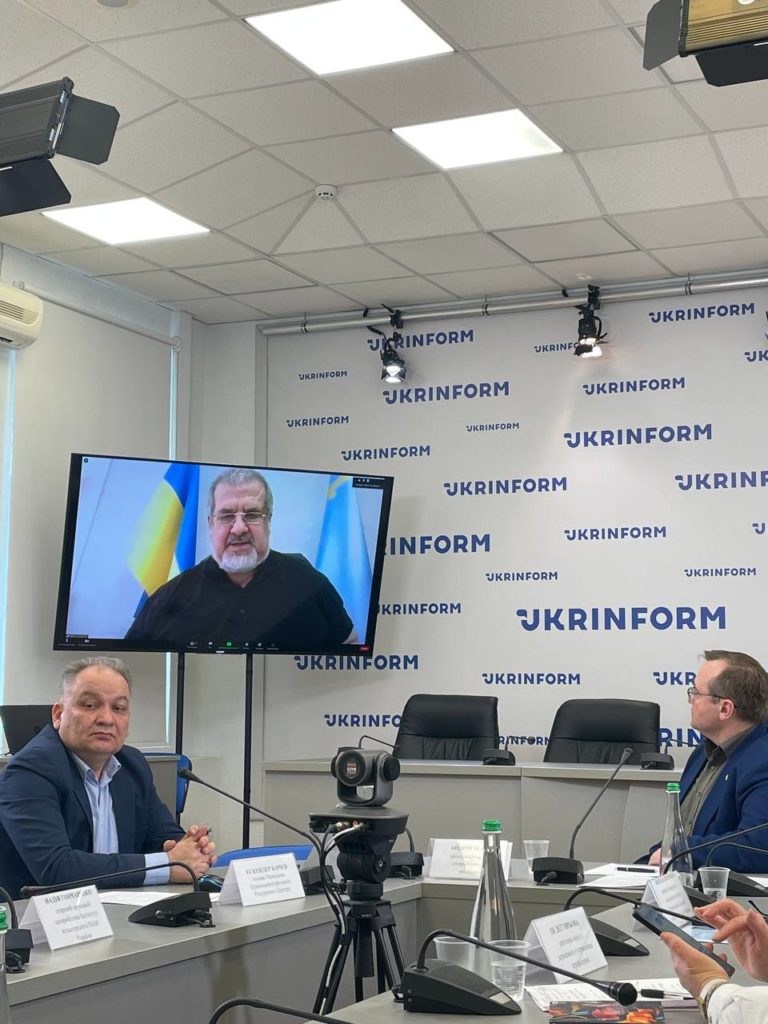 The second part of the public meeting took place in Ukrinform on Tuesday, May 17.

Svitlana Markova, director of the Holodomor Research Institute, is greeting the participants of the event.

The moderator of the event, Andriy Ivanets, a leading researcher at the Holodomor Research Institute, emphasized that Ukraine has faced deportations and evictions in the past and today. It was the eviction during collectivization in 1929-1931, when hundreds of thousands of people were ousted from their homeland as members of kulak families. More than a million people (Ukrainians, Poles, Jews) were forced to flee their homes in Western Ukraine in 1939-1941. The criminal practice continued in 1944-1951, when, in particular, the Stalinist authorities evicted 480,000 people just from the territory of modern Poland. 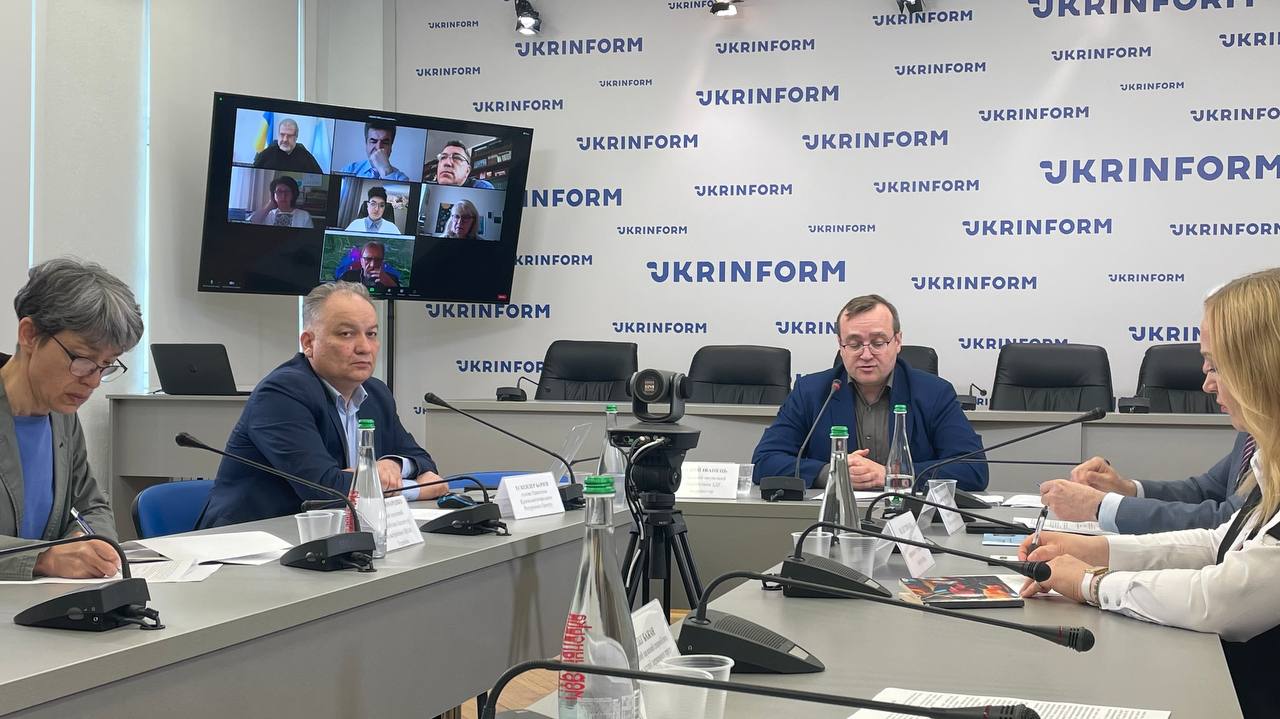 However, the deportation of the Crimean Tatar people – the indigenous people of the Crimean Peninsula – is unprecedented. After all, it is a question of eviction of the whole people from its ethnic territories.

According to the Crimean Tatar Resource Center, totally 238,500 people were ousted from Crimea, and the death toll in the first years was 110,200, or 46.2% of all deportees.

“The crimes currently being committed by the Russian Federation are long-lasting,” said Tamila Tasheva, the Permanent Representative of the President of Ukraine to the Autonomous Republic of Crimea, in her speech. She recalled how the Crimean Tatars were exterminated during the first annexation of the Crimean Peninsula, which took place in 1783 during the reign of Catherine II. Then there was the systematic extermination of the Crimean Tatar intelligentsia in the early twentieth century.

“In general, after February 24, after the full-scale Russian invasion of Ukraine, we already have thousands of civilian casualties and, indeed, we as a Ukrainian state consider these acts of war crimes as acts of genocide of the entire Ukrainian people, including the destruction and attempts to destroy our memory, to destroy our culture. Because if we talk about what is genocide, it really is not just physical destruction, “she said.

According to her, the “reference” definition of genocide adopted by the international legal community was indeed a little narrower than the notion of acts of genocide proposed by scholars in the last century. What we see today during the war – the destruction of Ukrainian museums, the murder of artists who die under fire – these crimes should be considered genocide, says Tamila Tasheva.

All this is a consequence of the purposeful and well-thought-out policy of the totalitarian Putin regime.

Refat Chubarov emphasizes that one of the characteristics of a totalitarian society is the adoption of the dominant ideology, which should be subject to all spheres of life, from the media to science. In addition, censorship or a total ban on awkward topics is practised.

At the same time, society members must unite around internal and external enemies. “As for the Crimean Tatar and Ukrainian peoples, from the point of view of Moscow, we have not changed, only before we used to be internal enemies, and now we have become external,” said the head of the Majlis. – This idea of ​​enemies is very important to manipulate society. In a totalitarian state, absolute police control is practised, which can take terrorist forms. Entire strata and even entire nations can be declared enemies of the state. And these peoples are being subjected to either total or selective repression. “

Finally, the participants signed an Open Appeal to the international community and adopted a Resolution to the authorities, which contains a list of proposals aimed at resolving certain issues in the face of Russian aggression.