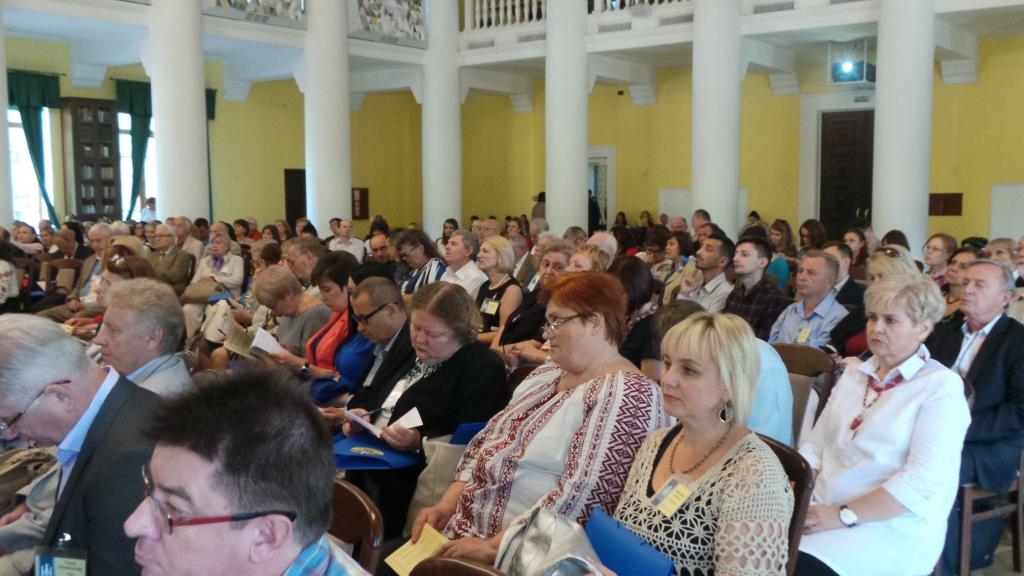 Museum of Holodomor participated in the International Congress of Ukrainian Studies

The National Museum of the Holodomor Victims Memorial handed over 150 copies of the collections of materials of the International Scientific and Practical Conference “The Holodomor of 1932-1933: the Loss of the Ukrainian Nation”, which took place on October 4, 2016, at the Kyiv National Taras Shevchenko University.

Nina Lapchynska, Senior Collections Specialist of the Holodomor Victims Memorial, participated in the roundtable “Causes, Cycle and Consequences of the Holodomor of 1932-1933: the 85th Anniversary of the Tragedy”, which was held within the congress. The representative of the museum made a presentation “Historical sources about fragmentation of the Ukrainian nation as a result of the Holodomor in the East of Ukraine”.

Lately, the Museum participated in the International Conference “Artificial Flames in Ukraine of the Twentieth Century”

The International Association of Ukrainian Studies was founded in 1989 in Italy. The main task of this association is to promote the restoration and development of Ukrainian studies, preservation of historical and cultural monuments, dissemination of knowledge about the culture and science of the Ukrainians in the world, and coordination of activities of national associations in different countries.