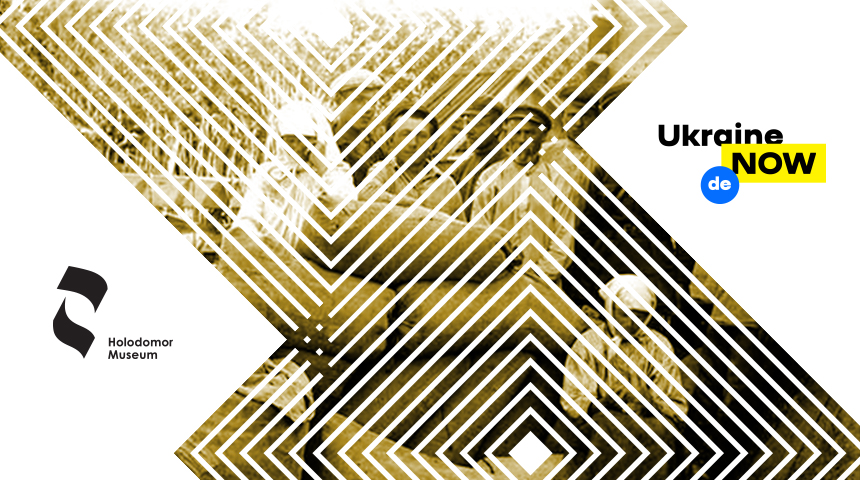 The National Museum of the Holodomor Genocide begins cooperation with the German-Ukrainian organization Ukraine in Deutschland. The Museum team will create a series of posts about the Holodomor: its preconditions, mechanism, consequences, as well as eyewitnesses’ recollections and Museum projects, which will be illustrated with photographs and documents. Our partners Ukraine in Deutschland will translate these materials into German, involving editors and political scientists, and will disseminate information about the genocide of the Ukrainian nation among foreign audiences.

Historically, Germany was perhaps the first country to hold demonstrations in memory of the Holodomor. On March 14, 1948, on the occasion of the 15th anniversary of the crime of genocide of the Ukrainian nation, a Munich action was held. 6,000 people went to the streets to honor the innocent victims of the famine in Ukraine.

71 years later, in 2019, Ukrainians initiated a petition on the website of the German Bundestag to recognize the Holodomor as an act of genocide. It appeared in April and by May 2019 has collected more than 56,000 signatures online and another 16,000 behind the Internet—more than 50,000 needed to consider the issue in the German parliament. However, so far no recognition has taken place.

As part of the collaboration, the articles will be published in Ukrainian on the Museum’s website and in German on the Ukraine in Deutschland page. The history of the Holodomor will be told in detail through the prism of the memories of the survivors.

Ukraine in Deutschland is an organization that develops Ukrainian culture in Germany. The idea of ​​its foundation arose at the First All-German Meeting of Ukrainian Associations and Initiatives in 2015 in Berlin.

The platform dreams of as many foreigners as possible fall in love with Ukraine. On the website, as well as on the bilingual Facebook page, Ukrainian diaspora talks about Ukrainian events, unions, projects, initiatives, books and Ukrainians in Germany.

Follow the pages of the Museum and Ukraine in Deutschland on Facebook, Instagram and on the website, as well as the hashtag #проГолодоморнімецькою / #überHolodomoraufDeutsch to learn about history, support and disseminate information cooperation among Ukrainian and foreign friends.