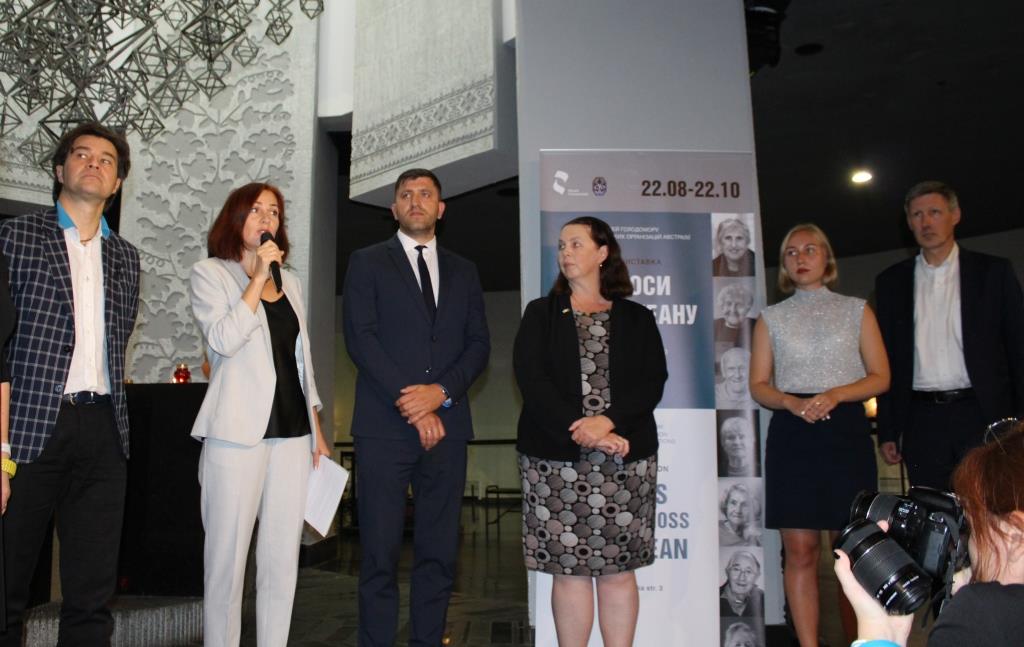 The project’s curators, Australians of Ukrainian origin, have searched across the continent for Holodomor witnesses who emigrated to Australia after the 1930s. By collecting testimonies and taking portraits, they have created an international historical and cultural project to preserve the memory about one of the greatest genocides, the Holodomor. The exhibition, through photographs and memoirs in the form of letters, tells the personal stories about the 1932–1933 Holodomor told by twenty six people from thirteen regions of Ukraine.

The exhibition was presented by Director of the Museum Olesia Stasiuk, Minister of Culture of Ukraine Yevhen Nyshchuk, Australian Ambassador Melissa O’Rourke, representatives of the World Congress of Ukrainians, and Deputy Director of the SSU Archive Anatolii Khromov.

Australian Federation of Ukrainian Organisations representatives Janina Gree and Halya Kostiuk, Australian curators, came to Ukraine specifically for the opening and spoke: “We cannot believe that the project we have been doing for two years and have already presented in Australia is now here in Ukraine. Three people have passed during the creation of the photo project, and that is why the memories that will tell their stories to future generations are so important. ”

The exhibition is available in two languages: English and Ukrainian and will last until October 22, 2019. Entrance to the photo exhibition at the Holodomor Museum, located at 3 Lavrska Str. (Kyiv) is free.

The Minister of Culture of Ukraine emphasized the importance of connection and cultural cooperation that is becoming stronger with such a distant country as Australia. The Australian Ambassador noted: “There is a large community of Ukrainians on the continent – 46,000 people, who remember their roots and are characterized by exceptional patriotism. There are portraits of several people from the Diaspora of Ukrainians here, but their life stories are unique and at the same time similar – the childhood of them all was during the Holodomor. Although they have been able to build a new life in Australia, the memories of their roots and tragedy will always be with them.”

Each visitor can send a letter in response to those whose stories are shocked them the most. The museum team will send all the letters to the witnesses in Australia. In spite of the miles of land and oceans between Ukrainians, they will always be united by national identity, language, history and collective memory.