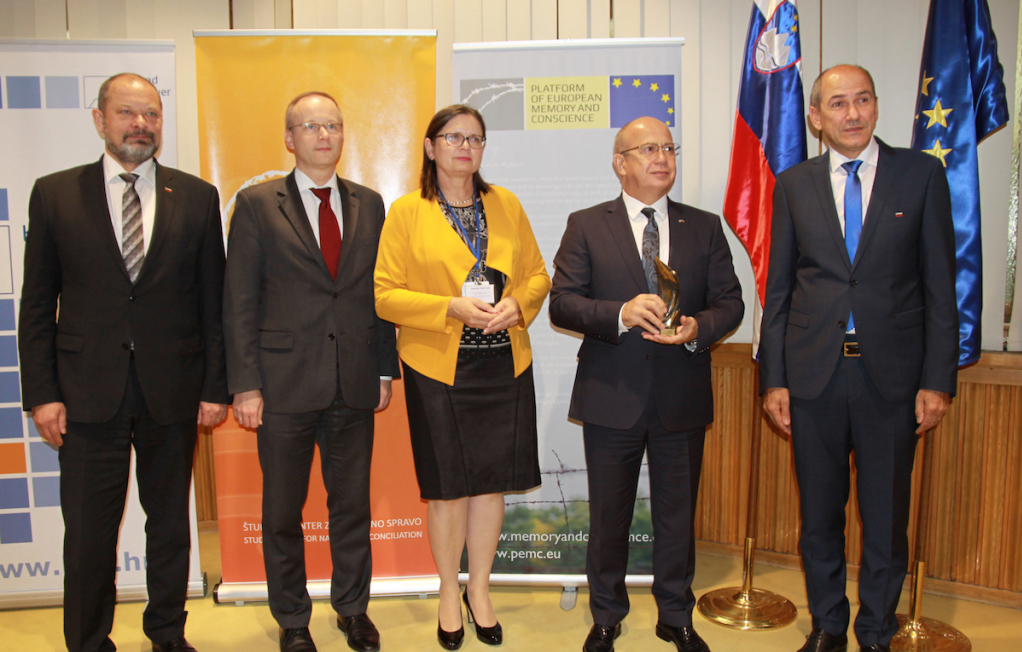 On November 14, 2018 in Ljubljana during the International Conference “The Dark Side of the Moon: Combating the Totalitarian Past – Confrontations and Thoughts”, the winner of the annual prize of the Platform of European Memory and Conscience, which is awarded to people who are fighting against totalitarianism, for the ideals of democracy, basic human rights and freedoms and the rule of law, the press service of the Platform informs.

The National Museum “Holodomor Victims Memorial” nominated Oleg Sentsov for the Prize. Members of Platform voted for the Ukrainian filmmaker, acknowledging his personal courage, struggle and sacrifices for the support of fundamental democratic values and freedoms after his trialin the Russian Federation.

“y awarding the Prize, the Platform wishes to express its respect and support for Ukrainian citizen Mr Sentsov whom the Platform considers, since his detention in May 2014, a political prisoner in the Russian Federation. The Platform calls for his immediate release.”, – is written in a message.

The award was given to the Ambassador of Ukraine to Slovenia Mykhailo F. Brodovych.