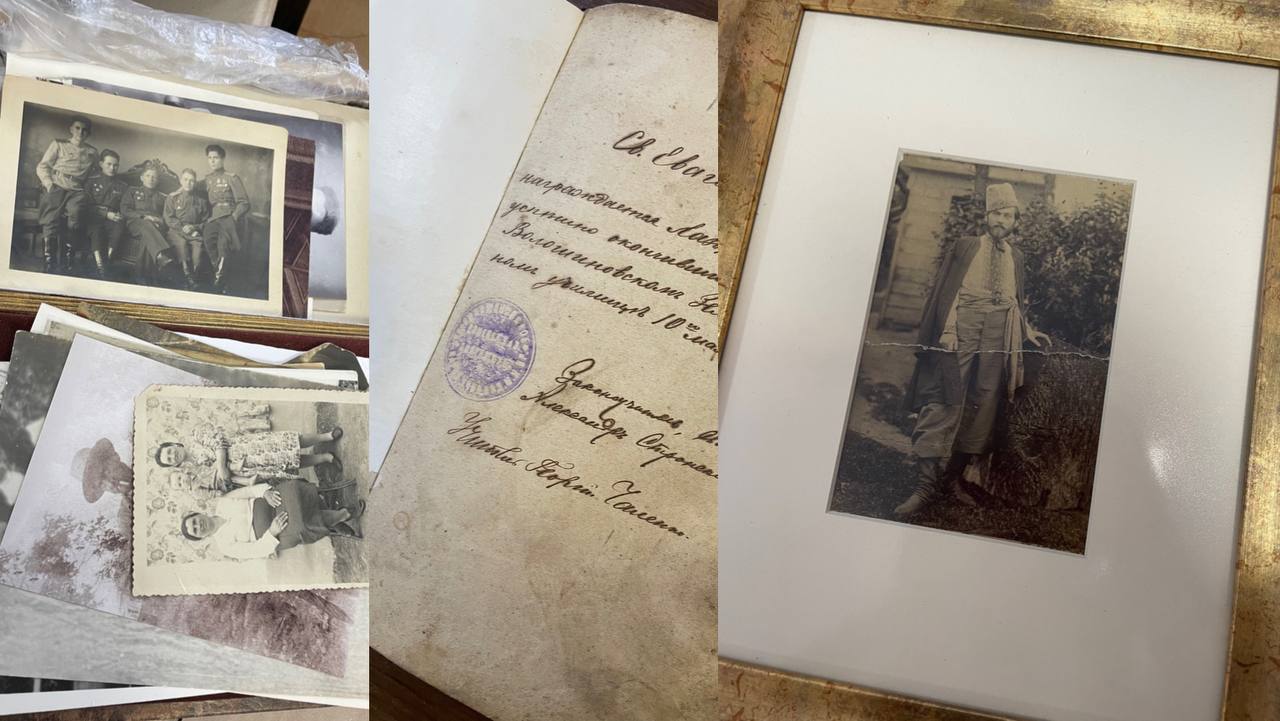 A large family archive – photographs, religious literature, books about his grandfather, and his personal belongings – was handed over to the Holodomor Museum by Oleksiy Voblyi from Kharkiv, the grandson of a priest who saved children during the Holodomor. 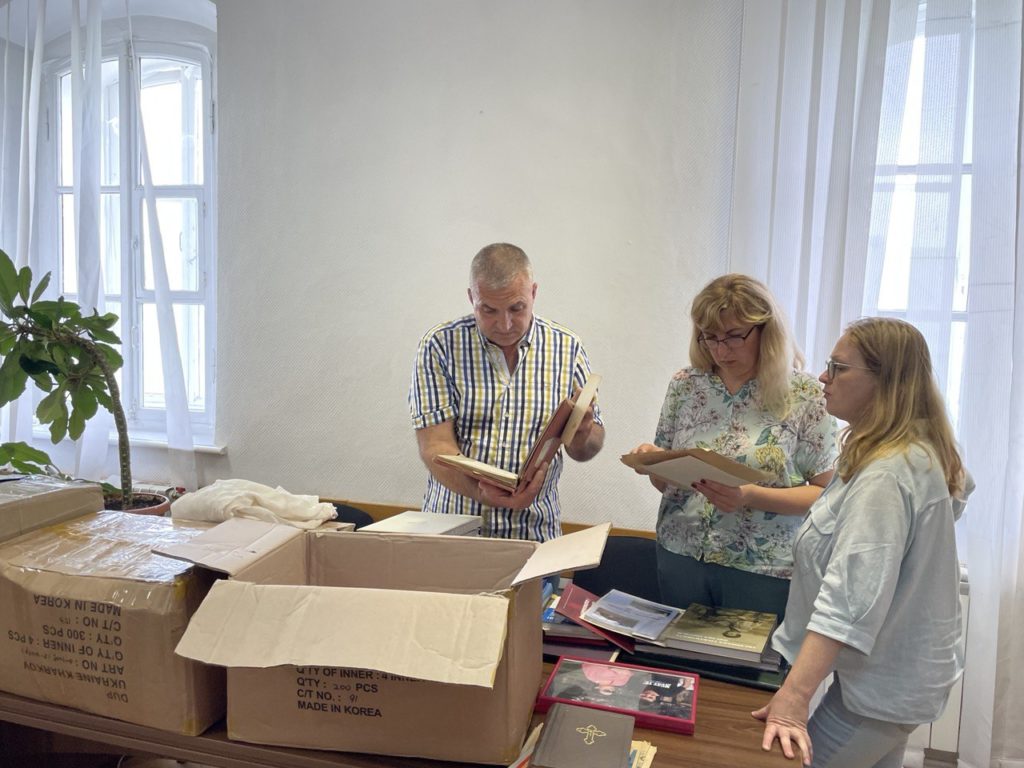 Grandson Oleksiy Voblyi is handing over the archive to the museum.

Oleksiy Voblyi – a philanthropist, priest, and during the Soviet years – a teacher – was born in 1881 in the Poltava Region. He served at the temple, later he was in charge of an orphanage.

In 1932-33, he lived in Piskoshyne village, in the Veselivsky district of the Zaporizhzhia region. According to the old residents, he collected stones from the destroyed church with his own hands and built a school with them there. Later, it became the cultural centre of the entire village: it was both a club and a theatre; Voblyi was not only a school director and a teacher but also managed an amateur theatre and a folk choir. 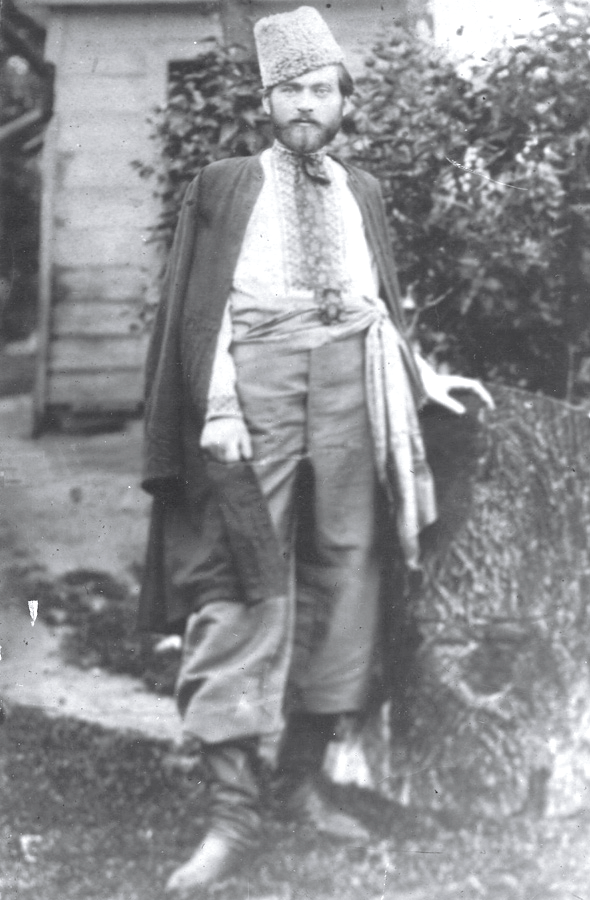 In the mid-20s, due to the political repression, his sister was shot, and his brother – sent to Siberia. Oleksiy Voblyi himself did not escape the repressions of the Soviet regime either. In the spring of 1937, he was tortured to death in the basements of the Melitopol NKVD. Oleksiy Voblyi’s name is included in the National Book of Memory “Humanity in Inhuman Times. Philanthropists during the Holodomor”.

The life and activities of the philantropist Oleksiy Voblyi were restored bit by bit by his family – daughter-in-law Lyudmyla and grandson Oleksiy, named after his grandfather.

As Oleksiy Voblyi, Jr., who personally brought the archive to the Holodomor Museum, said, the war prompted him to hand over family values ​​to the museum. “These photos I am handing over to the museum today are 120-150 years old. My ancestors have preserved them to this day, and I have always been proud of them, Mr. Oleksiy says. – Some of them I put in frames, and they are on the walls of my apartment: for children, friends, guests to see… When the war started, I packed an alarming suitcase according to the instructions. There was everything necessary, but… there was no photo. On the 11th day, under shelling we went from Kharkiv to Vinnytsia. For first few days, I could not find a place for myself. I was always punishing myself because my great-grandparents, grandparents, and parents saved these photos, but I couldn’t! I was so ashamed that I had left them. After all, this is the story of my family, my children, and my country.”

Mr. Oleksiy says that as soon as he got an opportunity, he returned to Kharkiv and took his family’s archive. “Now I am giving all of this to the Holodomor Museum because I am convinced that these things and archival materials should be preserved for posterity,” he adds.

Oleksiy Voblyi learned about the history of his distinguished ancestor already in the days of independence when the truth about the Holodomor ceased to be taboo. During this time, it was possible to find the grandfather’s burial place, as well as many archival documents about his life and activities. The family also keeps in touch with Piskoshyne village, where the benefactor Oleksiy Voblyi lived and saved children.

If you have preserved photos, documents, or other things that tell about the Holodomor-genocide or belong to this period, write to the e-mail of the museum [email protected], in private messages on our Facebook page or call +38 044 254 4512. Each such thing is priceless and should be preserved.