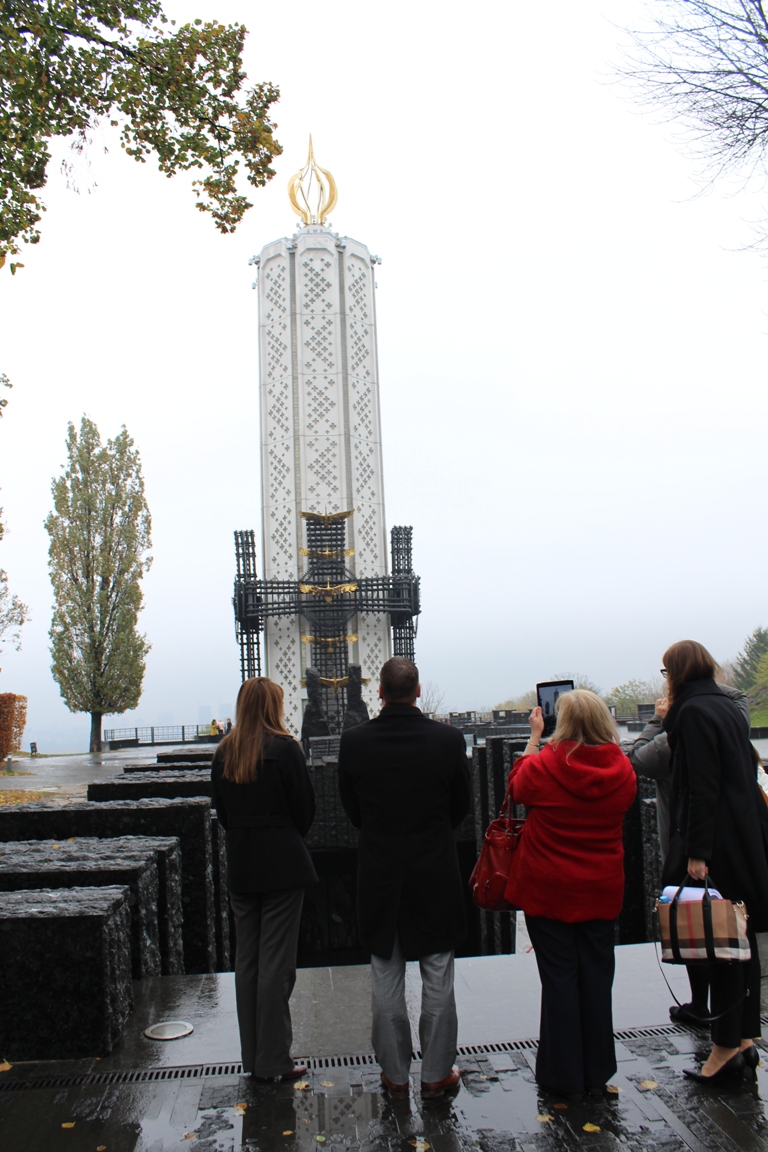 On October 26, 2017, it was our pleasure to host honored guests from Canada. The Holodomor Victims Memorial was visited for the first time by: Minister of Economic Development and Trade of Alberta Déron Bilous, the Chairman of the Alberta Council of the Ukrainian Canadian Congress Olesya Lutsiv-Andriyovych and the representative of the Legislative Assembly of Alberta Jessica Littlewood.

According to the tradition of honoring the memory of millions of innocent victims of Holodomor, guests put the flowers at the foot of the sculpture of a girl and lit candles at the Altar in memory of 7 million Ukrainians.

The Canadian delegation had time to get acquainted with the exposition of the museum, to listen to a tour about the history of Holodomor and to watch a museum movie.

Today, Canada is the country that provides Ukraine with the most powerful support. This also applies to the issue of spreading knowledge about Holodomor among Canadians and to facilitate the recognition in the world of Holodomor as an act of genocide against the Ukrainian nation.