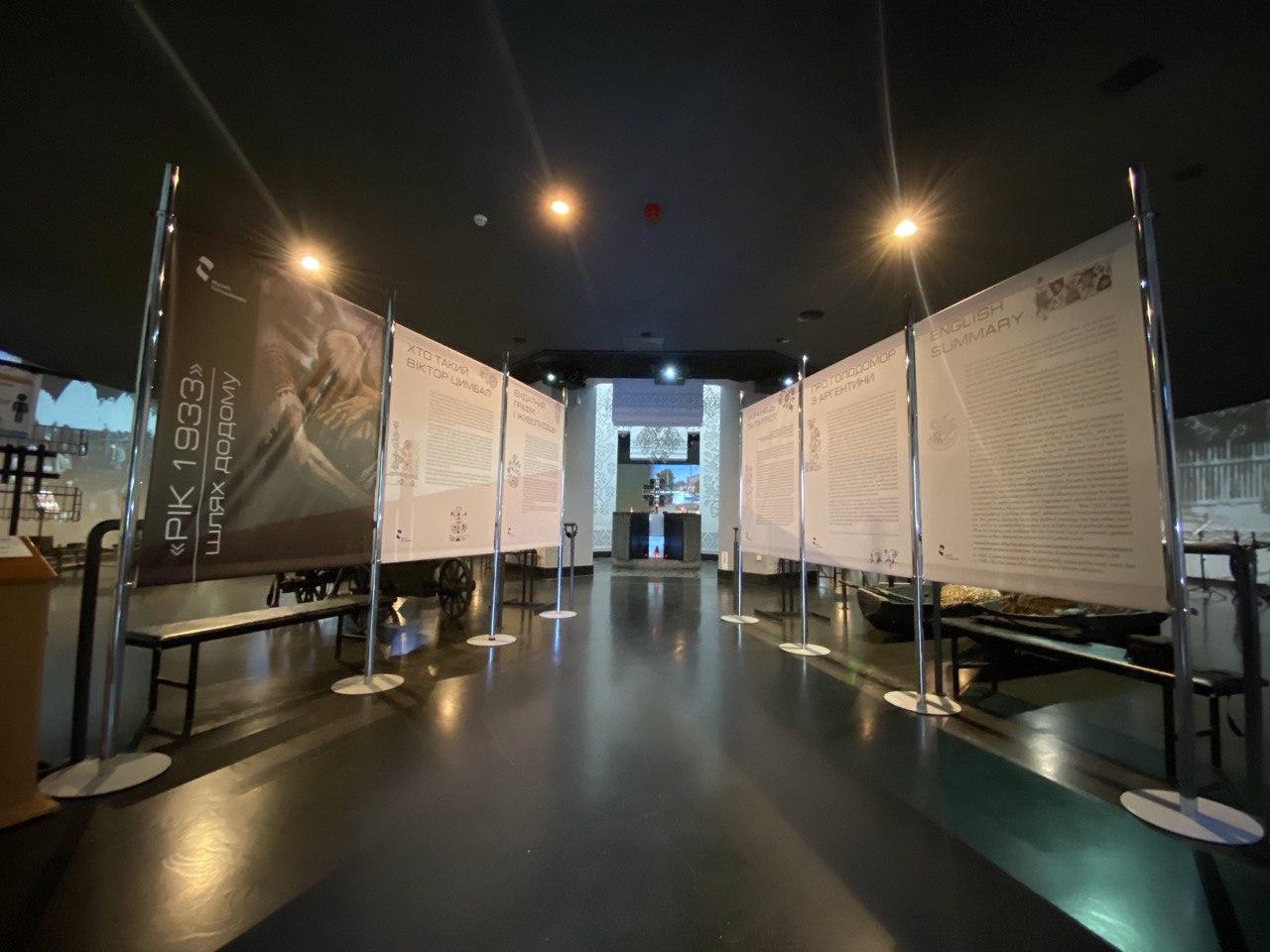 Opening of the Exhibition “Year 1933. THE WAY HOME”. The First Painting about the Holodomor Is Already in Ukraine

On July 16, the National Museum of the Holodomor Genocide presented the exhibition “The Year 1933. The Way Home” about the world’s first painting on the Holodomor of 1932-1933 in Ukraine, which was recently transferred from the Consulate General of Ukraine in New York, and its author, Ukrainian emigrant artist Viktor Cymbal.

The painting “Year 1933” is a conviction of a Ukrainian to the inhuman Stalinist regime. Viktor Cymbal portrayed the Holodomor not illustratively, but symbolically: a mother and child, who died of starvation, ascend to Heaven. The images express the greatness of the peace of eternity.

Olena Lodzynska — a representative of the Museum of the Sixties.

About Viktor Cymbal: An emigrant artist who, living on 3 continents and in 5 countries, has always remained a Ukrainian.

Viktor Cymbal emigrated to Czechoslovakia after the defeat of the UPR army. In Prague, he was educated as a painter, graphic artist and theatrical scenery artist and even won a prestigious competition. However, life drove him further, and in Argentina the artist was forced to start all over again. Recognition, as well as money came to him in the field of graphic commercial advertising. “World companies were fascinated by his works. He was considered the best graphic artist in South America, as evidenced by the fact that he received six medals and diplomas from numerous companies and the Argentine Society of Artists,” his wife wrote in her memoirs.

The artist’s quote: “Finally sweep away this prison of nations and liberate Ukraine, and with it the rest of the enslaved nations!” he called. Tsymbal understood that because of his past he would never be able to return home, so in one of his letters he asked his sister to send him from Ukraine to the United States, where he had lived since 1960, a lump of native land from the place where the Tithe Church stood and where the Ukrainin statehood dertived from.

Due to a large-scale Soviet campaign to cover up the Holodomor, which Viktor Cymbal tried to fight (he wrote articles for newspapers and raised funds to help refugees from the USSR), each presentation of the painting was accompanied by protests by local communists. For example, the protest gathered when the painting was first exhibited at the Mueller Gallery in Buenos Aires.

What else can you see at the exhibition? In addition to the painting “Year 1933”, the museum also exhibits a series of political cartoons “Lukomorye”, created by the artist and published as a book in 1949 in Buenos Aires. In the preface, Cymbal explains the name “Lukomorye” as derived from the root “mor” (“to starve”). 16 caricatures depict Soviet crimes — mass murders, the creation of a collective farm system, Katyn, forced repatriation, as well as Marx and Lenin, Stalin, Trotsky, and so on.