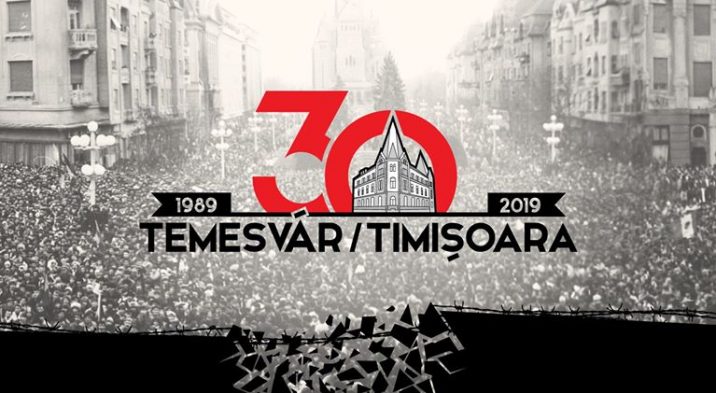 From December 13 to December 15, 2019, the International Conference “30 Years of Freedom” was held. It was dedicated to the anniversary of the revolution and the fall of the communist regime in Romania. The conference, organized by the Hungarian National Council of Transylvania and the Platform for European Memory and Conscience, was held in Timisoara, where a revolution began in 1989 at the Polytechnic University.

Museums, scholars, political and public figures from the institutions of Central and Eastern Europe, who suffered from communist totalitarian regimes in the twentieth century, took part in the international conference.

During the panel discussion, Yana Hrynko, in her report “Repression of National Minorities and Religious Groups”, spoke about national politics in the Soviet Union at the beginning of its existence, a hierarchy of nations within this totalitarian country, built on the basis of Russian imperialism and led by the Russian people, respectively. The speech touched directly the history of the Holodomor-Genocide of Ukrainians in the Ukrainian SSR and in the North Caucasus (Kuban), as well as the liquidation of the Ukrainian Autocephalous Orthodox Church, the repression of clergymen in the context of the elements of genocide crime.

During the panel discussion, not only the issues of loss and damage caused during the communist rule, but also the issue of resistance to communism, the fate of people who tried to escape from communist countries were discussed. The issues of post-communist trends in these countries today were discussed too. Czech parliamentarian Pavel Zacek emphasized that in his country communists still have influence and political power.

Participants included: Laszlo Tókés, President of the Hungarian National Council of Transylvania and former Pastor-Reformer of Timisoara, Lukas Kaminsky, President of the European Memory Platform and Conscience and Mayor of the host city Florian Michalca. In addition to spreading knowledge about the crimes of communism and preserving the memory of the victims of these crimes, the institutions of the conference are united by the desire to politically condemn communist ideology and to legally ban it in the world.