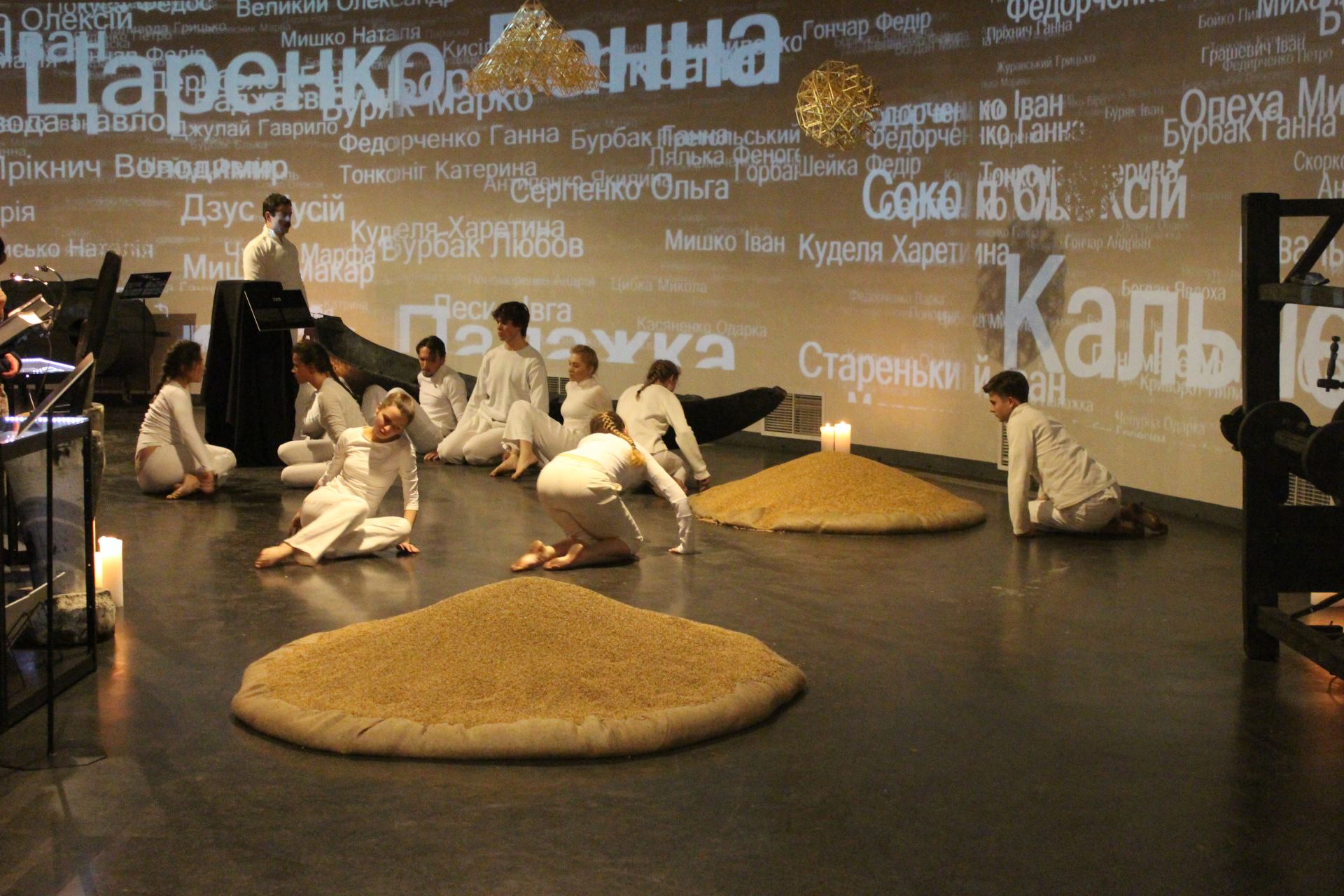 On November 27, 2016, the recently created theater “SvOlok” made its debut with the plastic performance “Eyewitnesses” at the Holodomor Victims Memorial.

The actors, who are also the authors of the script, performed monologues – memoirs of eyewitnesses of the Holodomor, in conjunction with the choreographic production (choreographer-director – Maria Myasnikova).

Thanks to the “SvOlok” theater our visitors saw the history of the Holodomor through the life stories of real people. The purpose of the performance is to give the viewer the opportunity to experience this catastrophe of 1932-1933 through of the human destiny and human emotions.

The theater “SvOlok” was grounded on November 17, 2016 by students of the Kyiv National University of Theater, Cinema and Television named after. I.K. Karpenko-Karyj. (“Svolok” is the main beam that supported the ceiling in a traditional Ukrainian house. It was made mainly of oak. Svolok has always symbolized the strength of the home, wealth, fertility.). The troupe collaborates with the “Practicum” theater and the Contemporary Art Centre “DAH”.