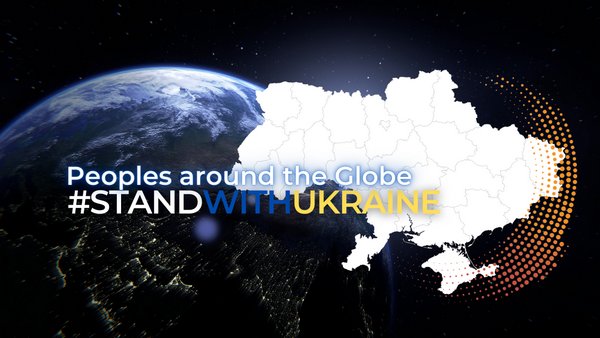 The Russian Federation has willfully and maliciously violated existing international standards and agreements. Together with current political and economic sanctions, as well as a ban to compete in sporting and other international events, we call for sanctions that would limit Russia’s presence within the international cultural arena.

Russia is effectively a totalitarian state, and too often it uses culture tool picked from its state propaganda toolbox.

For the sake of Ukraine, and to uphold and preserve the principles of peace and order, we are calling for the international cultural community to:

1. Cancel all projects which involve the Russian Federation, including projects implemented with Russian money.

2.  Suspend the operations of all Russian cultural centers located in partner countries.

4.  Ban representatives of the Russian Federation from competing in international competitions (e.g., the Eurovision ban), and from participation in international exhibitions, forums, and other cultural events, including:

a) contemporary art exhibitions and fairs, such as the Venice Biennale, Art Basel, Documenta, etc.

6. Pull out of partnerships with all artists and entertainers who openly support the Russian President Vladimir Putin and his actions, as has already been exemplified by the Munich Philarmonie, Teatro alla Scala in Milan, the Royal Opera House in London and a string of other theatre companies.

We, Ukrainian artists and cultural activists, highly value the stance taken by some Russian cultural influencers who have openly condemned the Russian aggression and military action against Ukraine. They cannot be blamed for criminal actions of their government. Art has always remained at the forefront of humanitarian values. We strongly believe that culture cannot be subservient to political propaganda, instead it should be utilised for developing critical thinking and promoting dialogue.

The cultural sanctions were already imposed by the Metropolitan Opera, the Frankfurt Book Fair, the Festival de Cannes, Latvian National Opera and Ballet Theatre, European Film Academy and many other organisations.

The Russian Federation is a rogue state. Russian culture, when used as  propaganda, is toxic! Don’t be an accomplice!