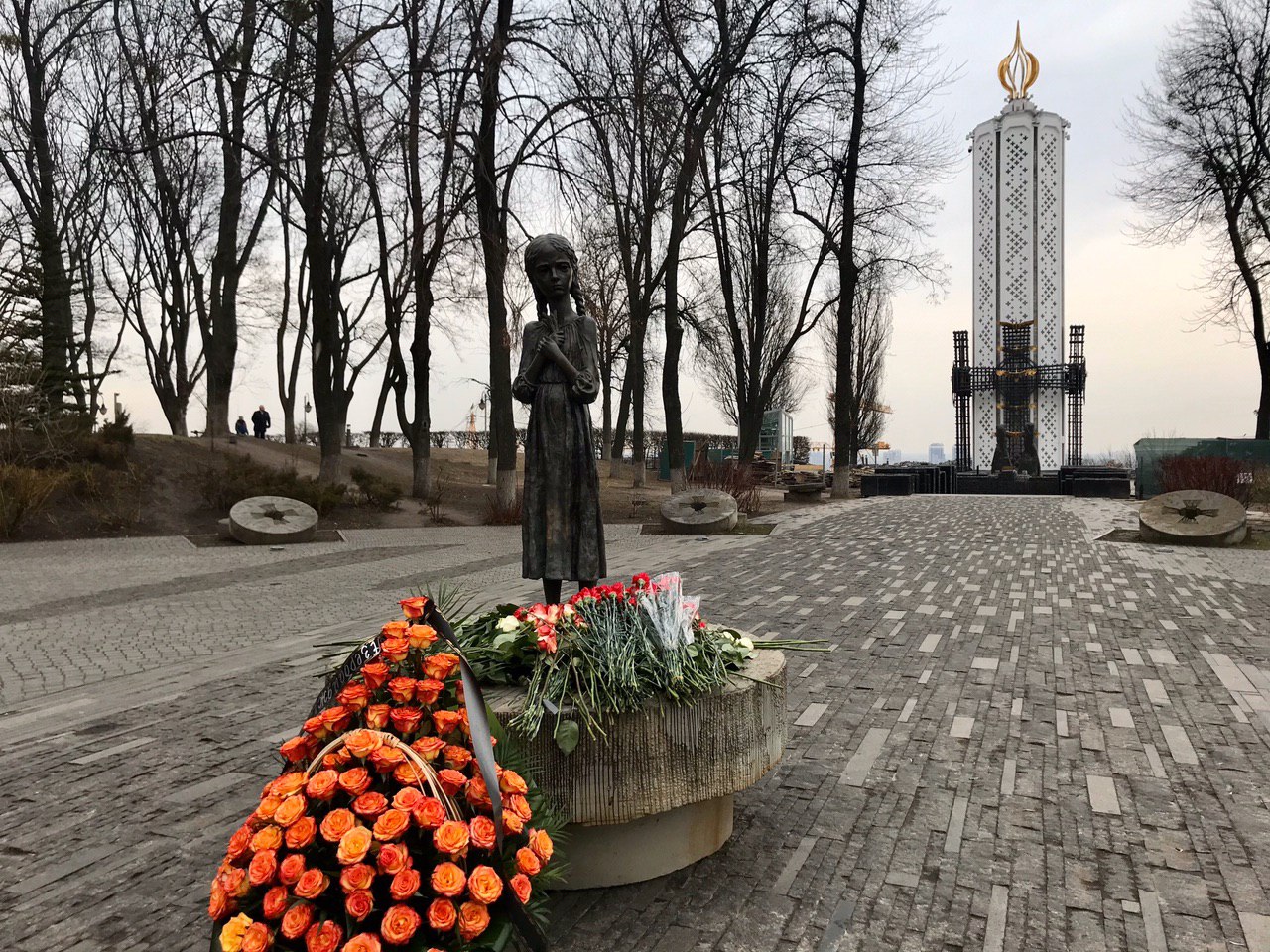 Place, Where Memories Unite. Azerbaijani Community in the Holodomor Museum

On February 26, an event commemorating the 28th anniversary of the killing of Azerbaijani civilians in Khojaly took place at the National Museum of the Holodomor-Genocide. It was organized by the United Diaspora of Azerbaijanis of Ukraine (UDAU). It was visited by secretary of the Ukraine-Azerbaijan Interparliamentary Relations Working Group on Diaspora Organizations Ivan Slobodianyk, Azerbaijan’s ex-Ambassador to Ukraine Talat Aliyev, Ex Minister of Fuel and Energy of Ukraine Burzu Aliyev, Professor, Doctor of History Ferkhad Turanly, head of UDAU Hikmet Javadov, and Ukrainian public figures.

According to the head of UDAU Hikmet Javadov, the choice of venue for this year’s event was not accidental.

“The 32-meter-tall Candle of Remembrance monument, a bronze sculpture of the girl located in the center of the square, a composition of angels at the entrance to the memorial, the Black Boards Alley are the places of worship of thousands of Ukrainians, whose identity was to be replaced with Soviet one by committing a crime of genocide, the Holodomor. We, Azerbaijanis who live in Ukraine, honor the memory of the innocent victims of this horrific tragedy. And today, coming to the day of the Genocide of the peaceful Azerbaijani population in Khojaly, we demonstrate that our people, who have recently experienced such a huge tragedy, share the pain of Ukrainians. Everyone who came to the Holodomor Museum today demonstrated that our nations were also united by a common pain, similar pages of history. We are convinced that such tragedies should not be repeated, and our peoples are obliged to preserve the memory of them in order to prevent them in the future,” Hikmet Khadzavadov said.

The Khojaly tragedy is one of the most horrific episodes of the Armenian-Azerbaijani war. On the night of February 25, 1992, 613 people (accordingly to the Azerbaijani government), including elderly, women, and children, were killed by Armenian armed forces with the participation of servicemen of the 366th Guards Motorized Rifle Regiment of the CIS Joint Forces.