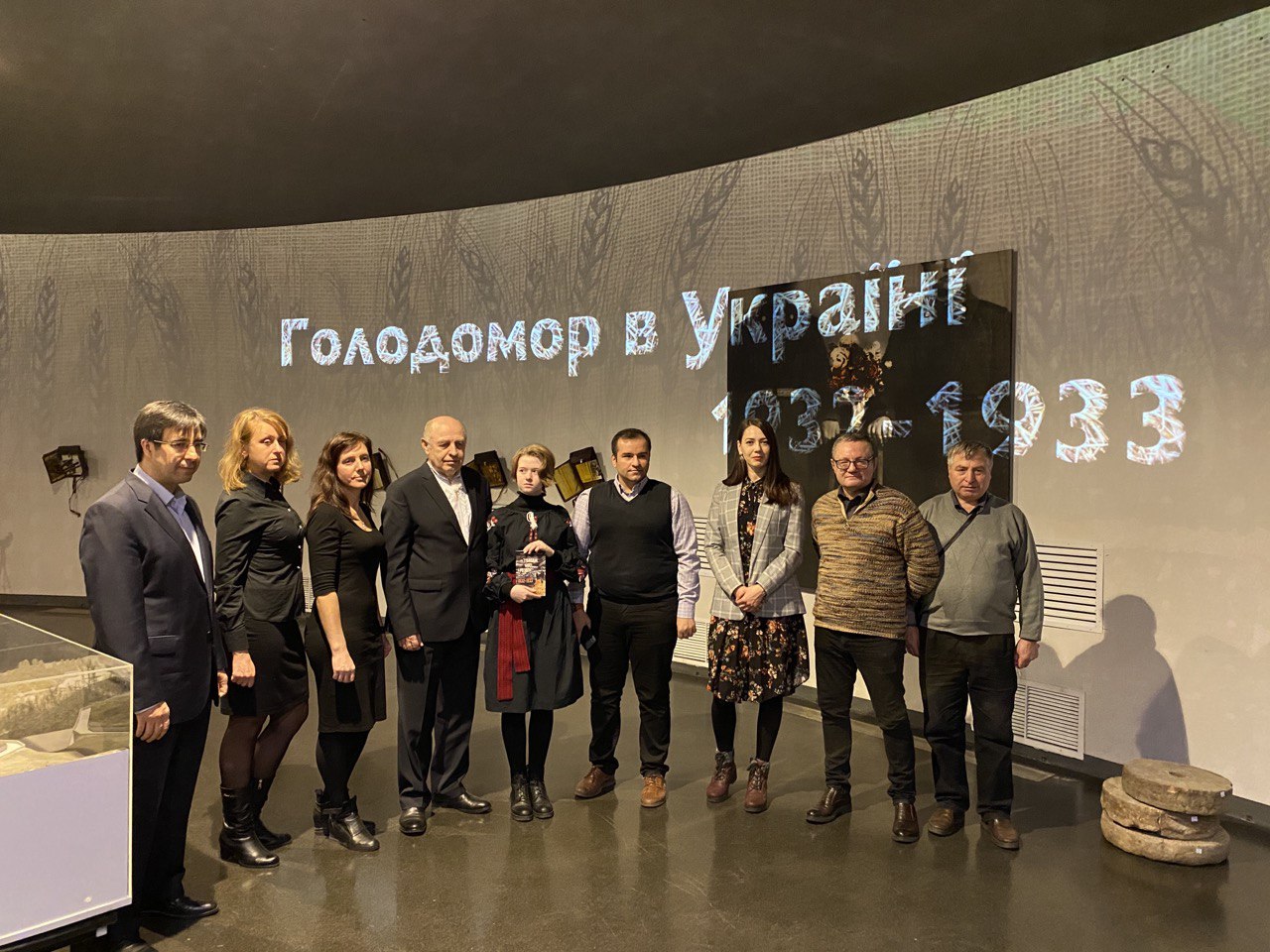 Presentation of the book “Hungry, Barefoot, and Undressed…” Ukrainian Children in 1932–1933

On November 25, Volodymyr Serhiichuk, Doctor of History, Professor, Head of the Department of World Ukrainian History at Taras Shevchenko National University of Kyiv, presented his new book “Hungry, Barefoot and Undressed…” Ukrainian Children in 1932–1933 at the National Museum of the Holodomor Genocide.

Volodymyr Serhiichuk —author of the book, Chairman of the Board of the International Cultural Center “Shine” in Kyiv;

The presentation was moderated by Iryna Batyrieva, PhD in History, First Deputy Director General of the National Museum of the Holodomor-Genocide.

The book is dedicated to the memory of Ukrainian children who died of starvation in 1932 and 1933. It was the result of many years of studying archival documents and eyewitness accounts of the Holodomor. The author estimates the loss of Ukrainian children of preschool and school age, which amounts to 3.5 million people.

Volodymyr Serhiichuk used archival sources that historians rarely pay attention to, for example, lists of children who went to school in Ukrainian villages, as well as documents on the reform of the school system, which occurred due to incomplete classes after the Holodomor genocide.

“The opportunity to talk about the loss of children has arisen only now, because data on the fullness of primary school classes have been revealed. When the number of students in a certain village in 1933 or 1934 is known and there are birth certificates for 1924, 1925, 1926, it is possible to estimate how many children did not survive the Holodomor. Even preliminary calculations are impressive. There is also information on how many students went to first grade in 1931 and how many remained after the Holodomor in 1934. The Kyiv Regional Archive has the following data. For example, in Boryspil district in 1931 2250 children went to the first grade, and 4 years later (in 1934) there were only 1590 children—1000 first-graders did not live to the 4th grade. In Vasylkiv district, the siruation was even worse: 1,100 first-graders did not go to school in 1934,” the author said.

Volodymyr Serhiychuk’s book “Hungry, Barefoot and Undressed…” Ukrainian Children in 1932–1933 was published with the support of the Holodomor Genocide Foundation (Chicago, USA) and the International Cultural Center “Shine”.

To get more information about our projects and to support them in information, please contact us by e-mail [email protected] or by calling +380674397507 (Olga Syrotiuk, museum communications manager).