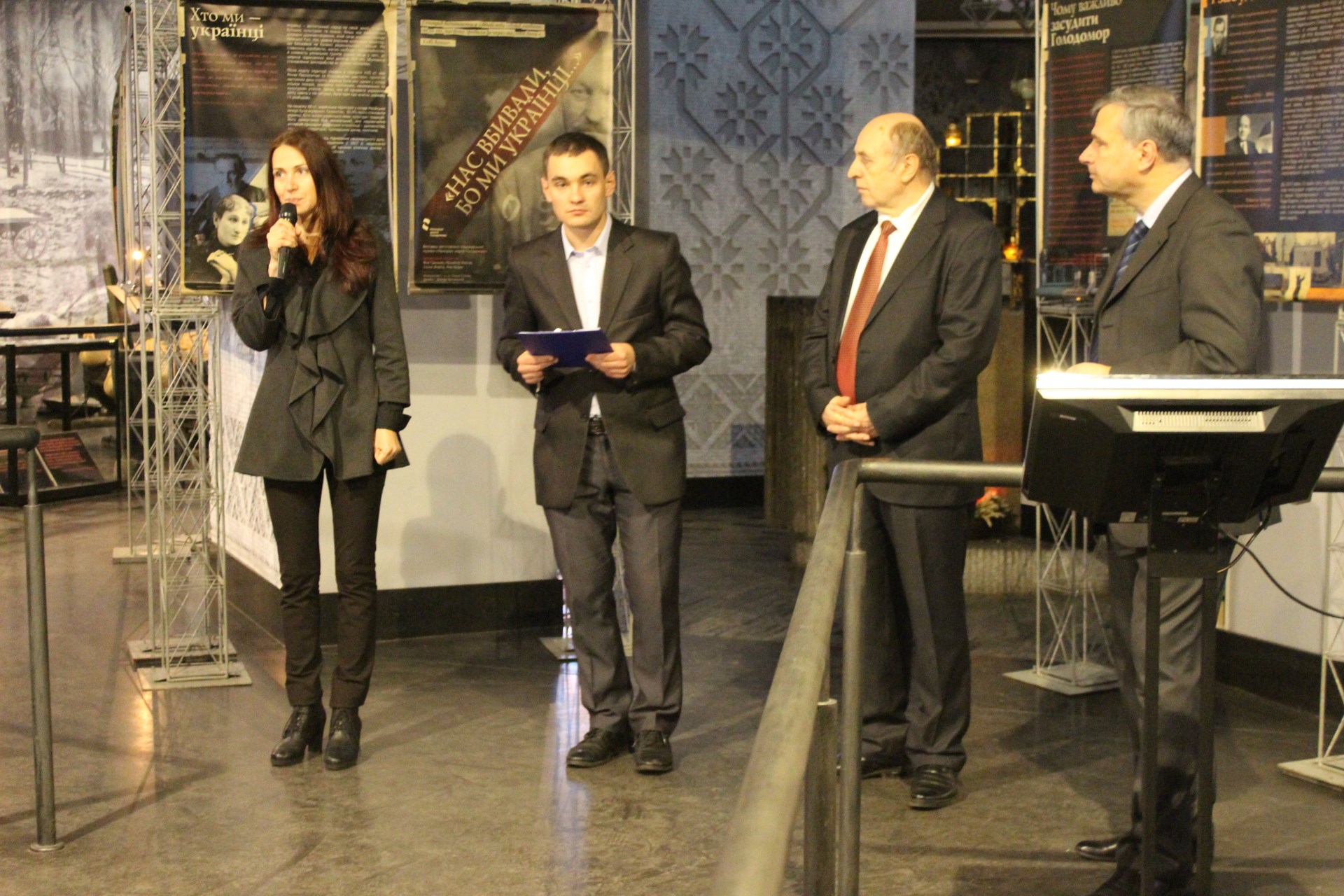 Presentation of the exhibition “We were killed because we are Ukrainians”

On November 24, 2017, the National Museum “Holodomor Victims Memorial” presented a documentary and journalistic exhibition “We were killed because we are Ukrainians”.

The exhibition was presented by Director General of the Memorial Olesia Stasiuk, Chief of the Branch State Archive of the Foreign Intelligence Service of Ukraine Vyacheslav Rudenko, Professor of the Taras Shevchenko National University of Kyiv – Volodymyr Sergiychuk and one of the exhibition’s authors, Myhailo Kostiv.

The National Museum “Holodomor Victims Memorial” presents the informational exhibition “We were killed because we are Ukrainians”, which answers key questions regarding the Holodomor, the genocide of the Ukrainian nation.

The Holodomor took millions of lives; it went through almost every Ukrainian family: the family of one fell by half, others – by a third, and someone – was finished at all. There are no documents about the death of millions and there are no graves. Only general statistics and thoroughly unidentified mass burials. For decades, Ukrainians have been trying to forget the horrors of 1933, both through heartache and through fear of threatening their children (since they were imprisoned for talking about the Holodomor).

Are those who say that there was no genocide sure that their relatives are not victims? Do all Ukrainians know how and why the Holodomor was committed? Why is the Holodomor a genocide and why is it important to know and remember? How do the oblivion of this historical fact, the diminution of the murder scale, the neglect of the legal assessment of the events of 1932-1933 in Ukraine, and the non-recognition of those actions as they were in accordance with international law threaten?

The exhibition is already being translated into English; there will also be German and several more versions. The museum will pass it to all diplomatic missions of Ukraine abroad, and the exhibition will be distributed in the regions of Ukraine.