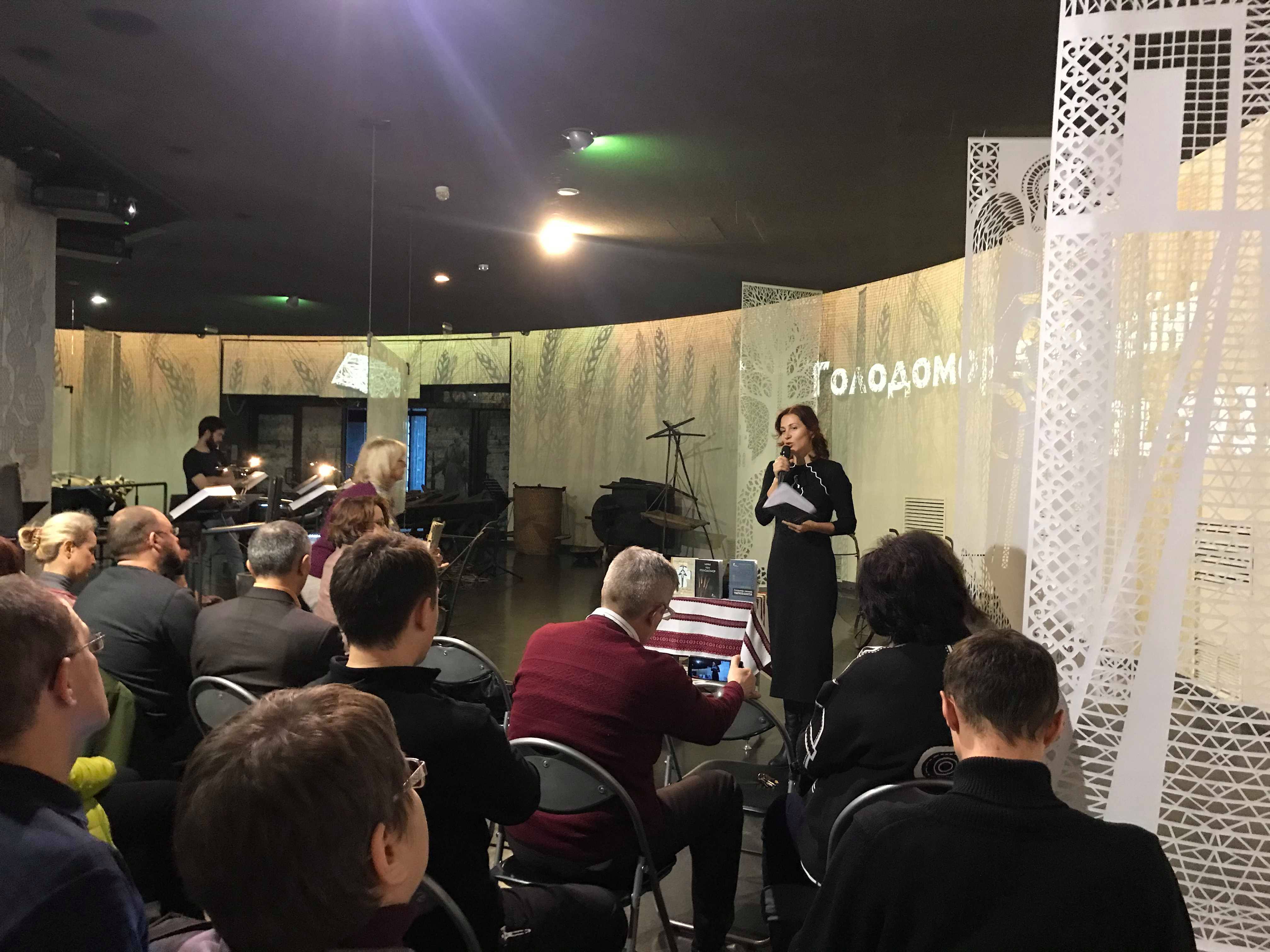 Presentation of the New Editions of the Holodomor Museum

On December 17, 2019, 4 new editions about the Holodomor were presented in the Holodomor Museum. The authors spoke about their books, their importance and content.

“There are many different tasks ahead of the museum and the Holodomor Research Institute, which was created at the museum this year. An important area is the publication of books, manuals and brochures that will spread knowledge about the genocide of Ukrainians and will be accessible to schoolchildren, students and professors. Our first popular and popular edition is The Holodomor-Genocide: Terminology, which contains 93 terms covering the main features of this crime, “said the museum director, adding that the edition was addressed to local lore scholars, teachers, and students.

The first edition on the basis of strong historical arguments, analyzes the ideological purpose of every myth that has been imposed by Moscow for almost a century to eradicate the genocidal nature of the Holodomor crime. These are, in particular, the myths that there was no artificial famine, that the famine was not a genocide, that Russia did not plan the Holodomor, that the so-called “food difficulties” did not turn into the Holodomor.

Speaking about the edition Ukraine and Ukrainians. The name as a battlefield, the historian emphasized that one of the defects of the Ukrainian historiography of the Holodomor so far the fact that the researchers studied the situation in the twentieth century only. “There was a lack of view from the bottom, the genesis of this phenomenon, the genesis of Russian strategies. And when you look at the crime of genocide from the bottom, then all these moments are more vivid. First of all, we need to discuss the terminology. Moreover, in the Ukrainian history and in the public space in general, there are many ideological manipulations that are connected with the Ukrainian identity. There are many speculations about the concepts of ‘Ukraine’, ‘Ukrainian people’, ‘Ukrainians’, ‘Rus’ … What is the original meaning of the terms ‘Russians’ or ‘Russian people’? We hear answers that have nothing to do with what it really was,” Viktor Brekhunenko says.

Halyna Tarnavska and Ivan Mykhalevych, the authors of the edition Saved Spring. Memories told about their book. It is based on the stories of the witnesses of the Tetiivskyi district, the area that suffered the greatest human losses in the Kyiv region during the Holodomor of 1932–1933. In her speech, Halyna Tarnavska, who remembers the story of her grandmother during the genocide, stresses on the importance of being human and doing everything to ensure that such crimes never happen again.

The books are available at the museum’s souvenir shop.