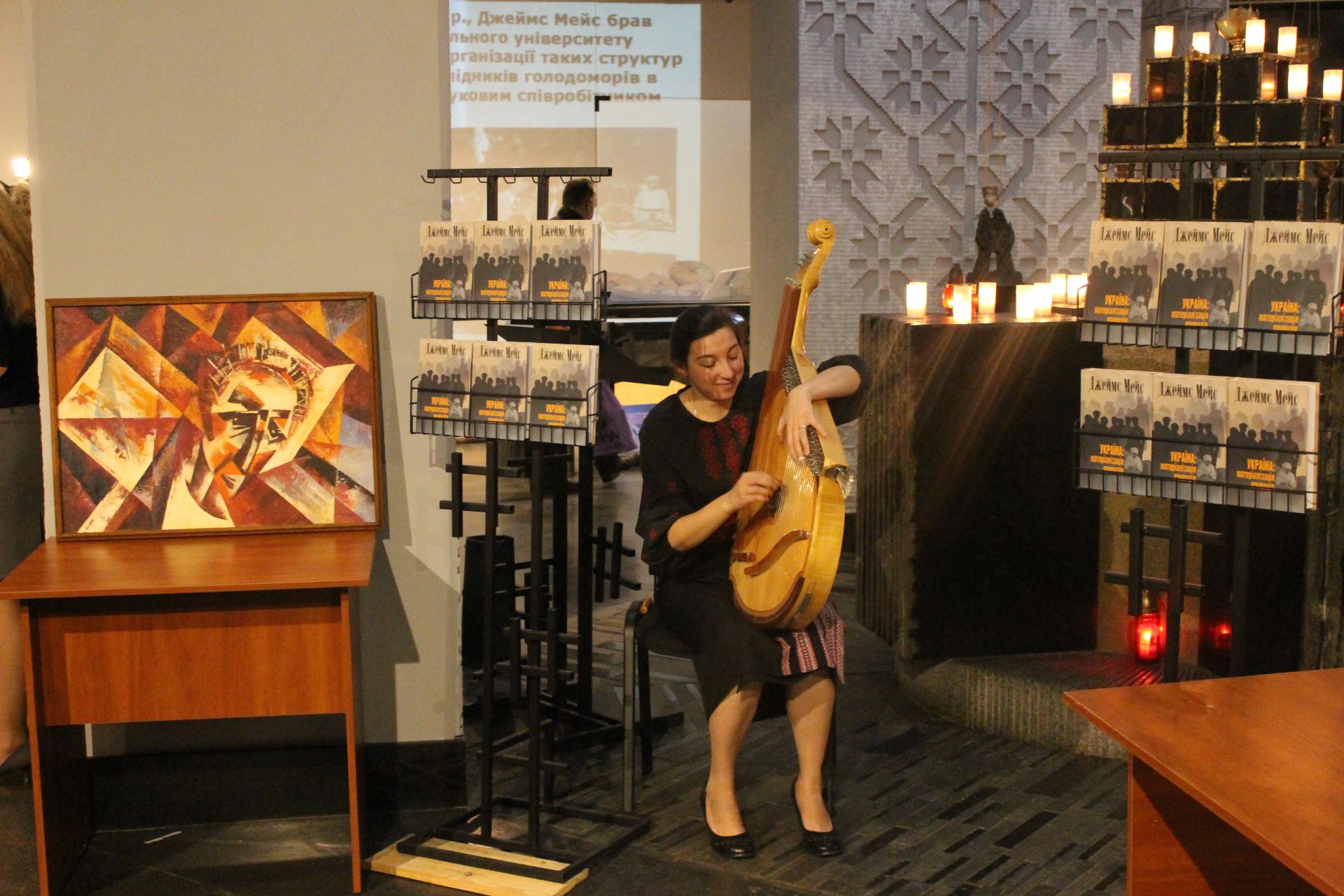 Presentation "Ukraine: the materialization of ghosts" by James Mace

The contribution of the famous American researcher James Mace in studying the history of the Holodomor, and in general the history of Ukraine, is immense. It was Mace who developed the concept of the Holodomor-genocide as a nation, the concept of modern Ukraine as a post-genocidal state. He founded the tradition of lighting a candle in the window for a sign of memory of the dead.

On November 17, 2016, the National Museum Holodomor Victims Memorial and the KLIO publishing house presented James Mace’s book “Ukraine: the materialization of ghosts”. The book includes James Mace’s first published articles, and the most important works of the researcher which immersed on the pages of Ukrainian periodicals and in the books published by the “Day” newspaper.

The presentation was attended by Mace’s colleagues, friends, all of whom were fortunate enough to work with the outstanding historian, political scientist and followers of Mace researches.

The event was opened by Natalia Dzyubenko-Mace, the organizer of the new edition, and the first deputy director of the Holodomor Victims Memorial Julia Kotsur. Professors Vasyl Marochko and Stanislav Kulchytsky, who personally knew James Mace, focused on the scientific heritage that Ukraine inherited from the researcher, and shared their memories of Mace’s views on the future of Ukraine. Director of the KLIO publishing house Vira Solovyova and Natalia Dzyubenko-Mace presented a book to the audience, told about the materials of the collection. The presentation was also attended by Olga Krekothen, Assistant Secretary of State for Cultural Affairs of the US Embassy in Ukraine, Ukrainian politician, public figure Oleksandr Sugonyako, National Artist of Ukraine Valery Franchuk, scientific community and the public.

During the presentation, the composition of pandora-player Myroslava Bereza “Elegy of Wind” was played.

The presentation ended with Natalia Dzyubenko’s “Candle in the Window” poetry recitation by Natalia Tkachuk, and a free autograph session by the compiler of the edition.