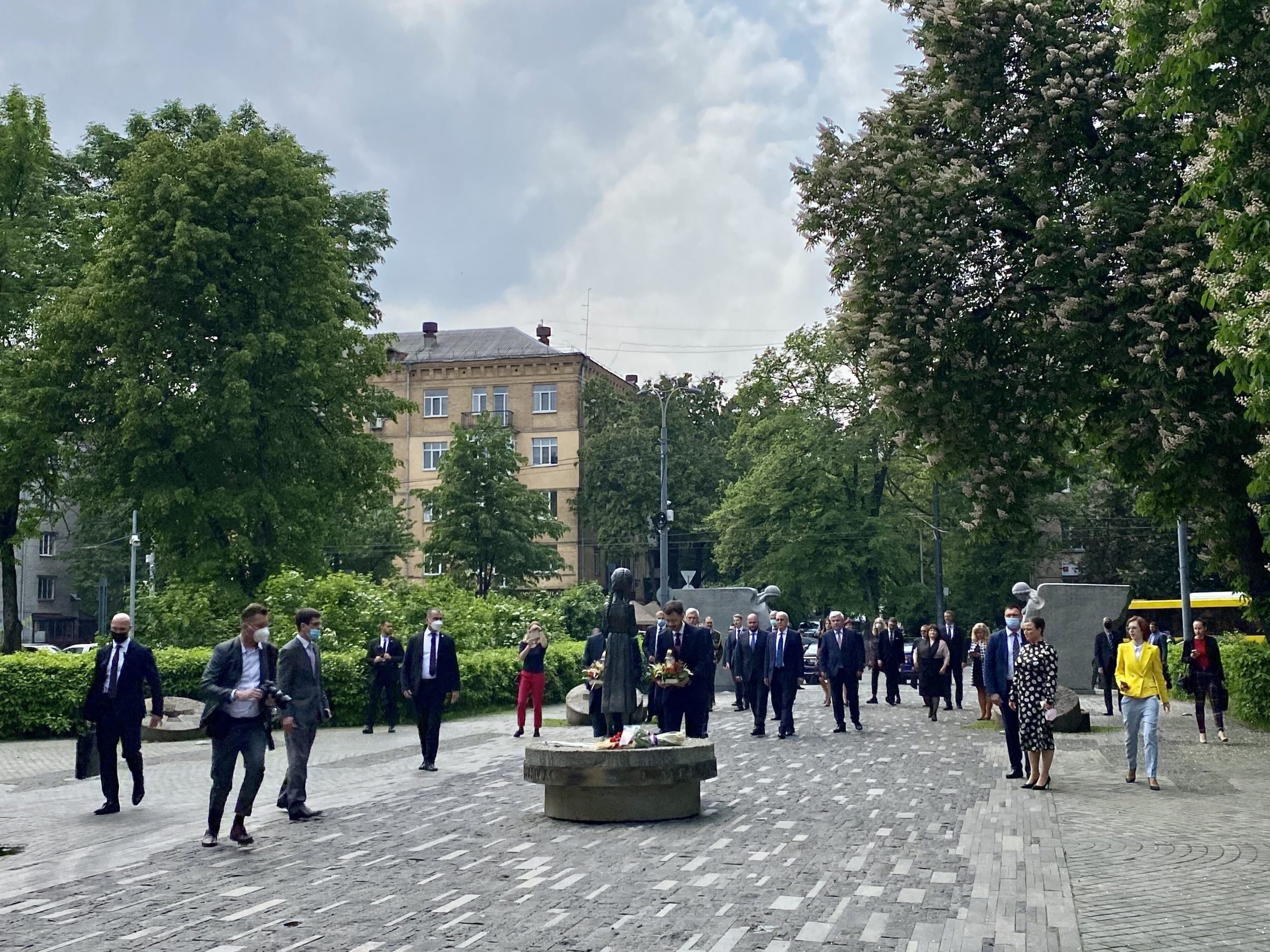 The Prime Minister of the Slovak Republic Eduard Heger, who is on an official visit to Ukraine, visited the National Museum of the Holodomor Genocide.

He saw the museum’s exhibits and placed a decorative composition of ears of wheat to the “Bitter Memory of Childhood” sculpture.

We remind that Slovakia honored the memory of the Holodomor victims in 2007.

The People’s Council … considers the Holodomor in the former Soviet Union, and especially in Ukraine in 1932–1933, an act of extermination committed by the Stalinist totalitarian regime against many peoples and groups, to which millions of innocent citizens fell victim. The People’s Council pays tribute to the victims of the Great Holodomor of 1932–1933 in Ukraine, Russia, Kazakhstan, the North Caucasus and other territories of the former Soviet Union.