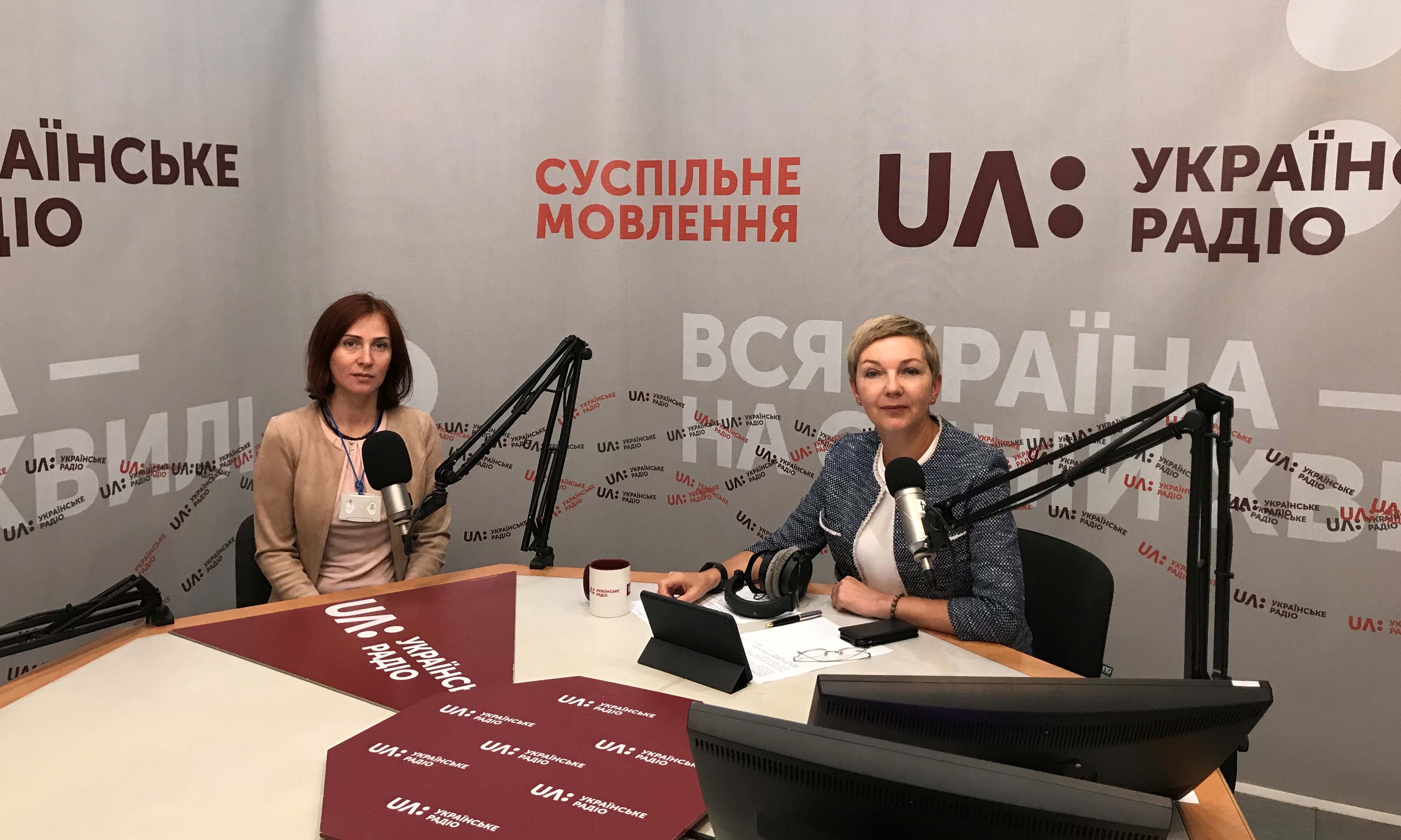 "It’s not scary in Holodomor Museum, it’s interesting there!" Olesia Stasyuk on the Public Radio Broadcasting

On July 17, 2019, the General Director of the Holodomor Victims Memorial took part in the program “Today. During the Day” on the First Channel of Public Radio. She spoke about various directions of the museum’s work, in particular, about the exhibition “The Holodomor: Destruction of Identity.”

“We see a tendency every year – the number of visitors to our museum is increasing… We would like every Ukrainian to visit the museum and understand the price of our identity, the price of our country’s independence,” Olesia Stasiuk said.

The general director of the museum highlighted the importance of visiting the Memorial by children of all ages: “It’s not scary in the Holodomor Museum, it’s interesting there! We have lectures, workshops for children aged 6–10, 10–14, as well as for adults and foreigners… For example, I know the children who visited the museum at the age of 6–7, then they brought their parents there and told how it was interesting for them to make a candle of wax or a flower that would remind them of their great-grandparents who survived the Holodomor or of their relatives who had not survive. And for these children, this is a kind of vaccine, they then normally perceive this story, they overcome that gene of fear and all that was given to us by Soviet occupation during 70 years.”

Olesia Stasiuk spoke about “The Holodomor: Destruction of Identity project,” “It is an exhibition on what Ukraine had before the Holodomor, what defined us as a nation with state-building aspirations, a nation which had achievements in culture, science, education, economics… We wanted to show and dispel this myth – we are told that all achievements came to us with the Soviets, that Ukraine had nothing before the Soviet period, that it plowed, sowed and that was all! Absolutely no! ”

You can listen to the entire program by clicking on the link!