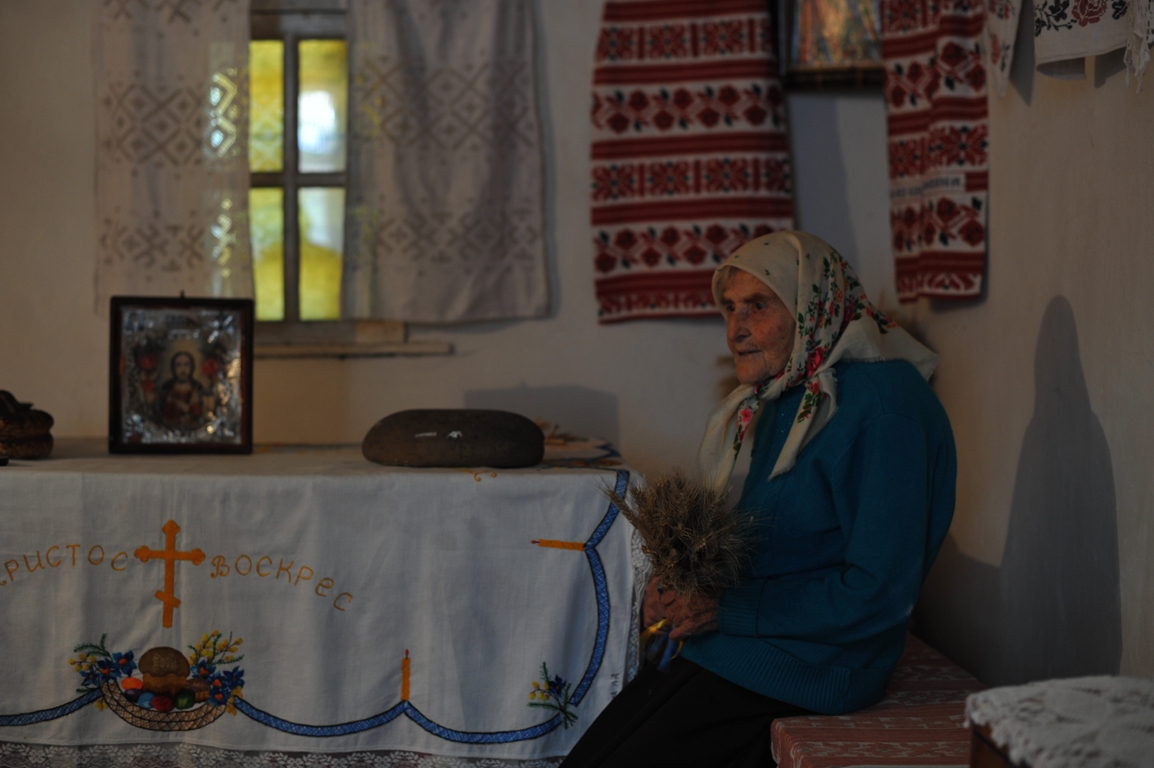 "One man gave the house for one leaf of bread": meeting with the oldest director of the museum in Ukraine

On August 9, 2017, the head of the research department Julia Kotsur, together with the photographer Kseniia Piliavska, who volunteers at the Holodomor Victims Memorial, visited Galyna Rych, an eyewitness of the Holodomor from Berezan, the town in the Kyiv region.

Being 95 years old, Galyna Rych leads the Berezan History Museum named after Taras Shevchenko, which she created on her own and devoted 50 years of her life to its development. In 2017, the National Register of Records of Ukraine named a woman “The Museum Director of the most respectable age”, including it to national record.

The destiny of this impressing woman was filled with a lot of grief, as she was born Ukrainian and on the Ukrainian land. Her childhood was overturned due to the Holodomor in 1932-1933. Fortunately, Rych’s family had survived. But pain, suffering and horror of the Holodomor do not disappear even until now. One of her strongest memories is an episode of confiscation of the millstones by the activists, which was a chance to survive: “Came to us…Three children…Beat the millstones…My father says, “What are you doing? There are so many suffering, hunger, death”…That one from Kyiv replied, “So die, we are not interested in all these deaths”…And they destroyed the millstone. We are crying and saying, “Please, don’t beat the millstones”. But they did it. And they were searching. And our mother was baking from buckwheat chaff; it had such a black colour, like soil. There was no food…It was dreadful”.

The secret of her longevity woman envisions in love to what she is doing: “I live because I love this museum. I like this work. Here different people come and I tell to him the history with a pleasure”.

Even on the day of conducting interview Ms. Rych gave an excursion to visitors of Berezan History Museum and did not forget to mention about the Holodomor, which killed about 800 people in Berezan.

Thanks for great pictures to Kseniia Piliavska