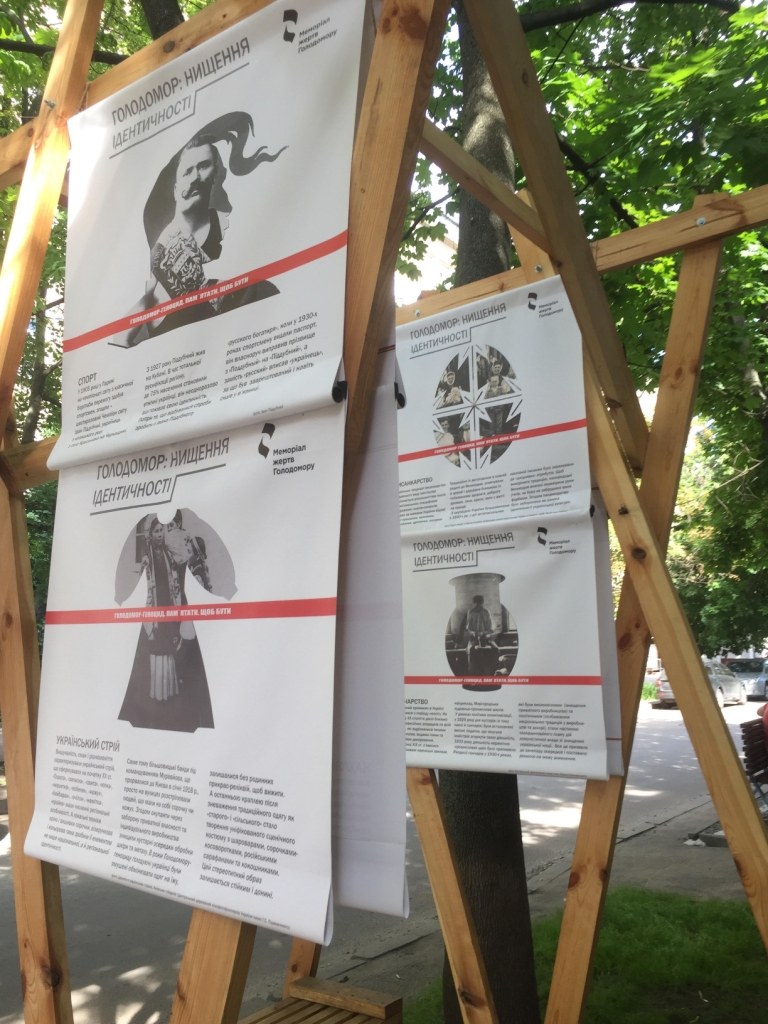 "Train of Ukrainian Identity" Project Was Launched in the Kharkiv Metro

On June 3, the project of the National Museum “Holodomor Victims Memorial” “The Train of Ukrainian Identity” was launched in the Kharkiv metro. The project informs about the Ukrainian treasures in the areas of art, traditions, science, medicine, sports, lost because of the repressions of the Bolsheviks in the first half of the 20th century. At that time, Ukraine was able to compete with other countries of the world. Ukrainians were defined as the nation.

The project “Train of Ukrainian Identity” was exhibited in the Kyiv subway. It has been exhibited in Dnipro until the end of June, and today it has reached Kharkiv.

The presentation of the project took place in several locations at once: at the KHARKIV Today business center, in the Kharkiv metro, and in the Kharkiv Museum of Literature.

This project is incredibly important for our museum because it allows conveying information to a wider range of people. “The main task of the project is to show that Ukraine at the beginning of the 20th century had great potential, our country developed in tandem with other European countries. With our project, we want to dispel the myths that exist around the Holodomor. In particular, it was believed that thanks to Stalinist industrialization, Ukraine received equipment, factories, and plants.” In fact, all this was in Ukraine before the Bolsheviks came,” at a press conference, the head of the exposition department of the Holodomor Victims Memorial Yana Hrynko said. Kharkiv publisher Oleksandr Savchuk, who also joined the project, noted that he considers the destruction of kobzars as the greatest loss for our people because it was a purely Ukrainian phenomenon, the core of Ukrainian identity. “In the global sense, the most important thing now is the new methods and approaches for understanding of the processes that took place in Ukraine at the beginning of the 20th century,” he concluded.

The exhibition, which is located on Bahaleia Street, in front of the Museum of Literature in Kharkiv, attracts attention, prompts the passers-by to stop and read the information. According to the staff of the Museum of Literature Tetiana Pylypchuk, “this project is very transparent and clearly shows what happened and what did not. Our society is seriously injured and deformed. Until we would not work on these injuries, I do not know if we can move on.”

Thematic train with the project will run in the subway of Kharkiv by the end of June of 2019. We also invite visitors to the exhibition of the Museum of Literature. From June 12, 2019, the materials of the exhibition can be seen in other museums and cultural buildings of the Kharkiv region.