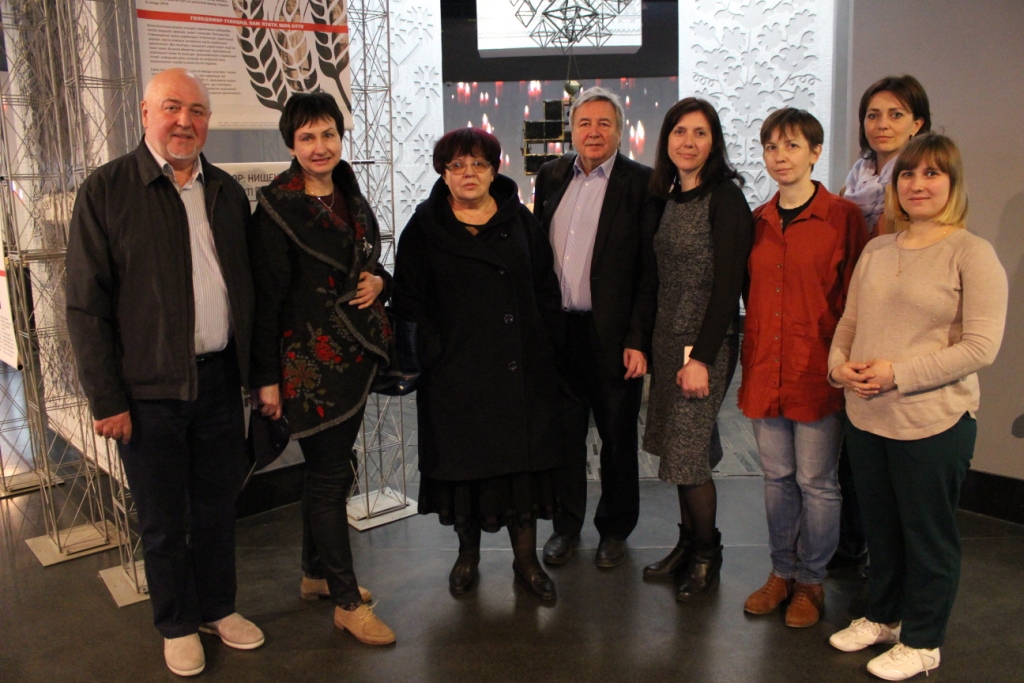 On April 24, on the eve of the 15th anniversary of the death of the prominent historian and journalist James Mace, the film “James Mace. Trajectory of Fate” was featured in the Hall of Memory of the National Museum “Holodomor Victims Memorial.”

In addition to the audience, there were the movie authors and close friends of James Mace. The meeting was begun by Iryna Shatokhina. She has been writing scripts for more than 10 years, but this movie is especially memorable for her. “History is a common field of memory,” – this was the idea of ​​James Mace in life, and she wanted to convey this mood.

The author of the script, Doctor of Historical Sciences Yurii Shapoval, said: “James Mace initiated the ‘Candle of Memory “campaign, and after his death the Holodomor Museum, popularly known as the “Candle”, appeared. Today, this museum became a real monument to Mace himself. The issue of the genocide of Ukrainian people is not studied to the end, but the foundation laid by James Mace is a solid and indisputable basis.”

Visitors of the museum were able to listen to the wife of James Mace – Natalia Dziubenko-Mace, who told interesting facts about the private life of the researcher. Ms. Natalia remarked that James Mace always talked about genocide and Ukrainian post-genocidal society. He collected incontrovertible evidence, interviewed people who survived the Holodomor as adults. The historian wished  to ensure that important things he heard from the mouths of hundreds of the Holodomor witnesses have never been forgotten. Throughout his life, James Mace struggled with the rejection and ignoring of the topic, and only a year before his death, in 2003, his dreams began to be realized when the recognition of the Holodomor as genocide of the Ukrainian people began in Ukraine at the state level.

The story of James Mace was continued by well-known British journalist and his friend since graduation from Harvard University – Bohdan Nahailo. Mr. Bohdan talked about the correspondence. He read the letters from James Mace. Bogdan Nahailo agreed to transfer the letters of Mace, as well as articles by James Mace, Malcolm Mageridge and other foreign journalists, to the museum. The museum received the gift from Yurii Shapoval – the new books and an Italian documentary about the Holodomor in Ukraine that will fill our video collection and library.