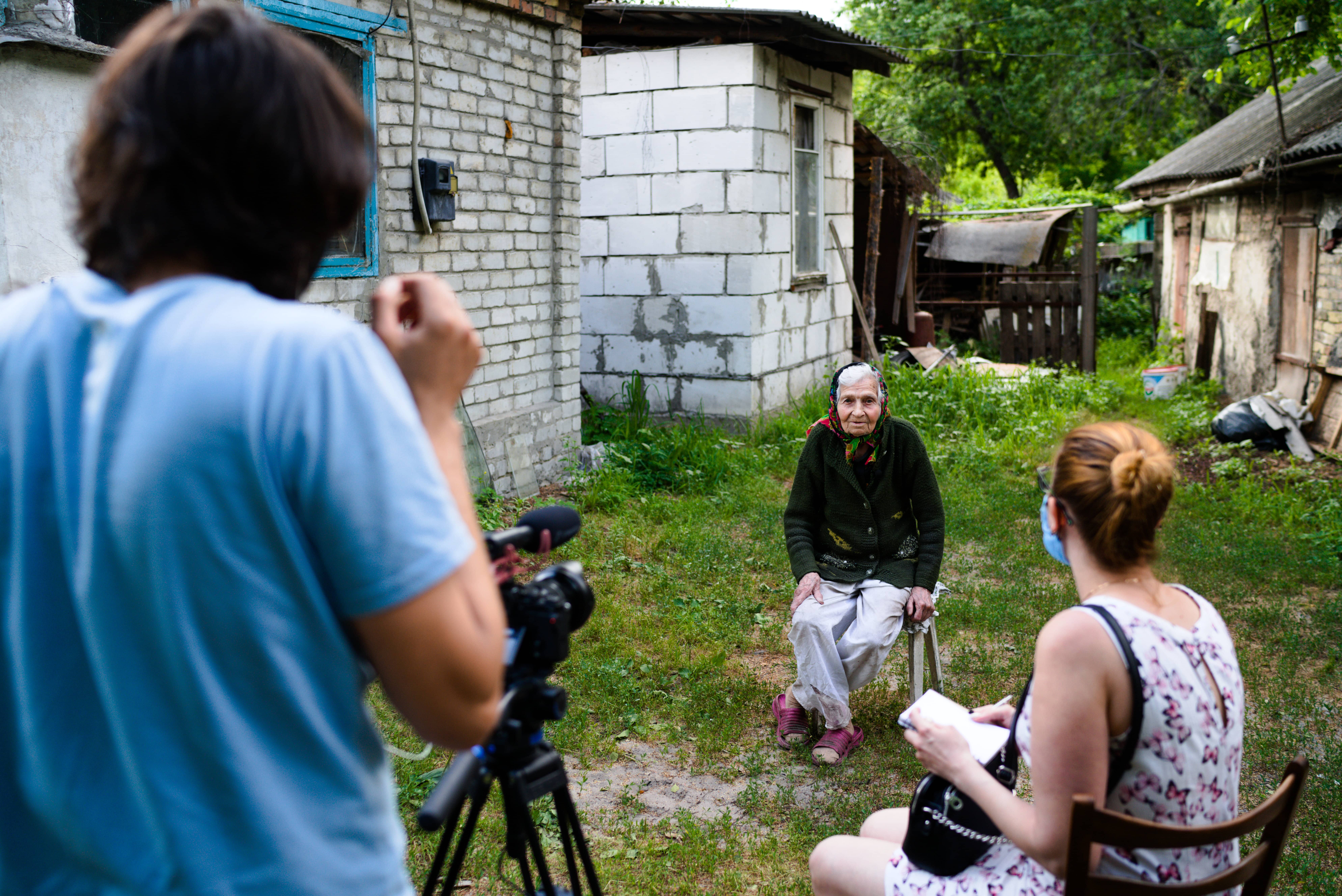 In July, the National Museum of the Holodomor Genocide together with NGO “Ukrainer” launched the Holodomor: A Mosaic of History project with the support of the Ukrainian Cultural Foundation.

During July 13–15, the museum staff members Larysa Artemenko and Mykhailo Kostiv, as well as cameramen and a photographer, recorded interviews with Holodomor witnesses who now live in Chernihiv and Kyiv regions.

For three days, the stories of 15 eyewitnesses to the Holodomor and the mass artificial famine of 1946-1947 were recorded, and interviews with local historians were conducted. The mass graves of the Holodomor victims was shot in Hnidyn, Boryspil district, Kyiv region, and an interview with local ethnographer Vasyl Halatenko about the memorial sign was filmed. The local historian also gave the museum a list of names of starved fellow villagers (134 people).

Ukrainians in several villages of the Nosiv district survived due to the fact that in 1933 there was a great flood and it was possible to catch fish from the rivers.

Collective farms did not pay for work, and often did not even feed the farmers. There were searches and confiscations of food. All grain was exported from collective farms and individual farms. In the collective farm fields, where the harvest had already been collected, not a single grain was allowed to be picked. People hid the millstones, since it was forbidden to use them.

Travelling within Ukraine was restricted because passports were not given to farmers. It was forbidden to leave Ukraine, the borders were blocked by military units.

Ukrainians died out in whole families and even streets. Finally, the recorded stories help to understand the scale of the Holodomor and reveal its artificially planned nature.

The collected material will replenish the archive fund of the museum. Video memoirs of witnesses to the Holodomor genocide and the mass artificial famine of 1946–1947 will be useful to scientists, media representatives, and a wide range of museum visitors. Interviews with respondents born in 1919, 1920, 1922 and later are valuable, especially given the age of the respondents and the narratives recorded.