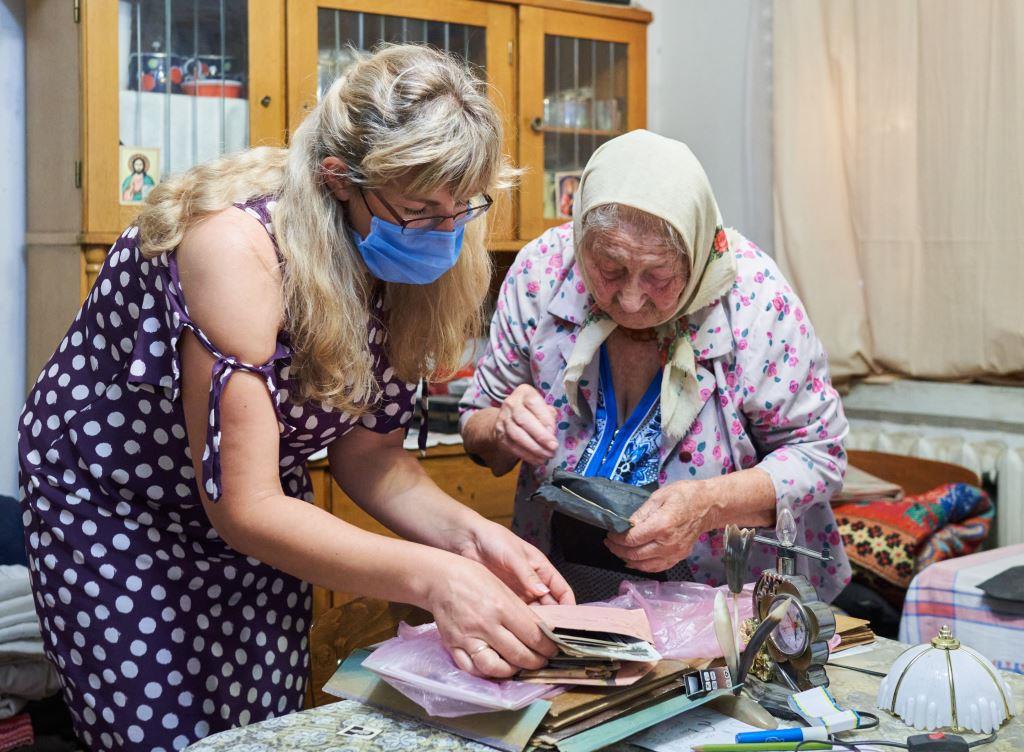 At the end of July 2020, the head of the information and publishing department Yuliia Kotsur and the museum employee Liubov Gotsuliak together with the team of the NGO “Ukrainer” launched a research expedition to the Sumy region. It took place within the framework of the project “Holodomor: Mosaics of History” with the support of the Ukrainian Cultural Foundation.

For 6 days, we had been recorded the memoirs of 26 witnesses of the Holodomor genocide and conducted interviews with Liubov Ivanivna Ovsiienko, a local historian and director of the Chernecha Sloboda People’s Museum of History (Buryn district), and Mykola Mykolaiovych Artiushenko, a local historian from Trostianets district.

Such expeditions are a unique opportunity to record the memories about the Holodomor. Eyewitnesses’ accounts prove that the Holodomor was a crime of genocide committed by the Soviet totalitarian regime led by J. Stalin. It is important to do this right now, because every year there is less and less chance to hear the truth first hand.

Respondents have unique stories that strike with pain. Sadness is forever engraved in their eyes, and the destinies of survivors are a lesson that modern generations must learn in order to never repeat the terrible crime against humanity, the Holodomor genocide.

The people who testified are now at least ninety years old, but they remember to the smallest detail the terrible atrocities of the communist government: how activists broke into their homes and confiscated all property and food without any explanation. They saw with their own eyes death, abuse of relatives and friends, felt unspeakable pain, terrible hunger, were in constant fear throughout their lives, and some are still afraid to talk about the Holodomor of 1932–1933. Exhausted and starved, people exchanged precious things, clothes, shoes, and jewelry for food. People were forced to work on the collective farm, not paid for their work, and often not even fed. Then people died every minute, they were taken to a mass grave, and, as they say, they took both the dead and the living. Everyone escaped as best they could, eating everything they could, from tree leaves to animals.

The collection of the Holodomor Museum will soon be replenished with new objects handed over by Holodomor witnesses:

A survey of Holodomor witnesses helped identify 7 new mass graves for Holodomor victims in 1932–1933. In particular:

The participants of the expedition took photos of the mass burials of the Holodomor victims and recorded their geolocation. The collected information will be added to the GIS database “Places of Mass Graves of the Holodomor-Genocide Victims”.