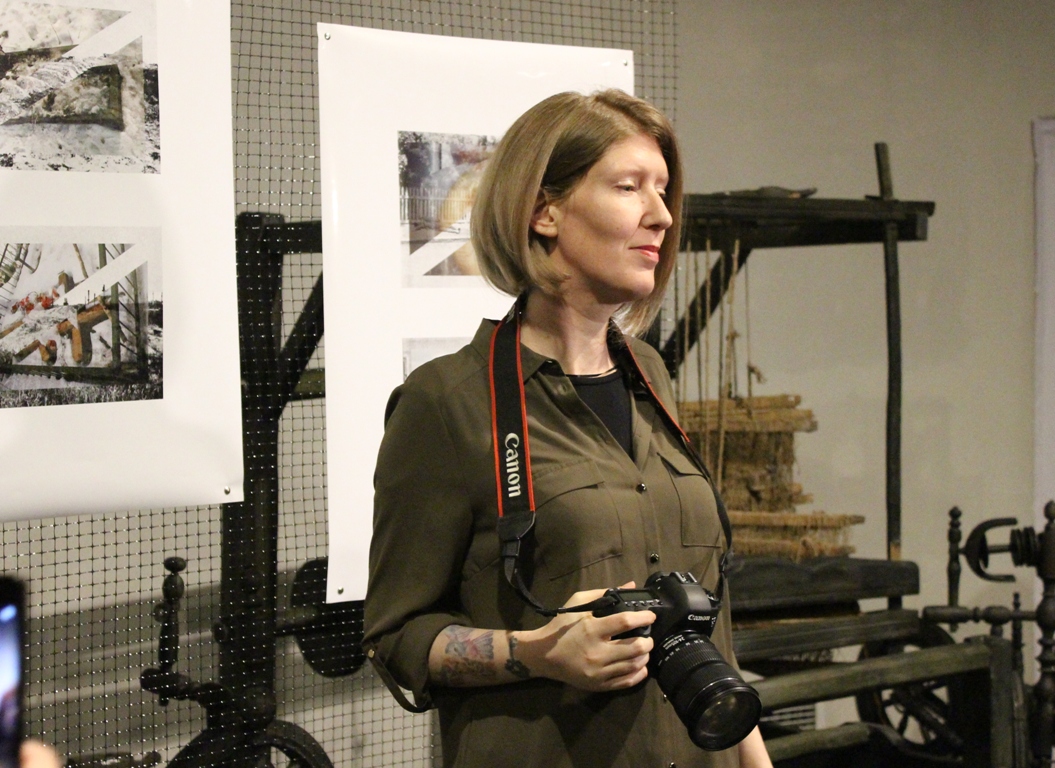 How did the Austrian engineer Alexander Wienerberger, who captured the genocide of Ukrainians in Kharkiv in 1933, appeared in the USSR? How did he manage to take photos through Soviet border guards to Europe?

On February 7, 2018, Samara Pierce told about these and other moments of the biography of A. Wienerberger at the National Museum “Holodomor Victims Memorial”. She is a great-granddaughter of the engineer, who worked in one of the factories of Kharkiv in the 1930s. In 2012 she recorded an interview of Grandma Lily, a daughter of Alexandr, and shared the story about her relative’s fate. For Samara it became the main catalyst for finding information on the Holodomor, traveling to Kharkiv and presenting its own Masks of Holodomor. Also, her grandmother handed Samara a collection of photographs from Kharkiv in 1933 and the camera “Lake” that belonged to Alexander. Today, part of almost only photographs serving as evidence of Soviet genocide committed by the Soviets in 1932-1933 is stored in the Archives of the Archdiocese of Vienna in the collection of Cardinal Theodor Innitzer. Another part belongs to the family of Pierce, in the United Kingdom.

The photos of Alexander Wienerberger are quite famous both in Ukraine and in the world. But there is not enough information about the author himself. Alexander was an engineer and specialized in explosives. His knowledge of chemistry helped him and his family and factory workers to survive in the terrible conditions of the USSR: during the epidemic of cholera and the spread of lice. Because of his attempts in commercial activity and anti-communist views, he was constantly under the supervision of punitive bodies. Feeling the danger, in 1934, the family of Wienerberger moved to Salzburg. In 1939, Alexander published his own book “Hard times” with photographs of the Holodomor years. The original of memoirs is on the personal website of Samara Pierce.

Samara said that she continues working on preserving the memory of her great-grandfather, whose life story is so important to Ukraine, and she also plans to publish Alexander’s personal diary covering the period of his residence in Russia / the USSR in 1915-1934 years.

Samara is well aware or Russia’s war against Ukraine today and has a clear understanding of the war crime against the Ukrainian people. She says it gives a fatal sense of reoccurring of the story that her grandfather saw personally – the genocide of Ukrainians. Because of this, she intends to implement another photo project, the funds raised from which will be transferred to the Ukrainian army.

We invite all to the Holodomor victims Memorial to read the part of the photographic project “Masks of Holodomor“of Samara Pierce. The photo exhibition will stay on display until February 26, 2018.