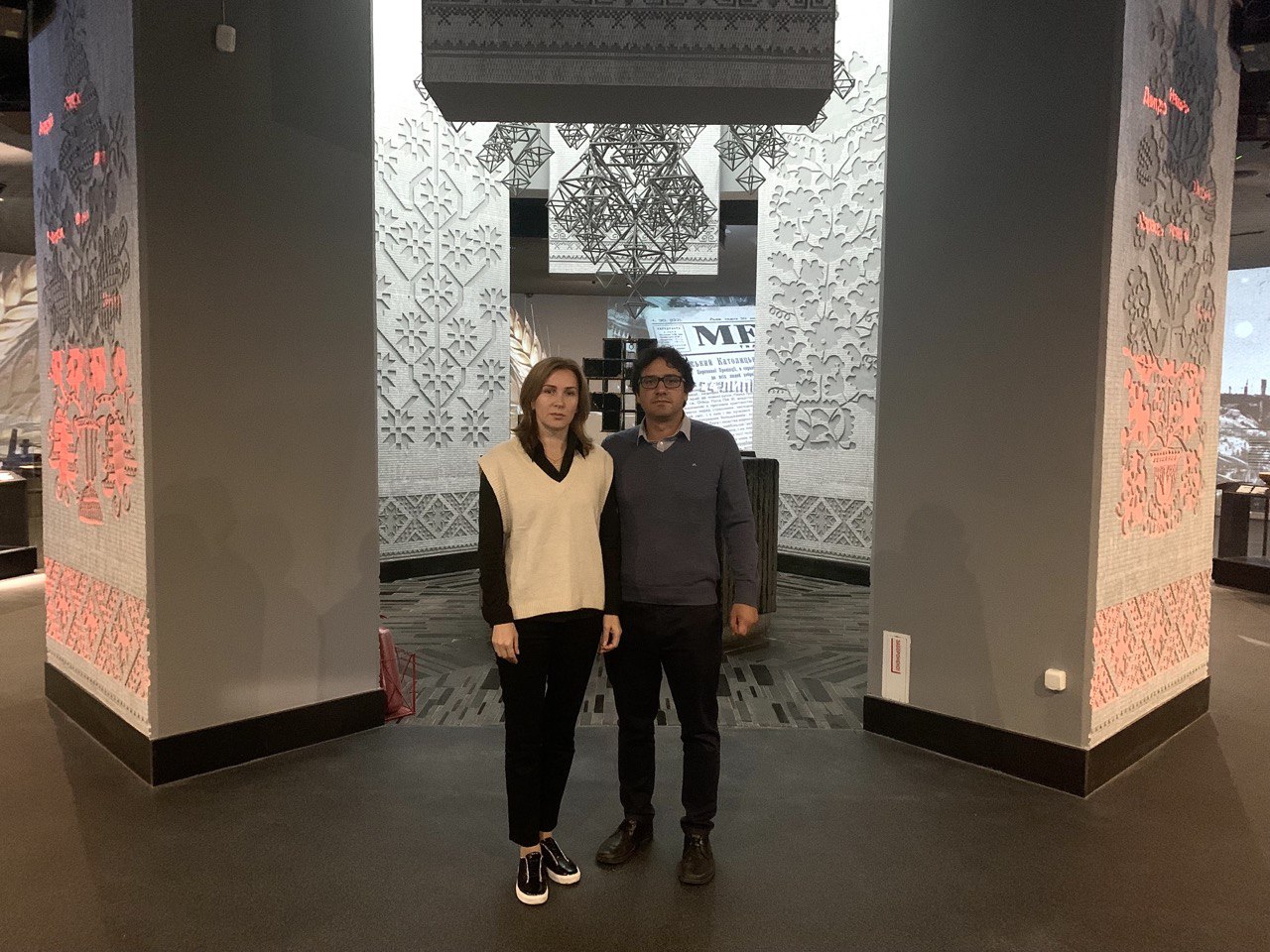 Shimon Krbets, a co-founder of the Center for Genocide Studies in Terezin (Czech Republic), paid a visit to the Holodomor Museum

On October, 6 Shimon Krbets, a co-founder of the Center for Genocide Studies in Terezin (Czech Republic),  visited the Holodomor Museum. He took a sightseeing tour and visited the Museum’s exhibits. During a meeting with the Director General of the Museum Olesia Stasiuk, Shimon Krbets shared his plans to create a traveling exhibition dedicated to the problem of genocide and genocidal violence, offering the Museum to join this project.

The guest also received a selection of books on the Holodomor genocide as a gift.

The Centre for Genocide Studies in  Theresienstadt is an independent, multidisciplinary and non-profit organization that seeks to promote research and teaching about the causes, origins, and consequences of genocides, genocidal violence, ethnic cleansing, and mass-murdering in world history.