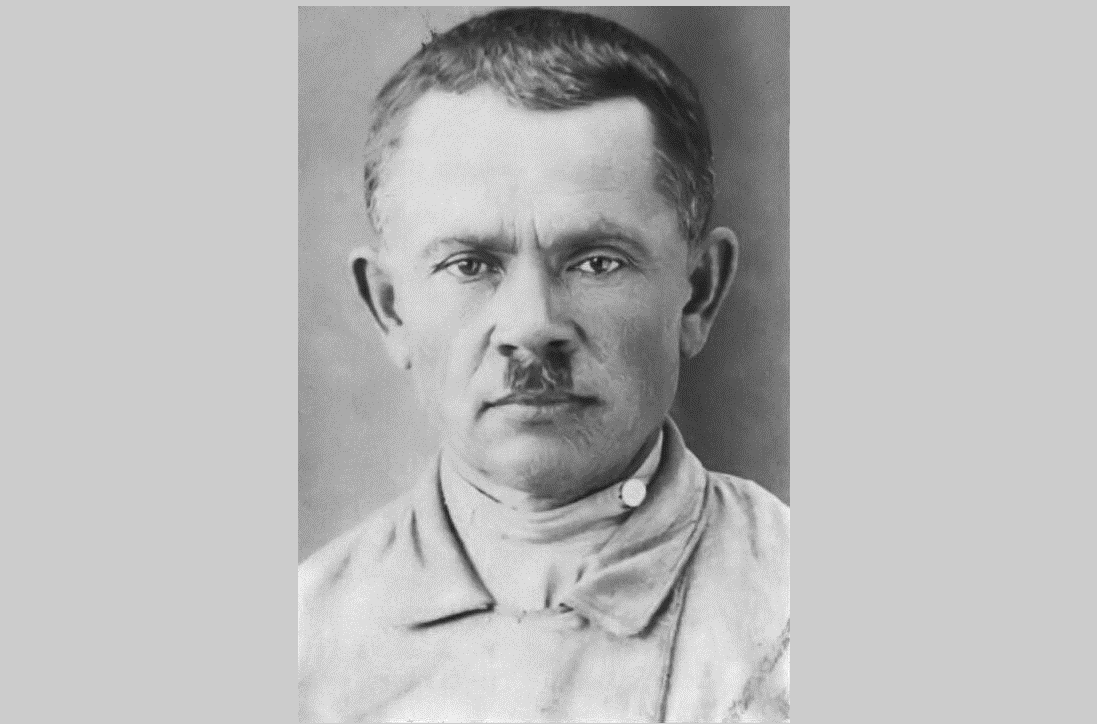 Story of the descendant of Ukrainians deported in 1930

We publish the story of Pavlo Makiienko about his relatives deported to Arkhangelsk region of the RFSSR in 1930, forced labor on the North and return to Ukraine in the 1950s. For the first time, the story was published in “People’s Tribune” newspaper (3 April 2011).

I am Ukrainian and my parents are Ukrainians. But I was born in 1949 in the far north, in the Arkhangelsk region of the RSFSR, far from Ukraine, in the places of exile of my parents and relatives.

I would like to tell you very briefly why this happened, using the example of my family, ordinary Ukrainian farmers who lived under Stalinism and fell into its terrible meat grinder.

I learned that my relatives were exiled to the North in 1930 by the communist regime for political reasons only when I was 19 years old and we had lived in Ukraine for a long time, and even then by chance—my relatives were so intimidated by this terrible totalitarian regime.

My relatives lived in the village of Lekhnivka, Berezansky district, Kyiv region. My grandfather’s name was Pavlo Oleksandrovych Petrenko, he was born in 1895. My grandmother was Oksana Kuzmivna (her maiden mane was Didenko). In the terrible 1930s, when the backbone of the Ukrainian farmers was broken, forcing them to go to the collective farms, my grandparents, mother Larysa (she was then 9 years old), aunts Olia (11 years old) and Halia (3 years old) were thrown into freight cars and were taken to the North. I don’t even know how much time was given for the meeting, and what could a farmer take? Only a little food and some warm clothes, most of which were taken away at the loading station by the locals… 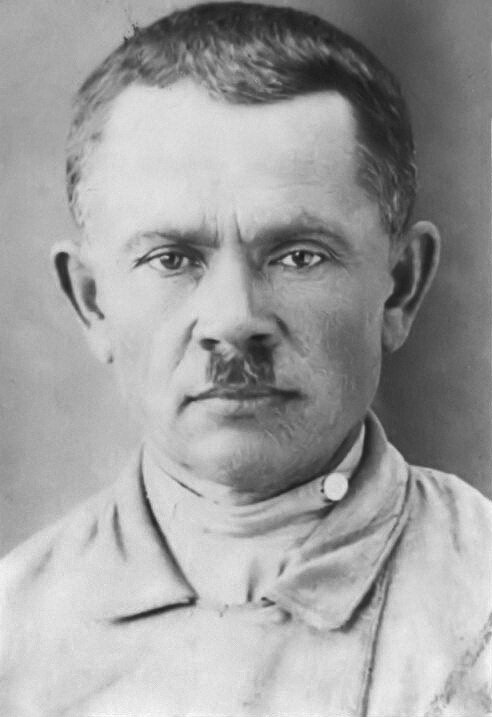 We travelled for a long time, slowly, leaving the dead from cold, hunger and disease at a few stops. Most of them were the bodies of old people and children. We left in the fall, and arrived in the North in the middle of winter, in severe frosts and snow to the waist. My relatives were brought and unloaded in the Arkhangelsk region, near the village of Plesetsk, right in the snow. Probably everyone has heard of the Plesetsk spaceport, the largest in the Russian Federation, but few know on whose bones it was built. Many people died that winter. Thrown into the deep forest, in the cold, in the snow around their necks. In these inhuman conditions, it was necessary to quickly build a kind of dwelling (these were made up of pine branches of carnivores, something like Indian wigwams — ed.) In order to continue working on logging and atone for their “guilt” before the proletarian state. And we were “guilty” only of wanting to work on our own land, not on a collective farm.

Everyone was expelled every day for logging. Only infants and sliders remained on the bunks. Children were falling from the bunks were eaten by foxes and other beasts that roamed freely. More than once, when they returned from work, parents found only a small pile of bones instead of children… And adults were doomed. Few survived until spring. They died both from hard work and from the cold.

Among the dead in the North there was my aunt Halia (in the documents her name is for some reason Hanna). She was 4 years old. My aunt Olia (who died in 2008) said that every spring, not a year or two, a terrible famine began, and whole families died of malnutrition and scurvy. My aunt also told some shocking “culinary” passions, because of which they may have survived. Yes, she “loved” to eat tree bark, and my mother—grass and moss. They were 12 and 10 years old.

Places of deportation in the north of Russia, were full of Ukrainians. I now remember that the Ukrainian language was mostly spoken in the communication between the settlers, and I still remember the Ukrainian surnames of our neighbors.

We were officially called “resettled kulaks and members of their families”… This was the inscription on the cardboard cover of a thick personal file, which I demanded from the Arkhangelsk police department in Kyiv in 1994. “Personal file of the resettled kulak Petrenko P. A.”—that’s what it was called.

My grandfather said that this trouble happened with our family because of his love for horses. He had a pair of horses, perhaps the best in the village. They were very much liked by the head of the village council, who several times offered to give them to him for use. But my grandfather did not agree, because it is impossible to stay in the village without taxes. If he only knew how it would end…

When Stalin’s order to evict the “contingent” came and the local satraps began to compile lists, my grandfather got into them immediately. Along with him there were those who did not like something. Thus, the family was thrown out of the house and together with small children were sent to death without trial or investigation. That’s it, Stalin’s justice!

But if only Stalin’s. In my personal file, I found the following wording: “According to the decision of the Lekhnivka village council to expel from the region”… I was not allowed to take a copy of this document even at the time of independence, in 1994. Why are they hiding the truth even now?!

Here is an interesting detail from my grandfather’s personal file. In the description of the property instead of two horses there is only one. It turns out that the chairman of the village council appropriated the second one.

I also remember an incident from my grandfather’s story. At the logging site, at the hardest job, where people were constantly dying, there was one man, very silent. One day during lunch he said: “Everything is very good here, but there is not enough bread.” The next day he was no longer in the brigade, and no one knew where he had gone. Someone from the “neighbors” reported this “where it was necessary”

After that terrible autumn of 1930, when the family was thrown out of the house, aunt Olia had not been to her native village of Lekhnivka for 66 years. Although she was free to visit there after returning from exile, she did not want to see anyone there, as she was traumatized by the eviction events. Especially when the nearest neighbors and even relatives happily looted their poor property, even took off a winter coat from three-year-old Halia. The bitterness and pain experienced by an 11-year-old child lasted a lifetime. 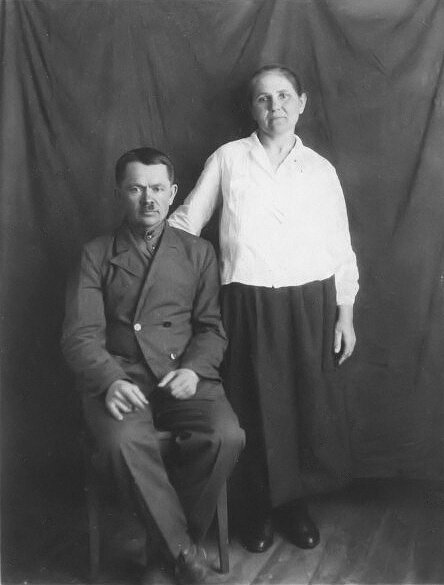 When in September 1993, having applied for rehabilitation (rehabilitation for what?!), I finally got compensation for the ruined life, death of Gali, loss of property acquired by generations, it turned out that the state is ready to pay as much as … 70 thousand coupon rubles (15 thousand for property and 55 thousand for buildings), which at that time was equal to about 4-5 dollars … For this money in the market one could buy 2 kilograms of lard. Aunt Olia cried and said that she would not please her tormentors, would not allow herself to be mocked and would not take this “compensation”.

Later, as a result of many months of petitions, she received 10 hryvnias a month (less than $ 2) in pension supplements, but in 2004 they were taken away on the grounds that she was not repressed personally (although she was also evicted) but her parents. Apparently, this is a sign that the same people who deported our family in 1930 remained in power…

A little about our life in the north, in the animal farm. It was a small village forgotten by God in a desolate forest, where black-and-brown foxes were raised. In winter there was snow around the neck, in summer it was hot, and it is impossible to go outside without tight clothes and a scarf on one’s head, because the mosquitos will bite it. A true prison from which one simply will not escape. In the middle of the village on a pole there was an iron loudspeaker, which woke up everyone every day at 6 am and did not allow to sleep until 12 at night, constantly injecting communist ideas. Meanwhile, all around was an incredible stench of seal carcasses the foxes ate, and between them were thousands of rats and clouds of crows that ate those carcasses. The villagers were forced to eat fox carcasses, and the fur was given to the state. I still remember the horrible taste of fox in my mouth. This is the end of life!

Inhuman conditions and constant fear affect not only a person’s physical condition. One’s psychology is also changing. One becomes a slave. Even after the death of the tyrant Stalin, the dissatisfaction of locals was heard, saying that Nikita Khrushchev was a bad leader because he did not shoot anyone or put them in prisons, there was no order. Not like under Stalin—then there was order… So they wanted someone to shoot people… This is the extent to which human morality and worldview could be deformed. This is a “great achievement” of the Stalinist system!

A whole book could be written about life in the animal farm from my childhood memories. But now, perhaps, few people would believe it.

In 1957 we returned to Ukraine. We also rode in a freight car with a cow, but were happy. We survived and we went HOME!