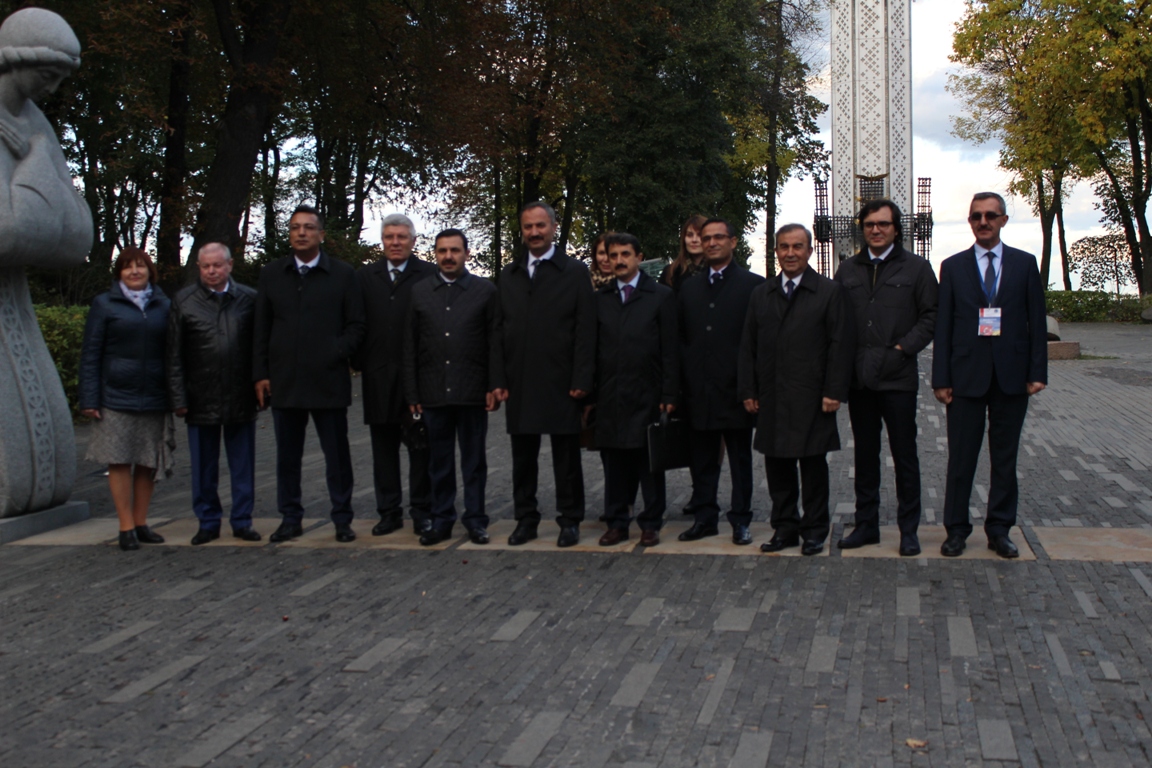 The delegation of the Turkish Justice Academy visited the Memorial

On October 9, 2017, the delegation of the Turkish Justice Academy accompanied by representatives of the National Academy of Public Prosecutor’s Office of Ukraine visited the National Museum “Holodomor Victims Memorial”.

The museum guests had an excursion in the Hall of Memory and walked around the territory of the Memorial. For many members of the delegation, the history of the genocide of the Ukrainian nation in 1932-1933 was a shocking truth.

Let us remind that due to the politicization of the issue of recognition of genocides of Ukrainians and Armenians, Turkey has still not recognized the Holodomor as a genocide of the Ukrainian nation.