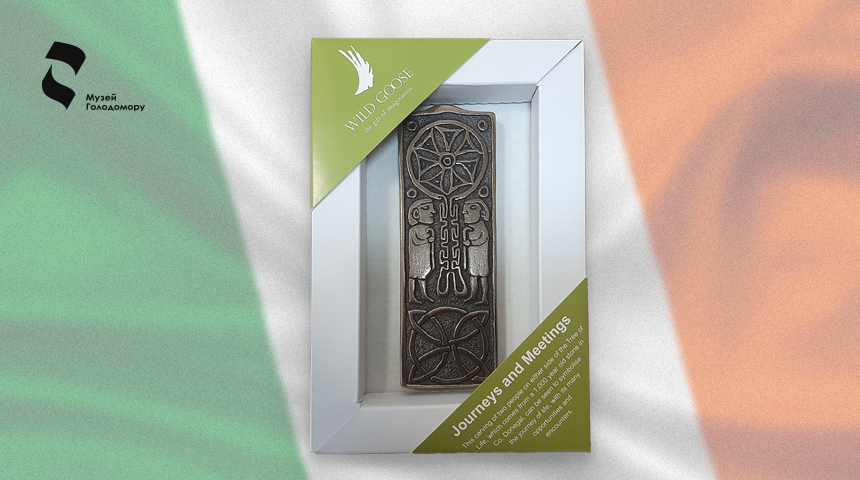 The Holodomor Museum received a letter of thanks and a symbolic gift from the Ambassador of Ireland to Ukraine, Therese Healy.
In her letter, the ambassador thanked for the cooperation and reception of Prime Minister Micheal Martin, who visited the Museum on July 6:
“He (Prime Minister) came to pay respect and commemorate the victims of the Holodomor. It is important to remember the millions of Ukrainians who were starved to death by deliberate Stalinist policies. It is particularly resonant and tragic that in 2022, as we honour the victims of this terrible famine, Russia’s unjustifiable military aggression is causing terrible suffering.”

Also, Ms. Therese Healy noted that she is interested in further cooperation, in particular regarding possible cultural exchanges.