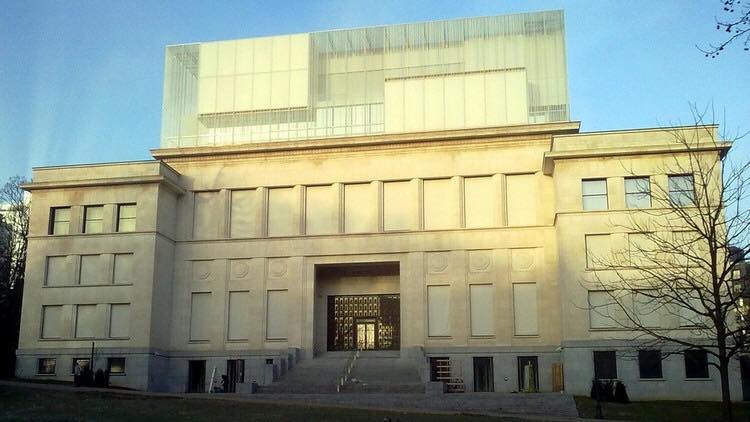 On the 10th of August, 2017 the board of the Platform of European memory and Conscience together with the representatives of different countries, who are the members of the Platform, took an educational trip to the House of European History in Brussels.

An exposition of the House of European History was opened for visitors in May 2017. The idea of creating a museum was presented 10 years ago by Hans-Gert Pöttering, who was the President of European Parliament by then.

The exposition of the museum is located near the European Parliament in Park Leopold in the building that in past belonged to a dental clinic for disadvantaged children. It is situated on 6 floors and encompasses the history of the content from the germination of European civilisation until the period of European integration. The collection includes approximately 1000 objects from 300 world museums. A big emphasis is put on the development of European culture. The history of Europe in XX century and totalitarian regimes, Nazi and Soviet ones, are presented quite widely and comprehensively. One of the missions of the museum is to remind about all wars, catastrophes, which Europe endured, and to showcase a way to the peaceful life. The exposition ends with a hall named “A sight into future” and appeals to everyone with a quiestion: what is your opinion to the history of Europe and which history and memory are actual nowadays?

The trip of the Platform of European memory and Conscience was aimed to get acquainted with a new museum and exposition, devoted to the history of XX century, as the basis of the Platform is a research of action and crime of totalitarian regimes in Europe of XX century in order to prevent the totalitarianism revival. The results of a trip will be published in September 2017 in form of a report. The part of a report from Ukraine will be prepared by the Chief of Scientific-Exposition Department Yana Hrynko, who already during discussion in Brussels pointed to the improper presentation of Holodomor history in the museum, where the term “Holodomor” is absent and an explanation to mass mortality of Ukrainians 1932-1933 is “collectivisation which lead to starvation in USSR, particularly on the territories of Ukraine and Caucasus”. In the museum, opened in 2017, when thousands of researches have been conducted and the genocidal nature of the events in Ukraine in 1932-1933 has been proved, such formulations are not permissible as they distort history and are a mockery at the memory of millions of Ukrainians killed at times of Holodomor.