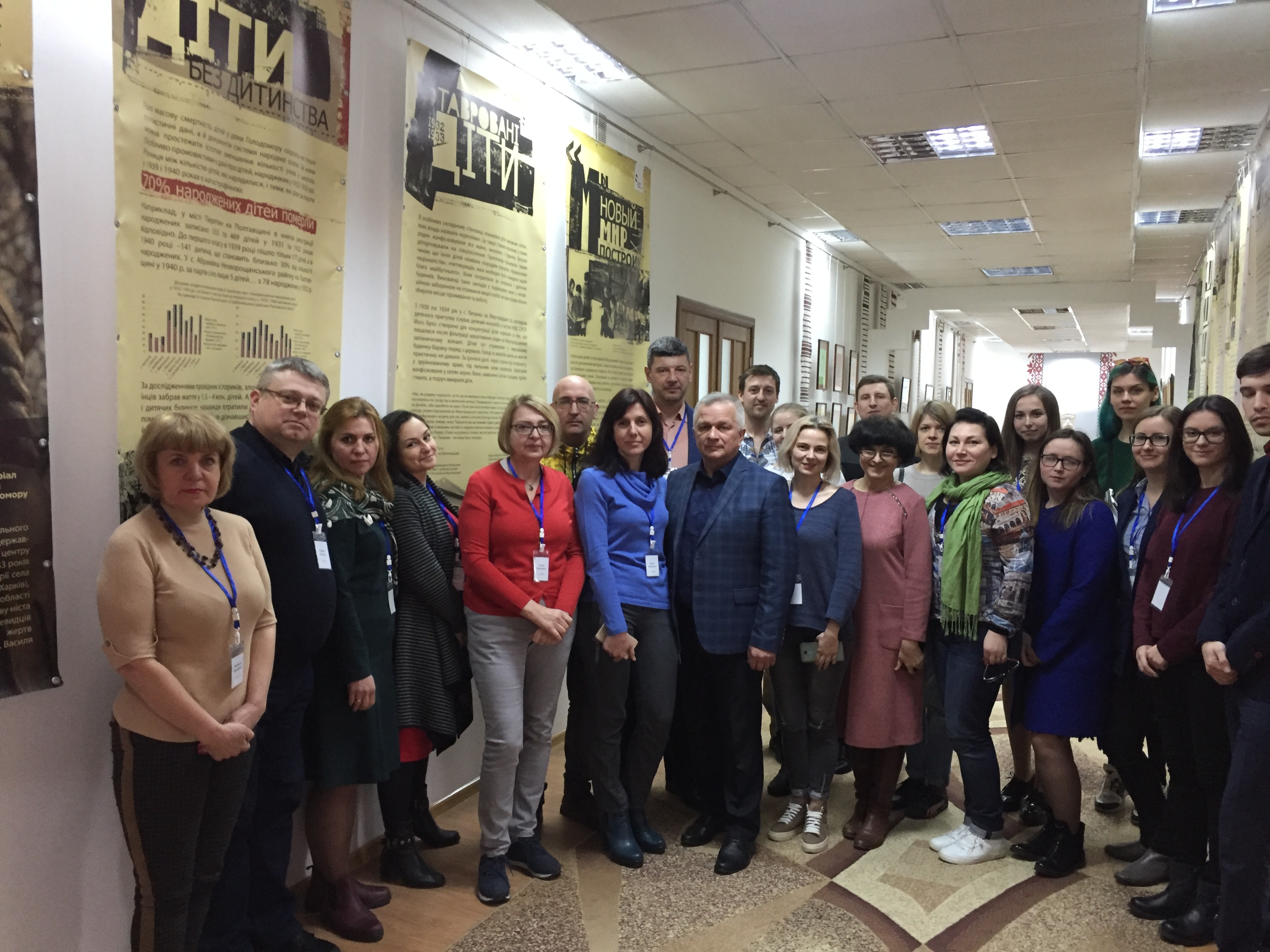 The exhibition about children during Holodomor was presented in Vinnytsia region

On April 5, 2019, a photo-documentary exhibition “Stolen Childhood: Children in the Years of Holodomor of 1932-1933” was opened in the Vinnytsia State Pedagogical University named after Mylkailo Kotsiubynskyi, prepared by the employees of the National Museum “Holodomor Victims’ Memorial”.

The exhibition was presented by First Deputy Director General of the “Holodomor Victims’ Memorial” – Iryna Batyreva and Dean of the Faculty of History, Ethnology and Law of the Mykhailo Kotsiubynskyi Vinnytsia State Pedagogical University – Yurii Zin’ko.

The exhibition tells about the most vulnerable category of people during Holodomor – children. Despite the efforts of parents by all means, often at the cost of their own lives, protecting them from starvation, deprived of food for a long time, children, in addition to unbearable physical torture, suffered moral distress, not knowing why the mother does not want to feed them, because they want to eat, and father is always so strong, allowed to take out everything edible from their yard. Small children, like the old ones, took the first starvation. Sometimes the mother, trying to save the kids, took them to the city and left them at train stations, in the entrances of apartment buildings, in the porches of hospitals, nurseries, kindergartens, orphanages. Although there has not always been a salvation: orphanages and nursery often became true death camps for children. And the authorities only thought about how to hide the crime and hide its victims. According to various historians, between 1.5 and 4 million children died of starvation in Holodomor. And those who survived grew and after decades told the descendants of the crime of genocide, they remained forever in the unofficial and unrecognized status of “victims of Holodomor” in Ukraine, which museum historians and historians use in their research.

Recall, to the 85th anniversary of Holodomor of 1932-1933 there were presentations of the documentary-journalistic exhibition “We were killed because we were Ukrainians” in a number of museums of Ukraine and of the world.