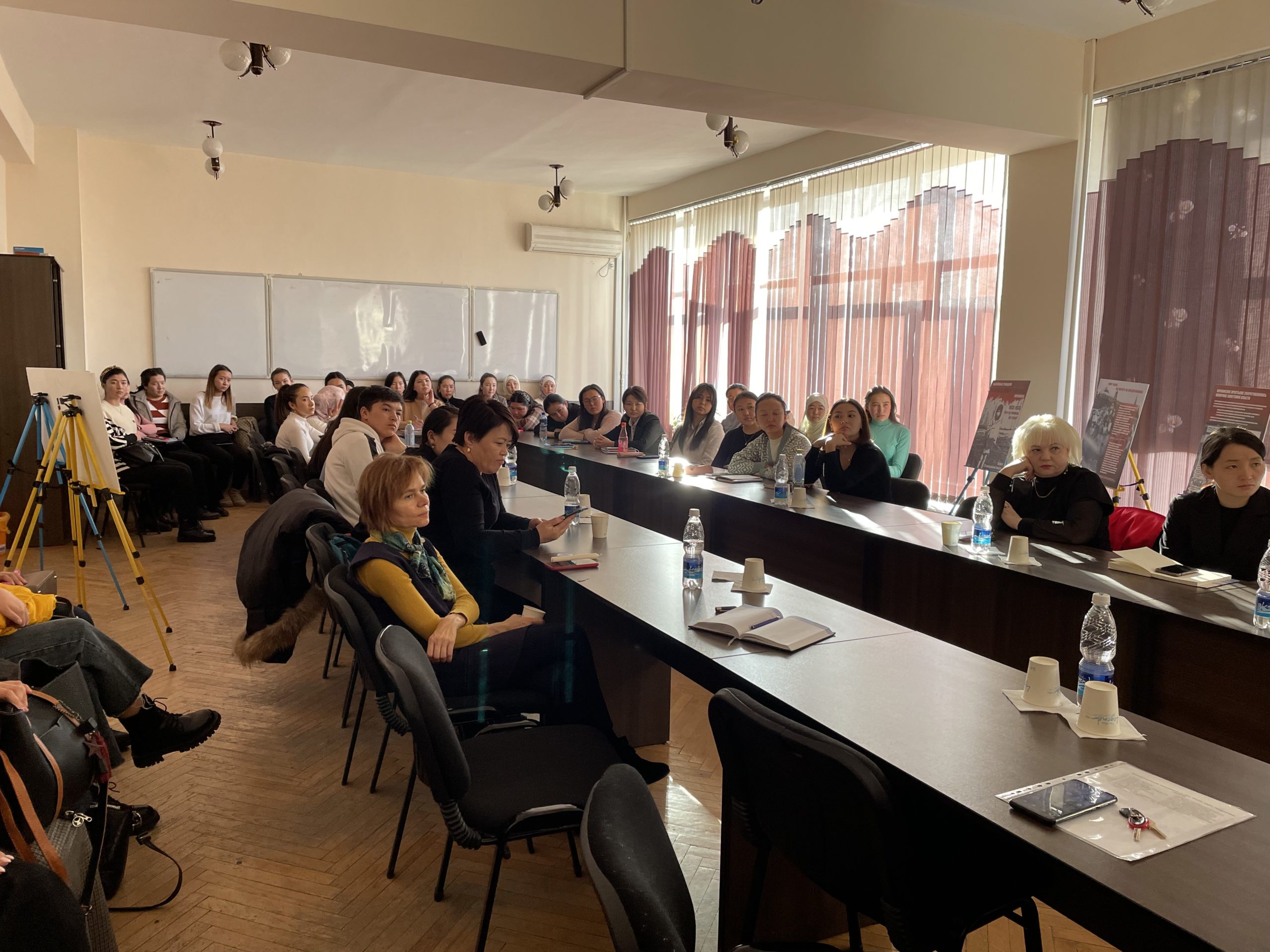 November 24, 2021, at the Kyrgyz National University named after Zhusup Balasagin Embassy of Ukraine in the Kyrgyz Republic as part of the Holodomor Remembrance Day events, organized a presentation of the documentary “I Will Remember Them…”, created by the Ukrainian company Eurasia Media for the National Museum of the Holodomor-Genocide.

Ambassador of Ukraine Valery Zhovtenko, Chairman of the Ukrainian Society of the Kyrgyz Republic “Berehynia” Volodymyr Narozya, Executive Director of the Association of Publishers of Kyrgyzstan Oleg Bondarenko, Head of the historical research group “Esimde” Elmira Nogoibayeva performed at the event.

The film screening was also attended by diplomats of the Embassy, representatives of the Ukrainian Society of the Kyrgyz Republic “Berehynia”, the historical research group “Esimde”, the leadership and students of KNU J. Balasagina.

The film was titled with the assistance of the National Museum of the Holodomor-Genocide, Eurasia Media LLC, and Rostislav Martyniuk.