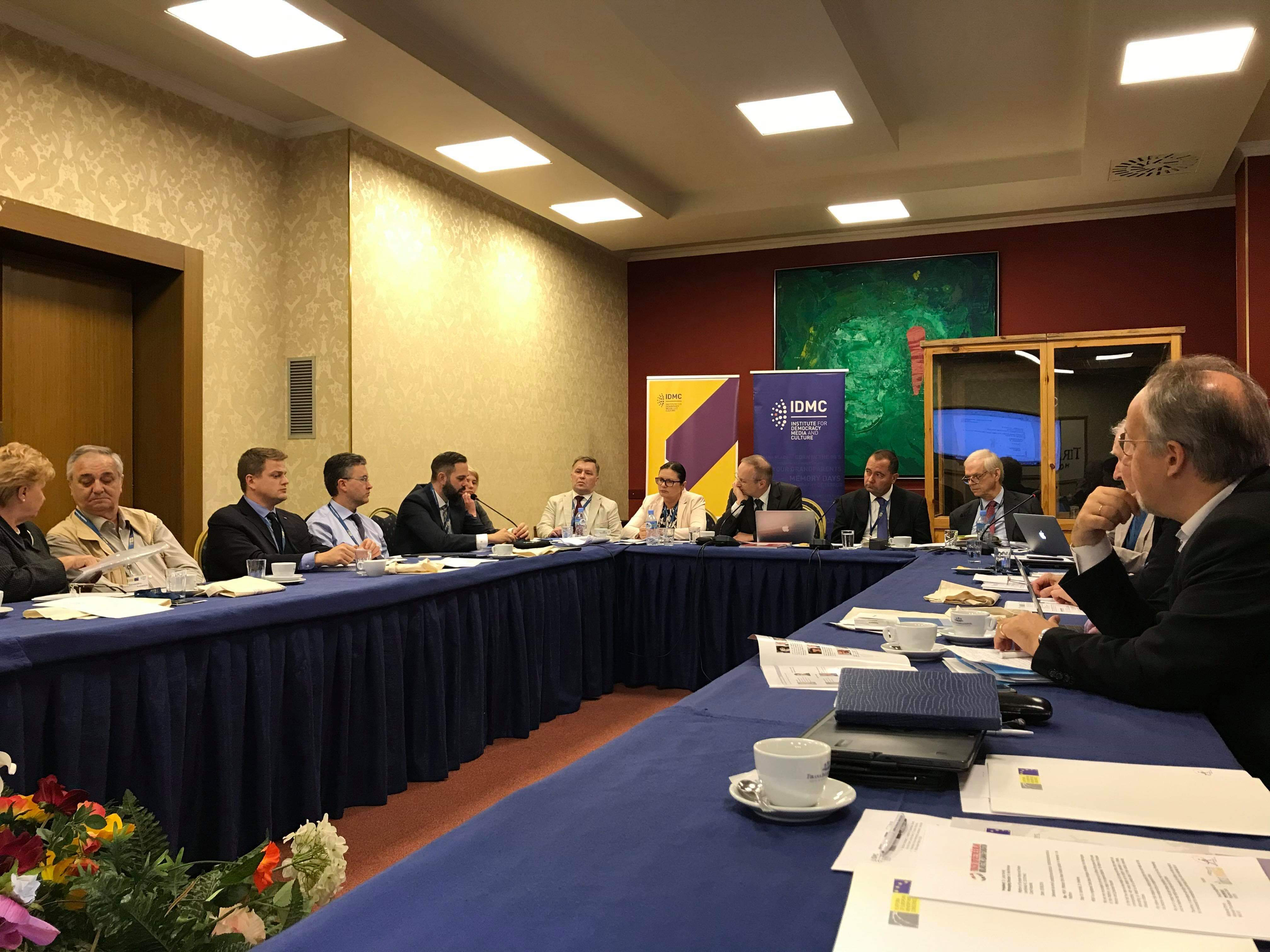 The Holodomor Museum participated in the meeting of the members of the Platform of European Memory and Consciousness.

For 10 years, the Platform for European Memory and Conscience (PEMC) has been exploring the activities and crimes of totalitarian regimes in the twentieth century. The National Holodomor-Genocide Museum has been a member of the Platform for 4 years. Each year, the members of the Platform meet to discuss current issues, joint projects and to welcome new members. This year’s meeting took place in Tirana, the capital of Albania, from 3 to 6 November.

On November 5, participants of the congress, with the participation of the Holodomor Museum, re-elected Łukasz Kamiński as President of the Platform for the second term. Amendments to the Statute were also adopted and members of the Supervisory Board were selected to ensure the productive work of the Platform.

Outlining the vectors for the development of the Platform for next year, its President stressed the importance of launching a demonstrative trial to condemn communist ideology with the involvement of lawyers.

The Platform also continues its extensive project work. In particular, the project on the “Martyrs of Totalitarianism”, It would speak about the figures of people who, despite the threat of near death or suffering from repression, have nevertheless been able to convey a message – a diary, a sermon, a call – to their descendants. They help their contemporaries in combating the effects and remnants of totalitarian regimes in Europe. The result of the project will be a mobile exhibition, a series of publications and a site with biographies of the martyrs.

Olesia Stasiuk, Director General of the Holodomor Museum, in her speech informed about the construction of the second stage of the museum and invited the association members to cooperate to spread the truth about the Holodomor, which will help in the process of international recognition of this crime as genocide. For the participants of the Platform, materials about the Holodomor crime, exhibition projects, educational and publishing activities of the Museum were distributed.

The meeting resulted in an agreement with the European Memory Platform and Conscience about participating in the creation of the Holodomor Museum. In particular, one of the Platform’s representatives and a member of its Supervisory Board will join the Project Expert Council. So the Platform will share the experience and support the creation of the largest museum in Eastern Europe dedicated to the Holodomor-genocide.

And in December, the Holodomor Museum will take part in another event of the Platform –a conference on the global context of condemning totalitarian regimes, to be held in Romania.

Because only by uniting are we stronger!