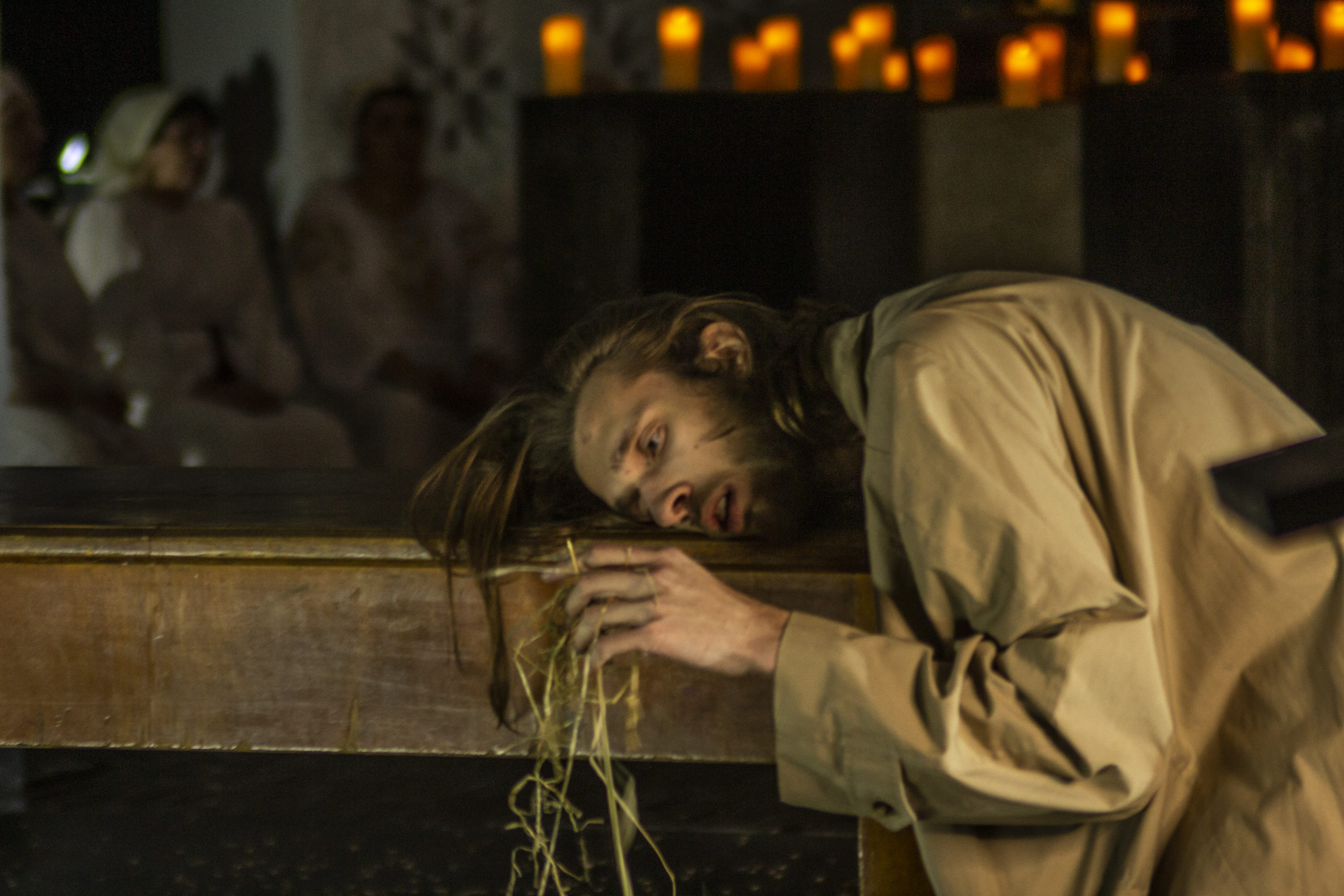 On November 19, the Holodomor Museum hosted the play premiere «SИN», based on the story of the same name by Valerian Pidmohylny.

It is based on the events of the first mass man-made famine of 1921-1923 in Ukraine, organized by Bolshevik Moscow. Theatrical workshop “POGLЯD” (directors Yehor Vodiakhin and Khrystyna Sheludko) with the participation of the Honored Folk Song and Dance Ensemble of Ukraine “Darnychanka” presented to the audience the story of the main character Hrytsk Vasiurenko who experiences hunger. It is a hunger that forces him to choose between humanity and indifference, between love and hatred.

The character becomes a hostage of social condemnation and his own powerlessness in front of a cruel system, but, despite everything, tries to save his own mother.

Tomorrow, November 20, at 2:00 p.m., the second showing of the play will hold in the Hall of Memory of the National Museum of the Holodomor-Genocide (Kyiv, 3 Lavrska Str.).

We are kindly asking all those registered to arrive on time. We try to organize everything so that emergency or scheduled power outages do not affect the event. However, we kindly remind you that in case of an air raid, the performance will be suspended, and the audience will have to go to the nearest shelter (underpass on Slavy Square).

To get more information about our projects, contact the e-mail [email protected] or call +380997609726 (Olha Yurchuk, Museum communicator).

We are thankful to Bohdan Prysiazhniuk for the wonderful photos.