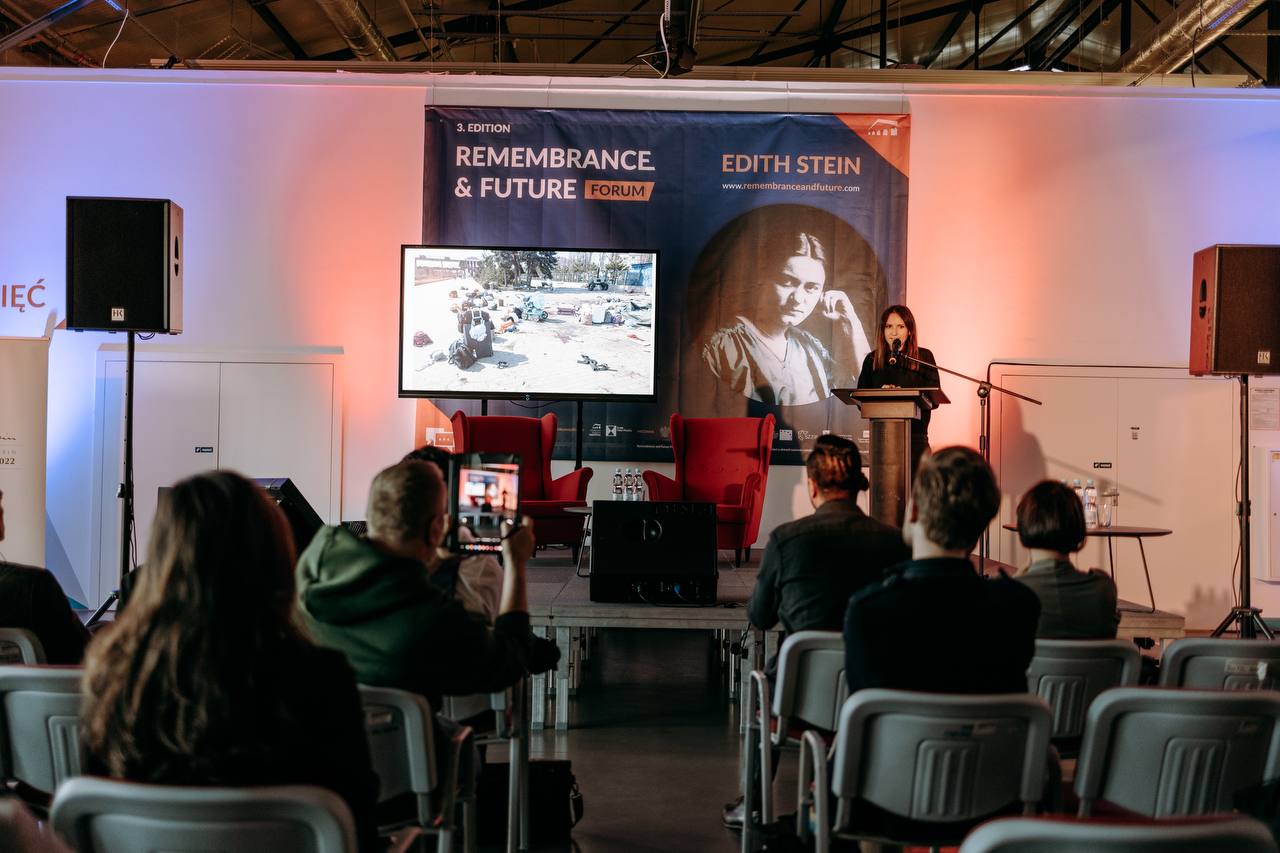 The Holodomor Museum participated in the international meeting of museum workers

On October 10-12, working meetings of museologists of institutions included in the Platform of European Memory and Conscience participated in the Zayezdnia History Center (Wroclaw, Poland). As a part of these meetings, the participants exchanged experiences of the exhibition and educational work in museums of Poland, Latvia, Estonia, Romania, Albania and Ukraine. 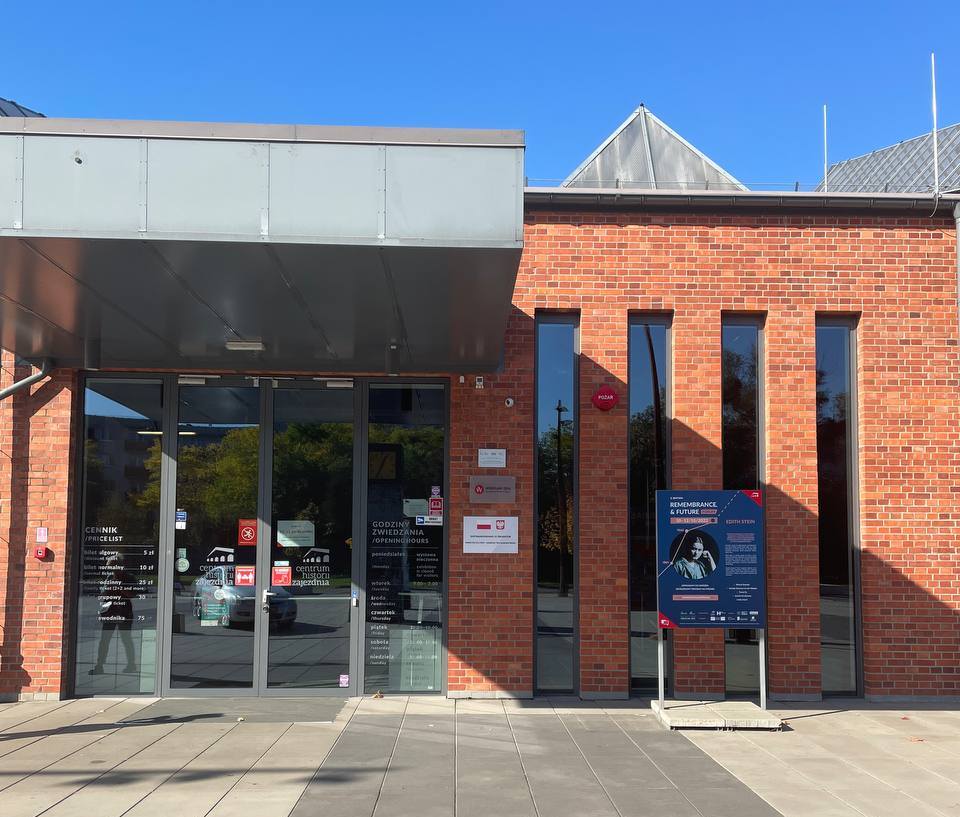 Yana Hrynko, head of the exposition and exhibition department, took part in the event from the Holodomor Museum.

The purpose of this exchange of experience is to increase the activity of the Platform and strengthen inter-institutional cooperation between its participants. 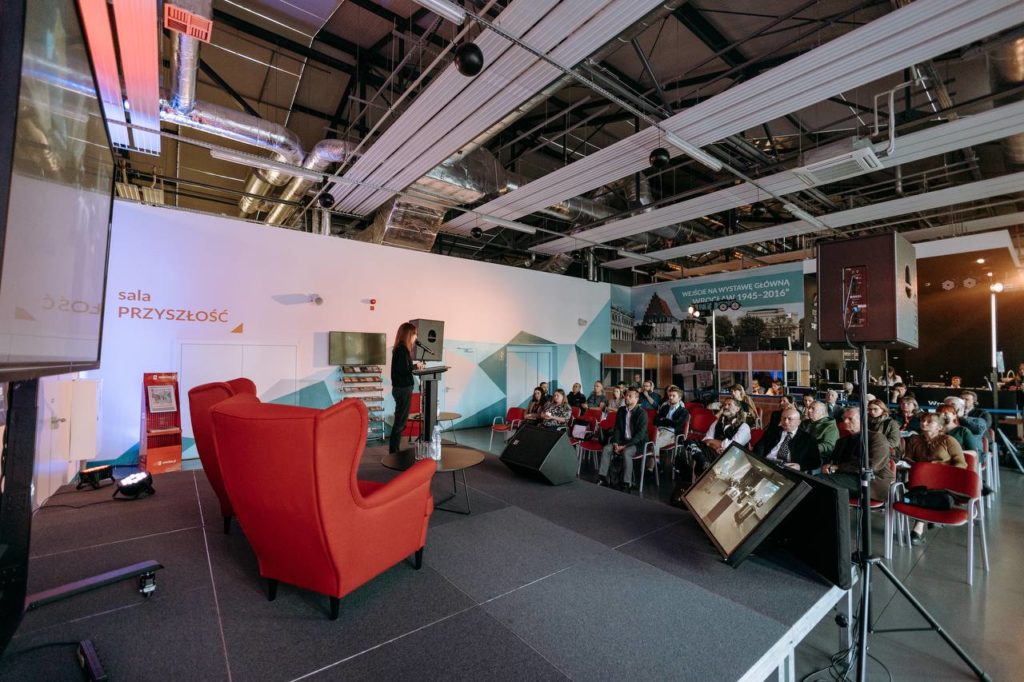 Simultaneously, the working group on communications and the group of the scientific and documentary project Justice 2.0 (International justice for the crimes of communism that do not have a statute of limitations) worked.

The meetings of the museum workers took place as a part of the international forum “Memory and the Future”, organized by the Platform of European Memory and Conscience and dedicated to the memory of the famous philosopher, victim of Nazi persecution, Edith Stein. 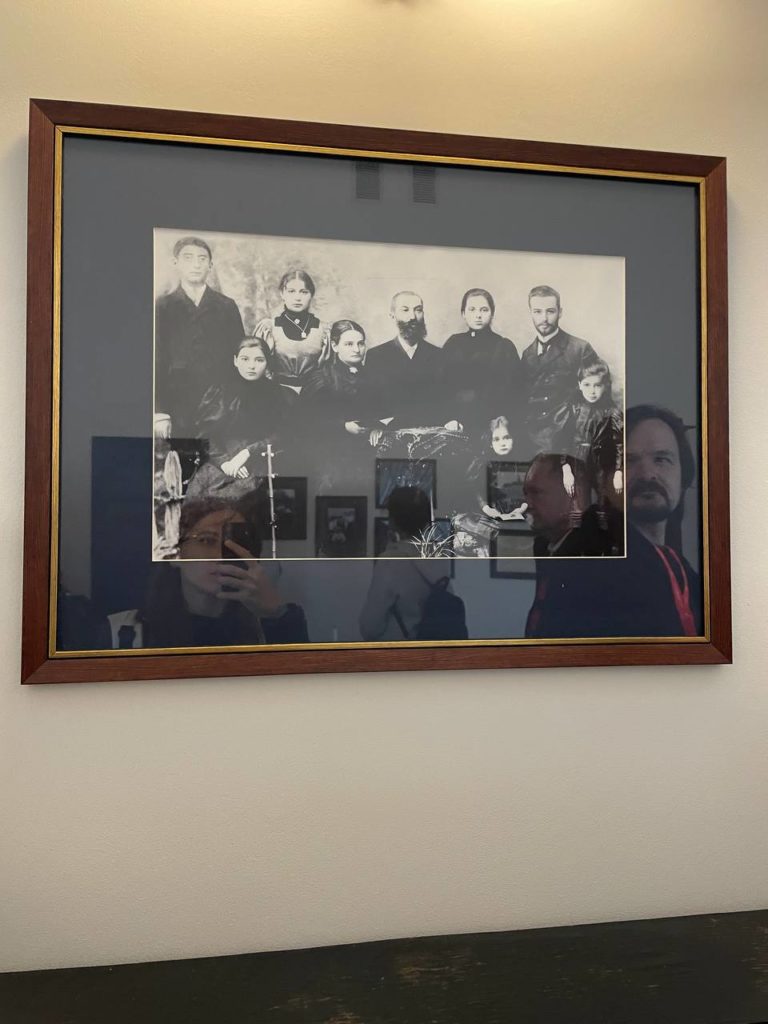 Yana Hrynko was invited to share with the guests her experience of the war and the work of the museum during the war.

“The Holodomor was an attempt to destroy Ukrainians as a nation,” she emphasized in her speech. — All this time, Russia not only did not recognize the Holodomor, but always intended to repeat the genocide. Take a look at a screenshot of a social media post of a Russian soldier who invaded Ukraine and died. He wrote: “Soon there will be Holodomor 2.0.” That is one example of awareness of what the Russians are doing today. In my work, I often said this, but I did not fully realize it. It seemed to me something distant and unreal. Because how is it possible to commit mass murders in the 21st century? That is wildness. When the Russian propagandist’s article “What Russia Should Do with Ukraine” was published at the beginning of the war, which Timothy Snyder called the Russian manual for genocide, I felt something that I had never felt in my life. I felt like a target because I am Ukrainian and speak Ukrainian.” 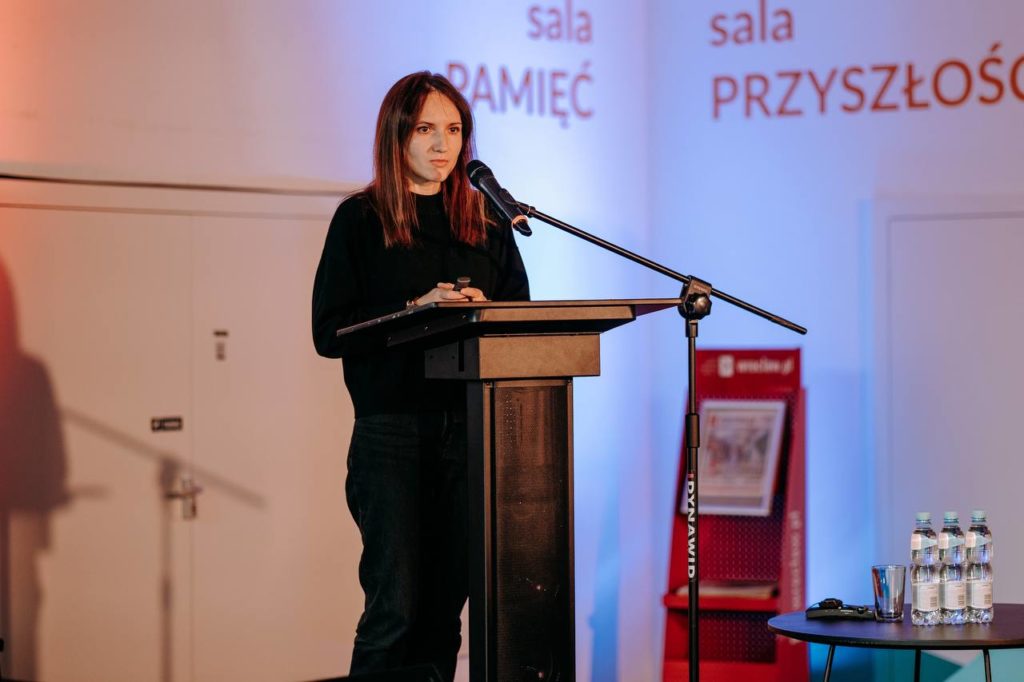 Yana Hrynko during the report.

Yana Hrynko reminded that all the activities of the Holodomor Museum are aimed not only at knowing the crimes of the past but at condemning them and preventing them from happening again in the future too. But despite all efforts, the genocide happened again. “Why international conventions on the prevention of genocide and crimes against humanity do not work? Why haven’t we learned how to prevent genocides? Why do we start doing something when there are already victims?” asks Ms Yana rhetorically. Undoubtedly, the world should develop new, effective mechanisms to prevent such crimes, which have no place in the modern world.

At the same time, the world community must continue to convey the truth about the crimes of totalitarianism and honour their victims properly. Thus, as a part of the forum, the British-Chinese architect Tsz Wai So presented to the participants of the Platform a sketch project of the European memorial to the victims of totalitarianism of the 20th century , that won the international competition in 2018. An emotional memorial space in the form of letters from different years and countries of victims of totalitarianism is planned to be installed in the centre of Brussels. 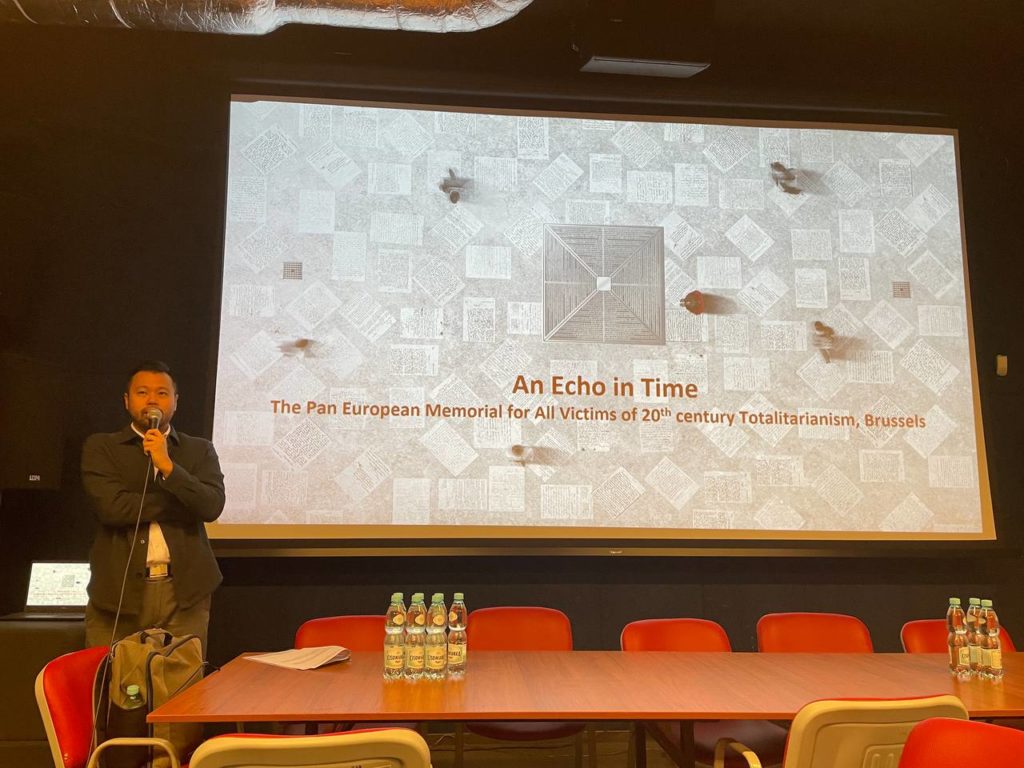 The activities of the working groups were productive – their participants have already started planning joint international projects for 2023. 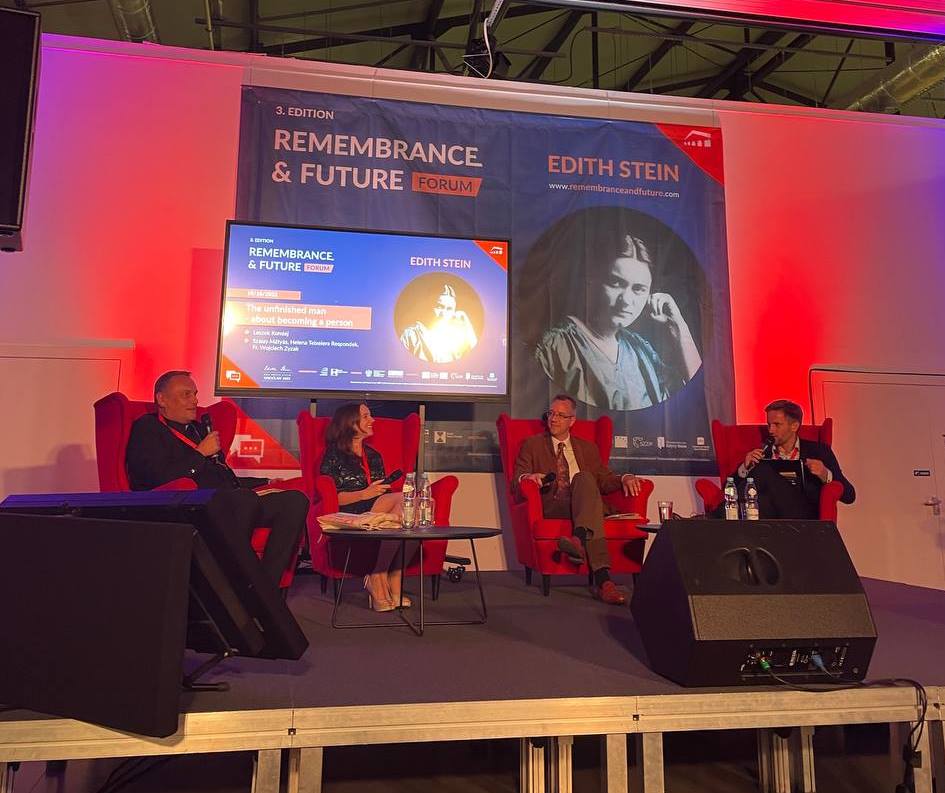 During the work of the forum.

It is worth reminding that the National Museum of the Holodomor-Genocide joined the Platform of European Memory and Conscience in 2015.

The Platform of European Memory and Conscience is an international project designed to investigate the activities and crimes of totalitarian regimes in Europe in the 20th century and to prevent the restoration of totalitarianism in Europe.